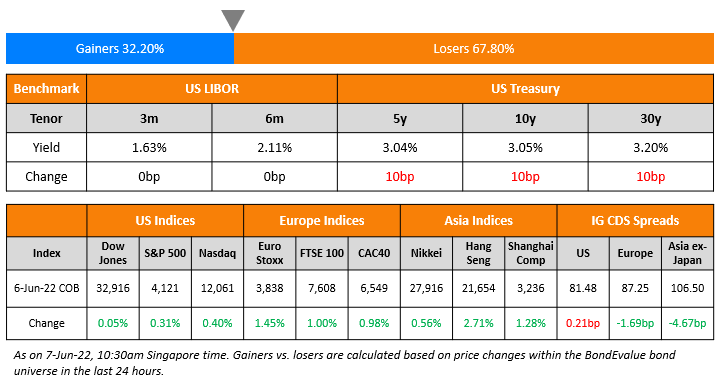 US equity markets ended slightly higher on Monday with the S&P and Nasdaq up 0.3% and 0.4%. Sectoral gains were led by Consumer Discretionary, Communication Services and Materials, up ~1% each. US 10Y Treasury yields jumped 10bp higher to cross the 3% mark. European markets were lower with the DAX and CAC down 0.2% each while FTSE was closed. Brazil’s Bovespa was down 0.8%. In the Middle East, UAE’s ADX was down 0.7% and Saudi TASI was up 1.3%. Asian markets have opened broadly higher today – Shanghai, HSI and Nikkei were up 0.5%, 0.1% and 0.4% respectively, while STI was down 0.2%. US IG CDS spreads widened 0.2bp and HY spreads were 3.9bp wider. EU Main CDS spreads were 1.7bp tighter and Crossover spreads were 9bp tighter. Asia ex-Japan CDS spreads tightened 4.7bp.

Despite Turkey’s inflation hitting a 23Y high of 73.5%, President Erdogan indicated that the country will continue cutting interest rates. 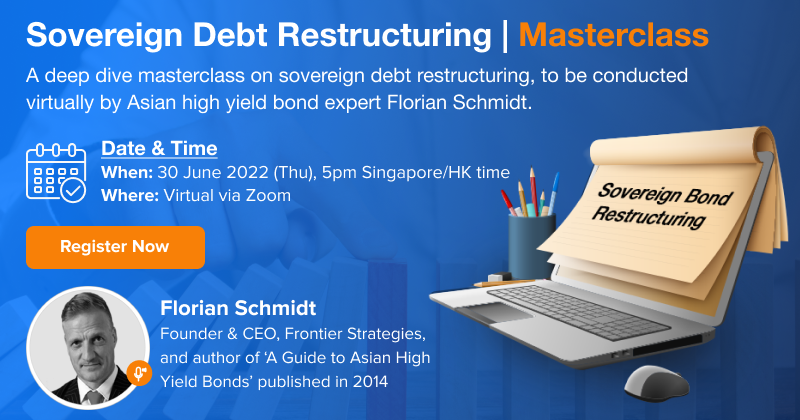 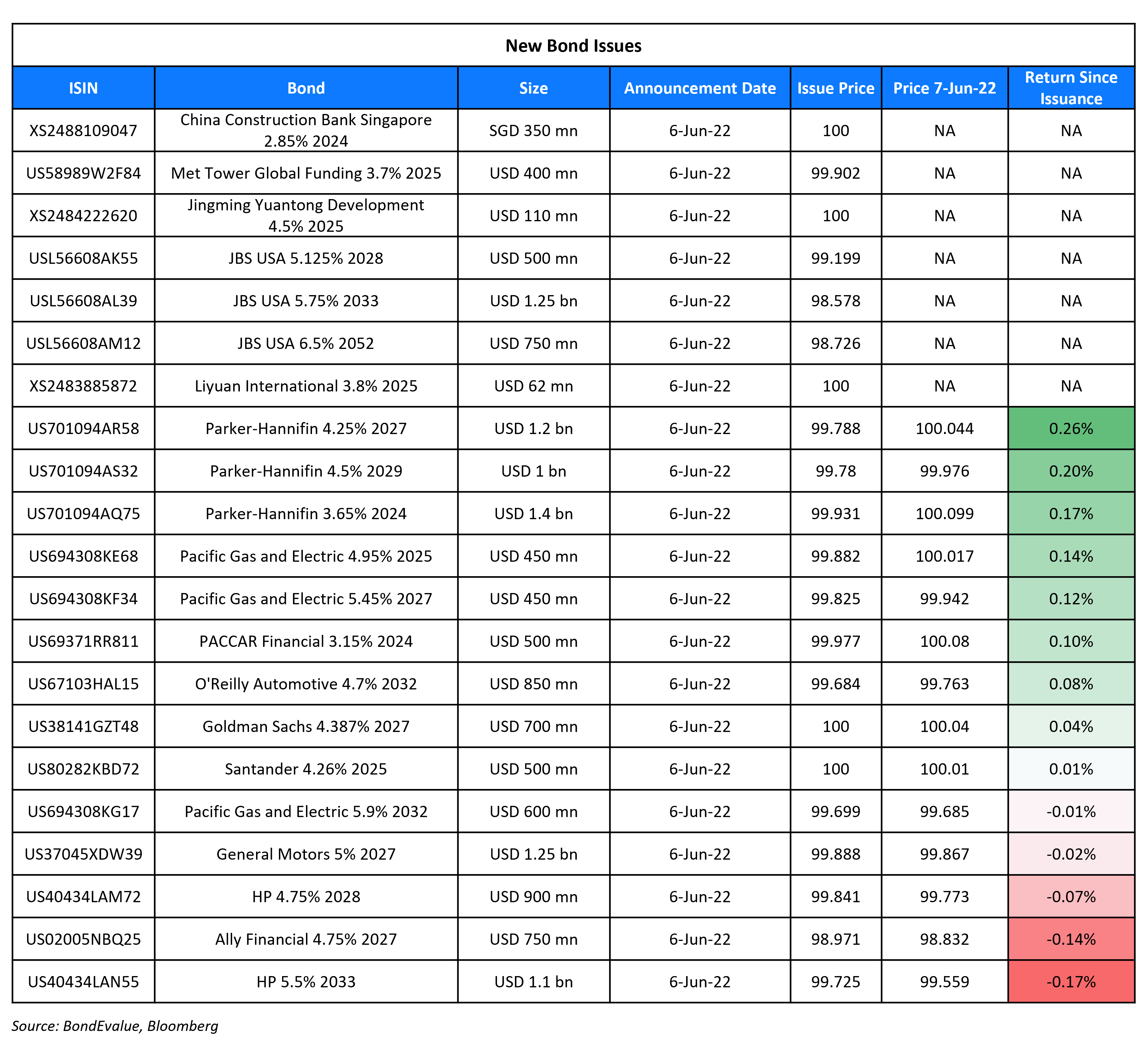 Goldman Sachs raised $700mn via a 5NC4 sustainability bond at a yield of 4.387%, 25bp inside initial guidance of T+160bp area. The senior unsecured bonds have expected ratings of A2/BBB+. Proceeds will be used to finance or refinance projects and assets that respond to critical environmental, social and/or sustainability issues as defined by Goldman’s eligibility criteria.

Banco Santander raised $500mn via a 3NC2 bond at a yield of 4.26%, 17bp inside initial guidance of T+170bp area. The senior unsecured bonds are rated Baa3/BBB+. Proceeds will be used for general corporate purposes and repayment of debt.

CCB Singapore raised S$350mn via a 2Y bond at a yield of 2.85%, 20bp inside initial guidance of 3.05% area. The senior bonds are rated A1 by Moody’s. Proceeds will be used for funding and general corporate purposes.

GM Financial raised $1.25bn via a 5Y bond at a yield of 5%, 20bp inside initial guidance of T+220bp area. The senior unsecured bonds have expected ratings of Baa3/BBB/BBB-. Proceeds will be used for general corporate purposes. The new bonds were priced at a new issue premium of 5bp over its existing 4.2% bonds due October 2027 that yield 4.95% in secondary markets.

Supranationals aka supras, are institutions owned or established by governments of two or more countries. These are generally established by international treaties to accomplish specific policy objectives like economic development, regional integration, expand cross-border trade etc. Multilateral lenders like the IMF, World Bank, ADB are some examples of supranationals. Recently, Turkey said it was planning to limit supply of lira liquidity in the offshore market by restricting local investors from purchasing new lira-denominated bonds issued by supranationals (IFC, World Bank, EBRD etc).

“This [data sets are showing rising inflation expectations] can be regarded as an important change from the perspective of aiming to achieve sustained inflation… In this situation, monetary tightening is not at all a suitable measure… The top priority for the bank is to persistently continue with the current aggressive monetary”

“This government will not raise interest rates. We will continue cutting them”

“With the policy rate 60% below inflation, I don’t think it makes much of a difference if it’s 14%, or 10%, or 5%. Erdogan’s comments reinforce the point that policymakers are not going to be deterred from their low-rates commitment.”

“What we have here is a pretty powerful tension between drags that are not going away and a very resilient private sector, with the health of both households and corporates being quite remarkable right now…. We don’t see a near-term recession. We see a global economy which actually does OK in the second half of the year… There’s no real reason to be worried about a recession. There is some slowing in the picture” 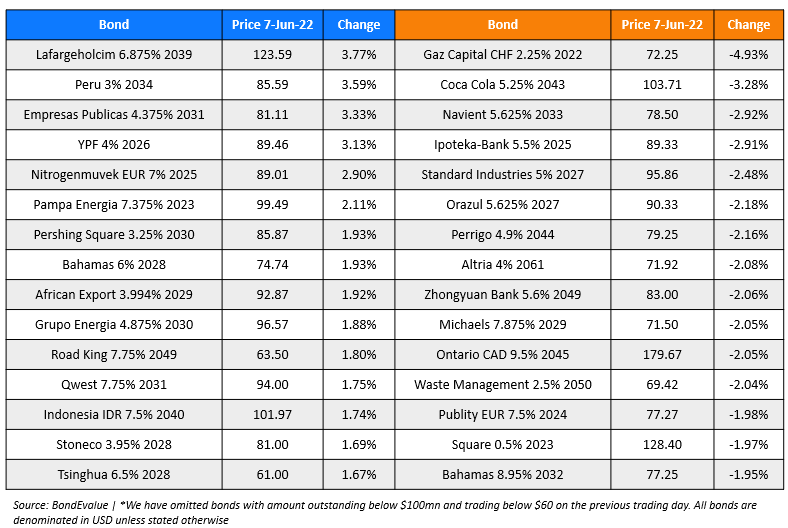