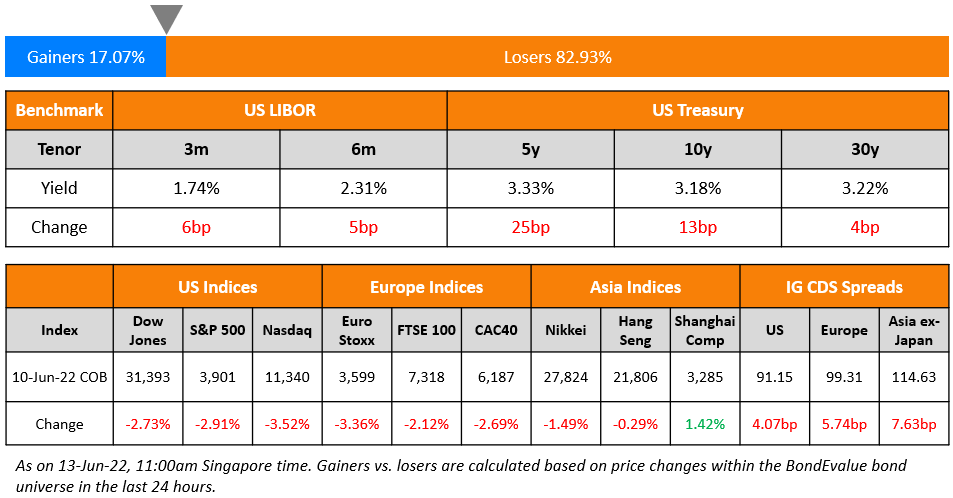 US inflation jumped to another new high with CPI at 8.6% YoY for May with some analysts now stating that a surprise 75bp hike is also possible in its meeting next week. Separately, credit markets across all currencies are down over 10% YTD, its worst fall in decades. In particular, the Bloomberg Euro high grade and aggregate bond indices have eclipsed all prior years’ worst losses. 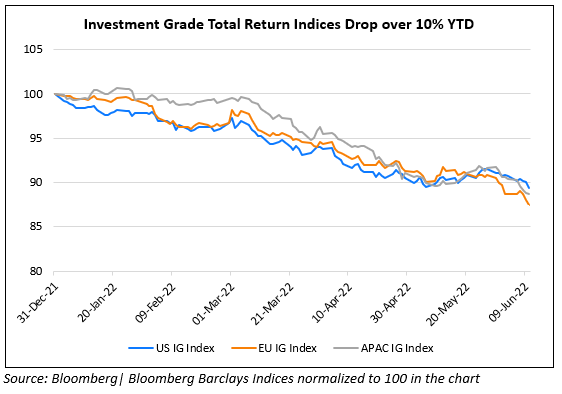 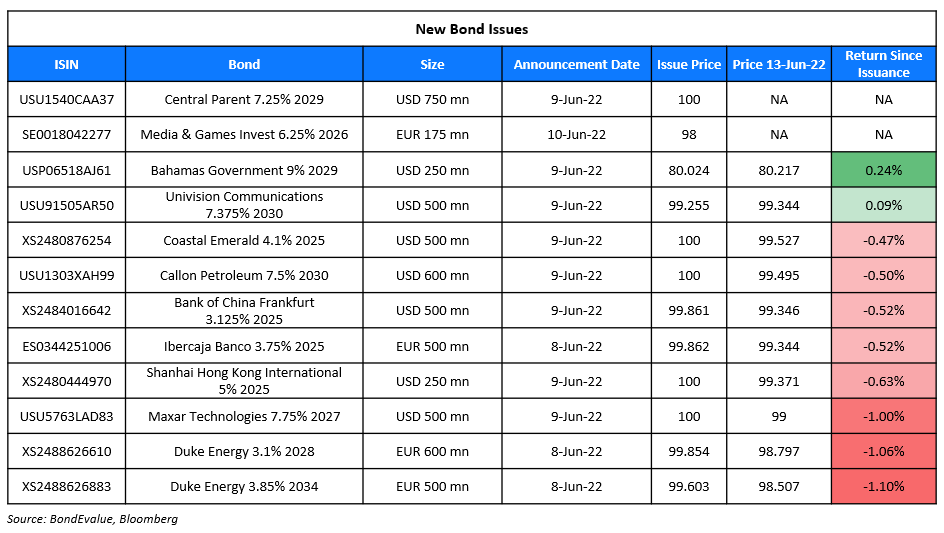 “Today’s report should extinguish any pretense that a ‘pause’ in rate hikes will likely be appropriate by the end of summer, as the Fed is clearly still behind the eight ball on bringing inflation under control”

On Investors anticipating too much tightening from the ECB – BlackRock

“I would say this is a good opportunity for the ECB to end [its bond-buying programme] and negative rates. But after that I think they may need to slow down. The situation argues for going quite carefully… Hikes will have a massive impact on the property market… Inflation has increased much more than the market expected and much more than I expected.”

On Fed Task Gets Tougher, Putting 75-Basis-Point Hike Back in View

“Even in these fast-moving times, the Fed is likely to be reluctant to surprise markets, which keeps the chance of a 75 basis-point surprise at next week’s meeting small. However, we could see Chair Powell at the post-meeting press conference more clearly signal that 75 basis-point hikes are on the table for future meetings if we don’t see a let-up in inflation.”

“The US central bank now has good reason to surprise markets by hiking more aggressively than expected in June. We realize it is a close call and that it could play out in either June or July. But we are changing our forecast to call for a 75 basis point hike on June 15.” 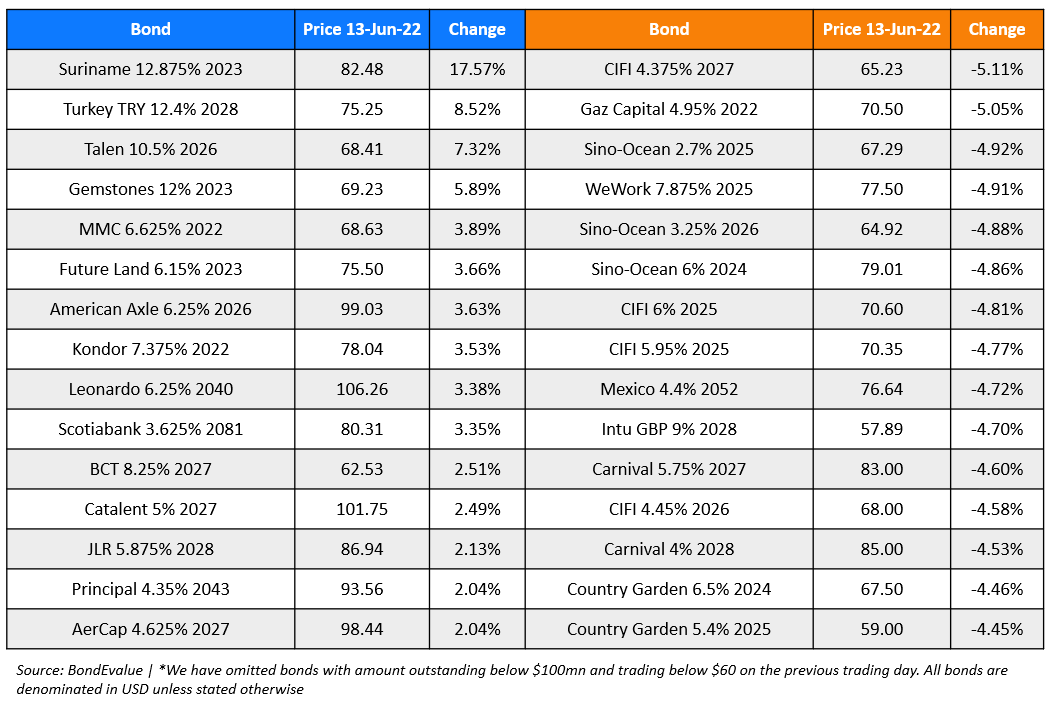