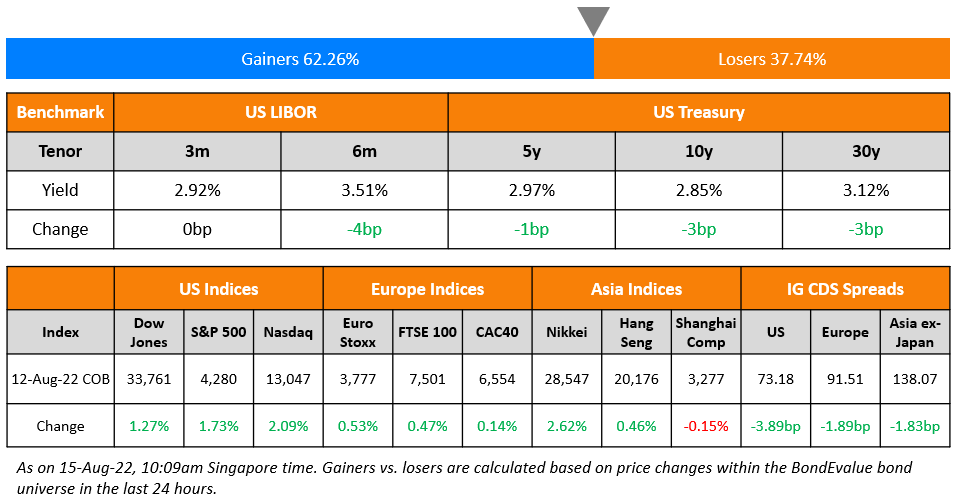 US equity markets saw a sharp uptick on Friday, with the S&P and Nasdaq up 1.7% and 2.1% respectively. The rise in equities came after the import price index, an inflation gauge, fell for the first time in seven months, by 1.4% in July. This was the largest monthly drop since April 2020. US 10Y Treasury yields eased by 3bp to 2.85% post the soft data release. Across European stocks, the DAX, CAC and FTSE were up 0.7%, 0.1% and 0.5%. In the Middle East, the ADX was down 0.5% on Friday and the Saudi TASI was down 0.1% on Sunday. Asian market have opened on a soft note – Shanghai, HSI and STI were down 0.1%, 0.2% and 0.1% respectively while Nikkei was up 1%. US IG CDS spreads tightened 3.9bp and US HY spreads were tighter by 20.1bp. EU Main CDS spreads were 1.9bp tighter and Crossover spreads tightened by 16.1bp. Asia ex-Japan IG CDS spreads were 1.8bp narrower.

A Selective Default (SD) credit rating is assigned by S&P when the rating agency believes that the obligor/issuer has selectively defaulted on a specific issue or class of obligations but it will continue to meet its payment obligations on other issues or classes of obligations in a timely manner. A rating on an obligor/issuer is also lowered to D or SD if it is conducting a distressed debt restructuring.

“I have a negative view on both equities and bonds now because interest rates will continue to rise. That also suggests that Treasuries are not the best place to go as a haven right now if you are concerned about equities.’’

“This anti-60/40 thing is nonsense. Every time we had a major growth scare over the last year, you’ve seen the 10-year Treasury yield rally. So all the characteristics of bonds, being a defensive player, are absolutely still there.’’

Lisa Hornby, head of US Multi-Sector Fixed Income at Schroders

In fact, the idea that inflation may have peaked, in our humble opinion, may be correct directionally, but may also be a little bit of a head fake with regard to this idea that, hey, game over, problem solved, the Fed has conquered the day, and Fed credibility is back and all of that… inflation coming down toward something closer, having core inflation come down to something below 4% means he still has about another 150, 175 basis points to go on fed funds, and he’s probably going to have to get there sooner rather than later.

Lisa Hornby, head of US multi-sector fixed income at Schroders

“Now we have a higher degree of certainty — inflation seems to have peaked and we realize that the economy seems to break down when 10-year yields get to around 3.5% — so we know it’s somewhere around there the Fed needs to get”

“Despite the weakening outlook, the ECB will have to strengthen its credentials as an inflation fighter and continue to raise rates”

“I think Powell will hike through neutral — and more than what the market is pricing — so US Treasuries are more vulnerable here, whereas the ECB has an excuse to stop hiking” 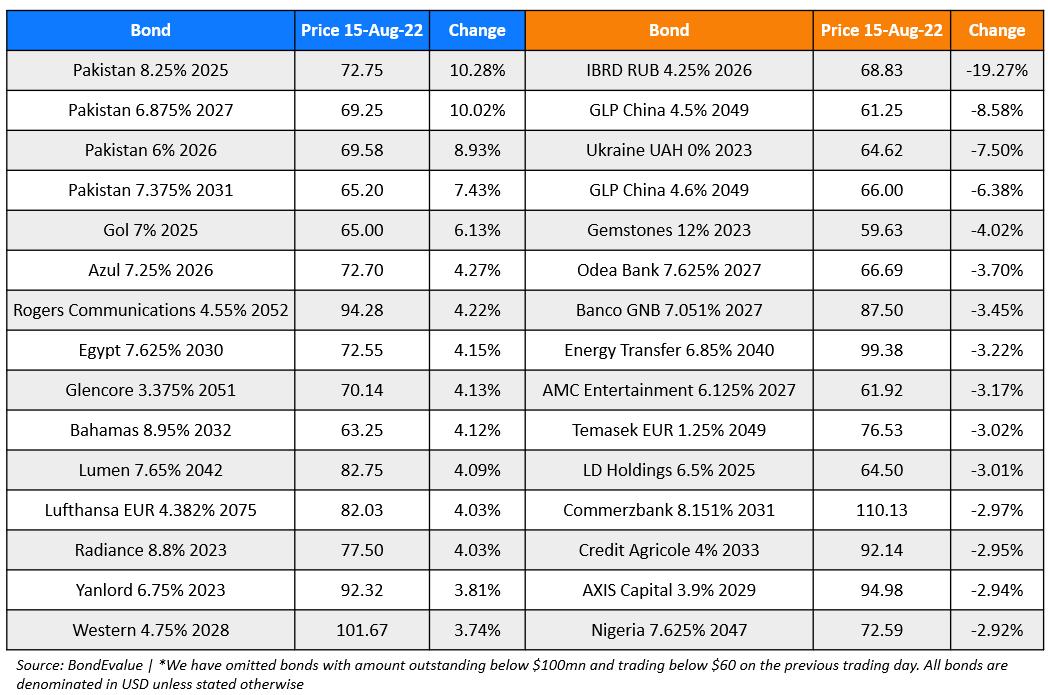