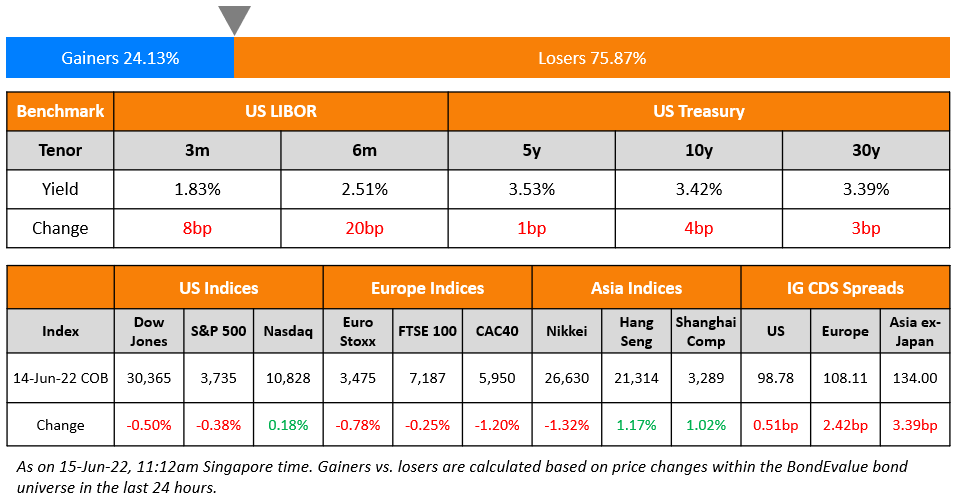 US equity markets trimmed down the heightened daily losses over the last few days with the S&P down 0.4%, while Nasdaq was up 0.2% on Tuesday. Sectoral losses were led by Utilities, down over 2.6% followed by Consumer Staples and Health Care, down over 1.3% and 1% respectively. US 10Y Treasury yields rose 4bp to 3.42% ahead of the FOMC meeting due later today. European markets ended lower with the DAX, CAC and the FTSE down 0.9%, 1.2% and 0.3% each. Brazil’s Bovespa was down 0.52%. In the Middle East, UAE’s ADX was up 0.9% while Saudi TASI closed 0.3% lower on Tuesday.  Asian markets have broadly higher – Shanghai, HSI, were up 1.4% each, STI rose 0.5% while Nikkei was down 0.7%. US IG CDS spreads widened 0.5bp and HY spreads were 0.3bp tighter. EU Main CDS spreads were 2.4bp wider and Crossover spreads were 10bp wider. Asia ex-Japan IG CDS spreads widened 3.4bp. 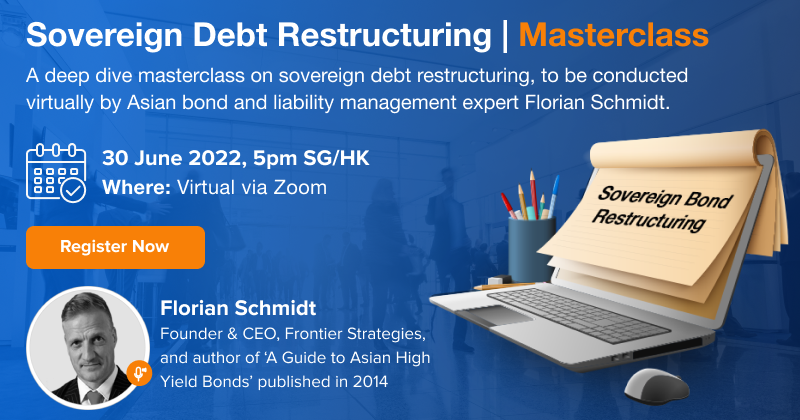 Authorized Participants (APs) are market participants, generally institutions that transact directly with the ETF provider in the primary market. They are responsible for changing the supply of ETF shares in the market by creating and redeeming shares in an ETF. They differ from market makers who provide liquidity in secondary markets. As FT notes, when there is a shortage of ETF shares, APs create more shares and when the ETF price moves below that of its underlying securities, APs will take ETF shares out of the market and return them to the ETF provider. These activities help keep the ETF aligned to the value of its underlying assets, its net asset value (NAV).

Bloomberg notes that prices in two of the largest high-yield ETFs closed at steep discounts to the value of their underlying assets. APs generally help correct such price inconsistencies but during the recent volatility the ability to repair it has been more difficult as liquidity has become thin.

“The Federal Reserve has allowed inflation to get out of control. Equity and credit markets have therefore lost confidence in the Fed. Market confidence can be restored if the Fed takes aggressive action with 75 bps tomorrow and in July, and a commitment to continued aggressive FF increases and QT until it is clear that inflation has been tamed…Assuming a 4% terminal rate gets it done is hopium. Hopefully, 5-6% gets it done if the Fed gets there quickly.”

“Quite simply, when we see monetary tightening the order of what we are seeing globally, something is going to break…Stock markets are reflecting the reality of the first-order effect of tighter financial conditions…I think there are other shoes to drop,”

On Worries about Global Recessions and Germany’s Problems

“If people are worrying about a global recession, Europe’s economic engine, Germany, is a very export driven economy and that would be a potential problem as well…There is also a nagging sense that the European banking system is still not in the best of health and that would be another potential weight on growth.”

On World’s Central Banks Getting It Wrong, and Economies Paying the Price

“All international institutions, all forecasters of repute have actually made the same mistake of underestimating the crisis” 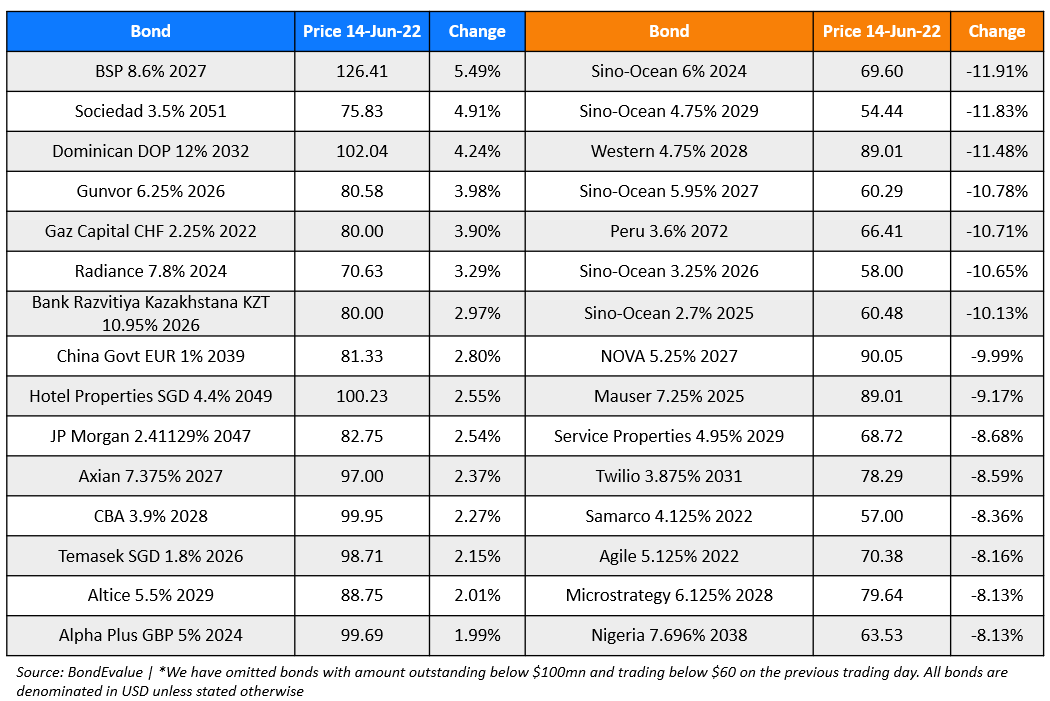