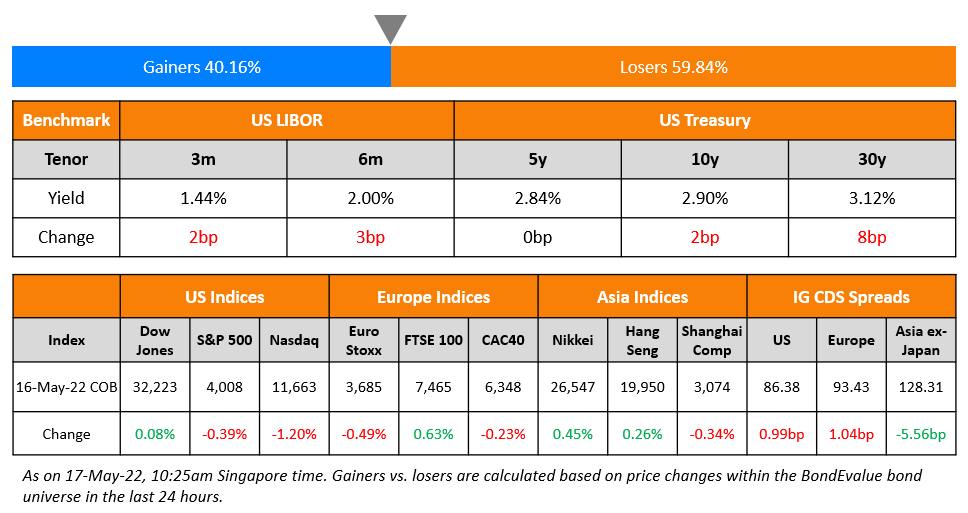 US equity markets ended lower on Tuesday, with the S&P down 0.4% and Nasdaq falling 1.2% after a recovery on Friday. Sectoral gains were led by Energy, up 2.6% while losses were led by Consumer Discretionary, down over 2.2%. US 10Y Treasury yields were 2bp higher to 2.9%. European markets were broadly lower with the DAX and CAC down 0.5% and 0.2% while FTSE was up 0.6%. Brazil’s Bovespa closed 1.2% higher. In the Middle East, UAE’s ADX was flat while Saudi TASI fell 1.8%. Asian markets have opened on a positive footing – Shanghai, HSI, STI and Nikkei were up 0.2%, 2.2%, 0.5% and 0.2% respectively. US IG CDS spreads widened 1bp while HY spreads widened 8.5bp. EU Main CDS spreads were 1bp wider and Crossover spreads were 4.9bp wider. Asia ex-Japan CDS spreads were 5.6bp tighter. 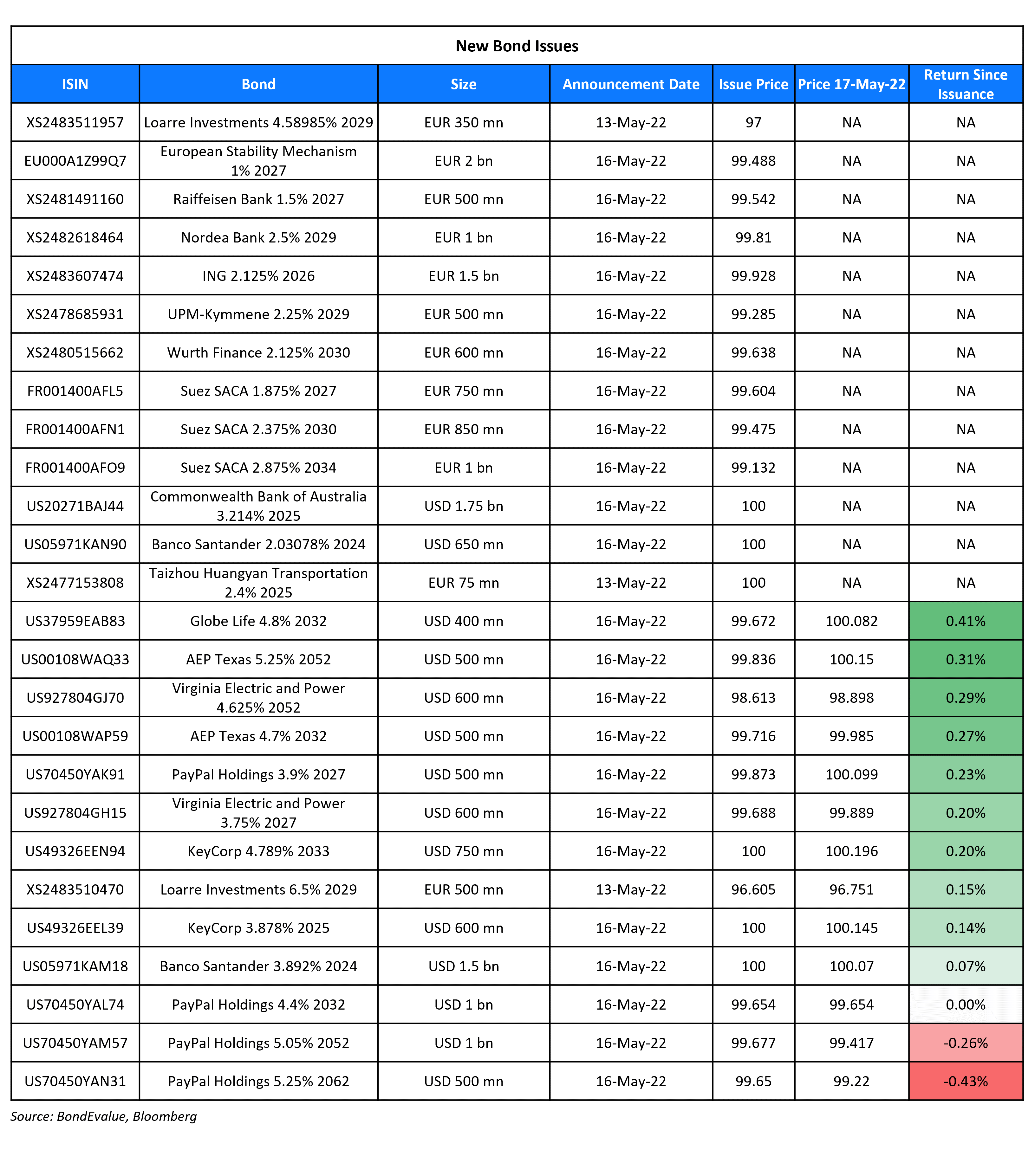 Banco Santander raised $2.15bn via a two-tranche deal. It raised:

The bonds have expected ratings of A2/A+. Proceeds will be used for general corporate purposes. The bonds can be redeemed early for tax reasons as follows: If as a result of any change/amendment to the laws or regulations of Spain, Banco Santander shall determine that (a) Banco Santander would be required to pay additional amounts as described in the prospectus or (b) Banco Santander would not be entitled to claim a deduction in computing tax liabilities in Spain in respect of any interest to be paid on the next interest payment date or (c) the applicable tax treatment of any notes changes in a material way that was not reasonably foreseeable at the issue date.

PayPal raised $3bn via a four-part deal. It raised

The bonds have expected ratings of A3/A-. The proceeds will be used to fund the purchase of notes under a tender offer while remainder amount will be used for general corporate purposes. This may include funding the repayment or redemption of its 2022 and 2023 notes that have not been validly tendered, as well as other outstanding debt, share repurchases, ongoing operations, capital expenditures and possible acquisitions of businesses or assets or strategic investments.

Cross default is a covenant included in bond and loan documents that puts an issuer in default if it has defaulted on another debt instrument. Cross defaults tend to have a domino effect, which puts the issuer under further pressure of making accelerated repayments and reduces its ability to refinance.

“Let me stress this: we will carefully monitor developments in the effective exchange rate, as a significant driver of imported inflation… A euro that is too weak would go against our price stability objective… I won’t add my precise calendar prediction to the many existing ones, but expect a decisive June meeting, and an active summer… The pace of the further steps will take into account actual activity and inflation data with some optionality and gradualism, but we should at least move toward the neutral rate.”

“It is indeed a double whammy situation that they will face, not only about this weaker revenue but on the other hand it’s this weaker currency plus higher yield. I think definitely there will be more concerns in terms of repayment ability as we have seen the default ratio, which is dominated by real estate developers in the offshore market, has increased.”

On Sri Lanka Stumbling Toward Its First Default on Foreign Debt

“Without an agreement, there will be a formal default. Legally that matters. But for markets, Sri Lanka is already de facto in default, so the price effect of such an event is probably not going to be significant.”

“The prime minister quitting was something that was really needed… Hopefully, it will start to clear the air and clear the streets.” 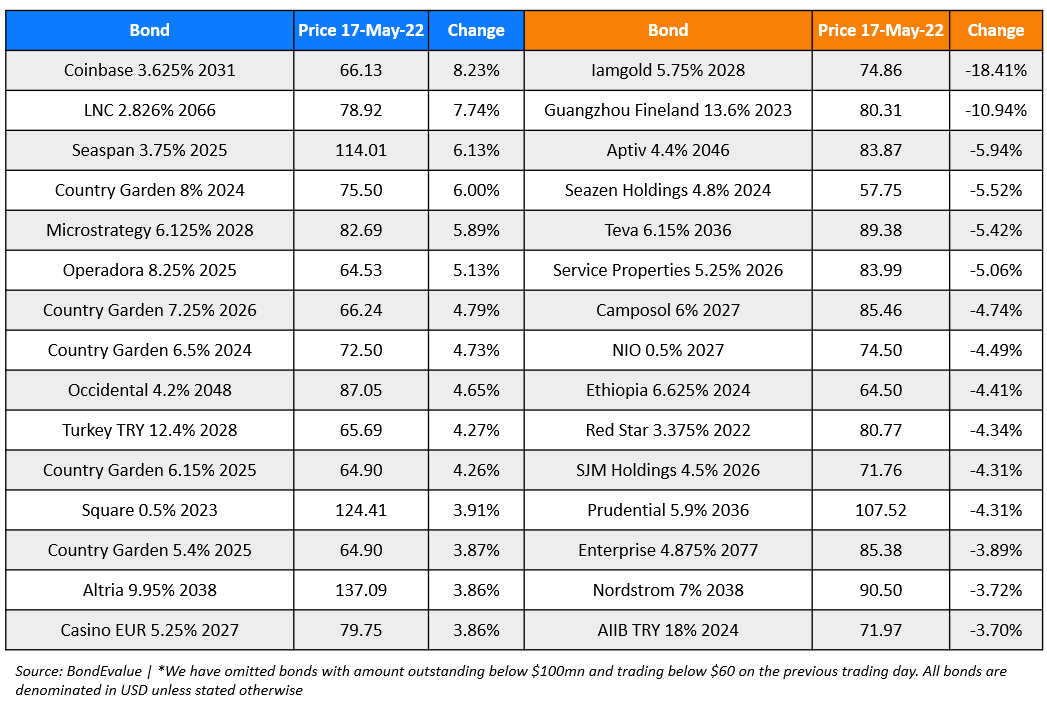