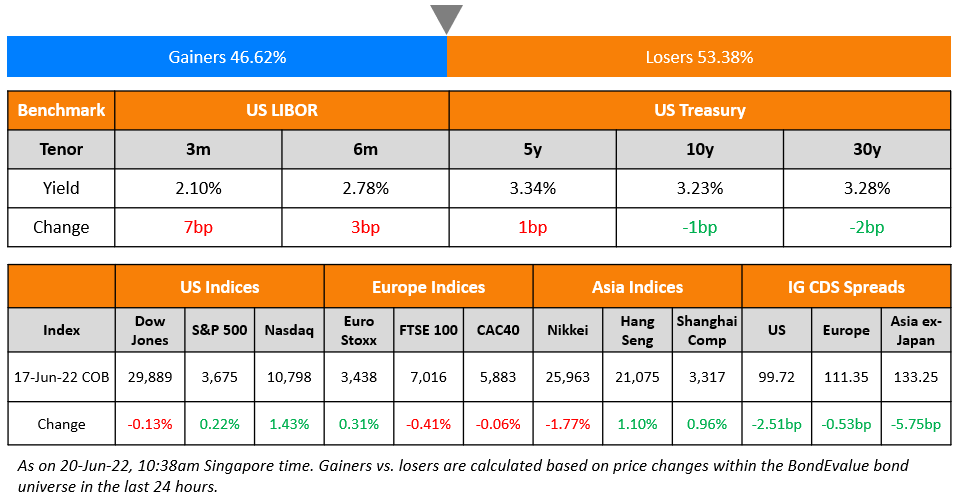 US equity markets ended higher on Friday with the S&P and Nasdaq up 0.2% and 1.4%. Sectoral gains were led by Communication Services and Consumer Discretionary that rose over 1.2% each. US 10Y Treasury yields were 1bp lower at 3.23%. European markets were mixed with the DAX up 0.7% while CAC and FTSE were down 0.1% and 0.4% respectively. Brazil’s Bovespa was down 2.9%. In the Middle East, UAE’s ADX closed 0.5% lower on Friday while and Saudi TASI was 4.4% lower on Sunday, following a 6% slump in crude oil prices. Asian markets have opened mixed – Shanghai was flat, STI and Nikkei were down 0.43% and 1.74% respectively while HSI was up 0.78%. US IG CDS spreads tightened 2.5bp and HY spreads were narrower by 11.8bp. EU Main CDS spreads were 0.5bp tighter and Crossover spreads were also narrowed by 4.7bp. Asia ex-Japan IG CDS spreads tightened 5.8bp. 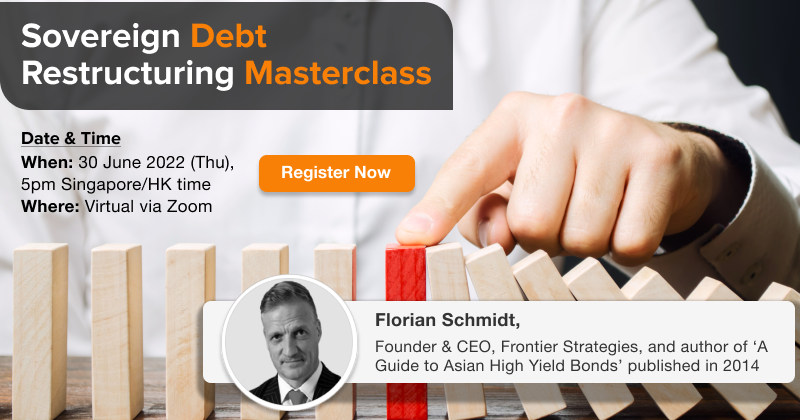 Term of the Day: Haircut

On Fed’s Waller Backs 75 Basis-Point July Hike, Says Fed Is ‘All In’

“The Fed is ‘all in’ on re-establishing price stability. I don’t care what’s causing inflation, it’s too high, it’s my job to get it down. The higher rates and the path that we’re putting them on, it’s going to put downward pressure on demand across all sectors… Right now we’ve not seen inflation like this in 40 years and that’s the most important thing you’ve got to worry about.”

“We’ve had high inflation so far this year, and that locks in higher inflation for the rest of the year… These factors are unlikely to diminish immediately. There are so many uncertainties related to global developments… We have real strengths in this economy

“We are firmly committed to contain unwarranted fragmentation that would impair monetary-policy transmission.. We are fully committed to preventing fiscal dominance — and/or financial dominance, for that matter”

“If people are worried about growth, then bonds, at current yield levels, are now becoming a much better diversifier…When you stop worrying too much about inflation and go back to worrying a bit more about where growth lands, bonds are important for a portfolio.”

“There is still potential for a bearish shock for Treasury yields…You need to come up with new ways to protect your portfolio and stop relying only on bonds.”

“According to the model, the probability of a soft landing — defined as four-quarter GDP growth staying positive over the next ten quarters — is only about 10%…Conversely, the chances of a hard landing — defined to include at least one quarter in the next ten in which four-quarter GDP growth dips below -1%, as occurred during the 1990 recession — are about 80%.