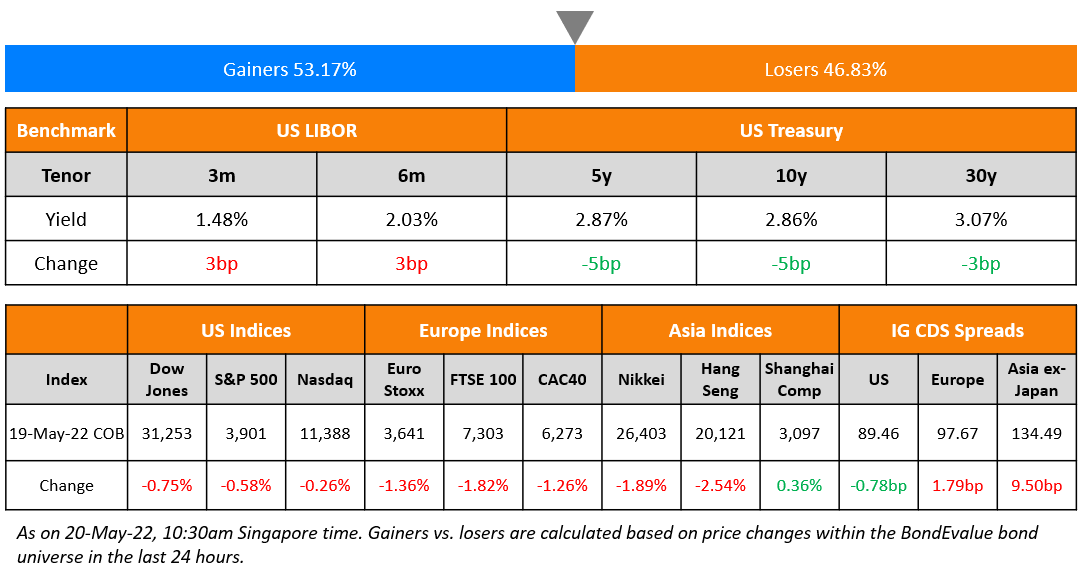 The US Philly Fed manufacturing index fell by 15 points to 2.6 in May, its lowest monthly reading in two years. This was significantly worse than expectations of a 16 print. US initial jobless claims rose 21k to 218k, above the 200k forecast. 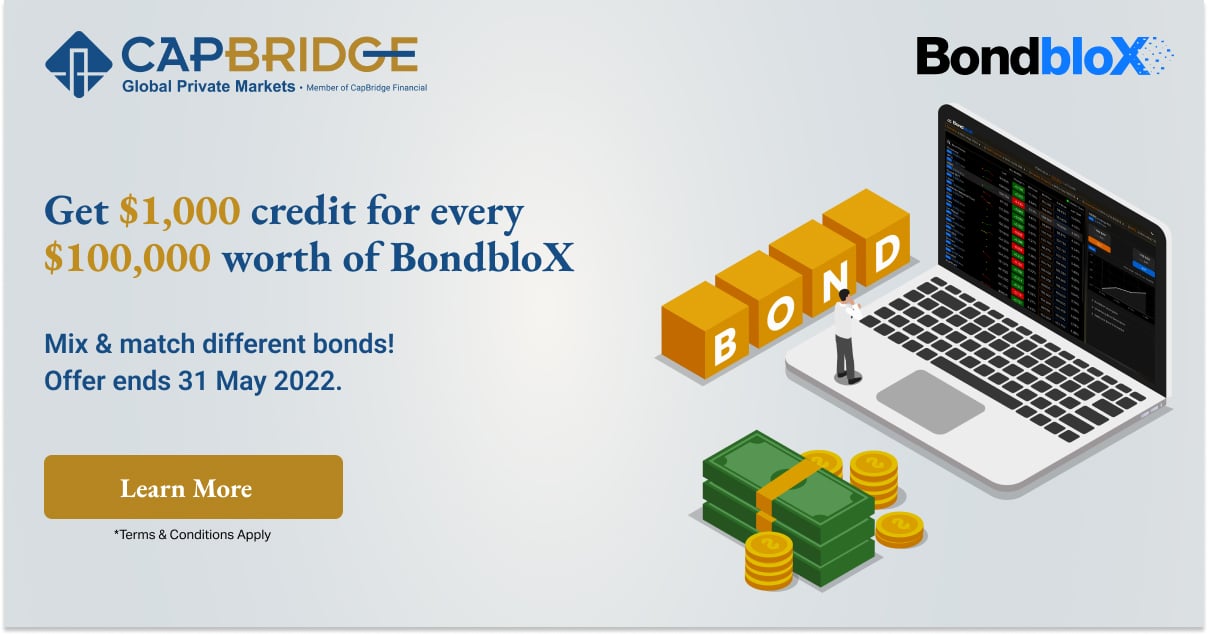 Astrea VII raised ~$755.75mn via a multi-currency three-trancher (scroll below for details)

Avic International raised $mn via a 3Y bond at a yield of %, 45bp inside initial guidance of T+175bp area. The bonds are rated A- by Fitch. Soar Wise is the issuer and the bonds guaranteed by Avic International. The bonds have a change of control put at 101. Proceeds will be used for debt replacement.

Collateralization refers to the process of securing a loan with a valuable asset, known as collateral. The assets/collateral is provided by the borrower so that in the event of a default, the lender can take possession of the asset to cover the debt. The amount that is lent is typically a percentage (for example 60-90%) of the collateral provided.

Gregory Faranello, head of US rates trading and strategy for AmeriVet

“There are signs the economy is losing momentum, financial conditions are tightening, while the Fed is saying policy may go beyond neutral”. A further decline in the 10-year yield faces a challenge around 2.72%, but after that “a drop to 2.5% is not out of the question.”

Stock and bond moves are “a sign that markets are more confident in central banks’ ability to quash inflation eventually. “For the same reason, we’re also seeing curves flatten”… “It is far too early for central banks to tone down their hawkish rhetoric so front-end bonds cannot rally as much as the long-end.”

On Policy “not aimed” at equity markets, but it will be felt there – Kansas Fed president Esther George

“What we are looking for is the transmission of our policy through markets’ understanding that tightening should be expected… It is not aimed at the equity markets in particular but it is one of the avenues through which tighter financial conditions would emerge… Where I am focused on when ‘enough is enough’ is looking at our inflation target. Right now inflation is too high and we will have to make a series of rate adjustments… We are good at 50 basis points right now and I would have to see something very different to say we need to go further than that”

Treasuries can still “get somewhat higher yields, maybe you get to as high as 3.25%… But I think the truth is that a lot of the near term move has already happened at this point. We’ve already had a pretty big correction.”

Mac Gorain, a former fixed-income PM at the Bank of England

“Recession next year is a very serious possibility… You’ll have seen monetary policy tightening starting to impact growth, you’ll have less support from fiscal policy, it’s hard to see any big fiscal stimulus in the US after mid-term elections.” 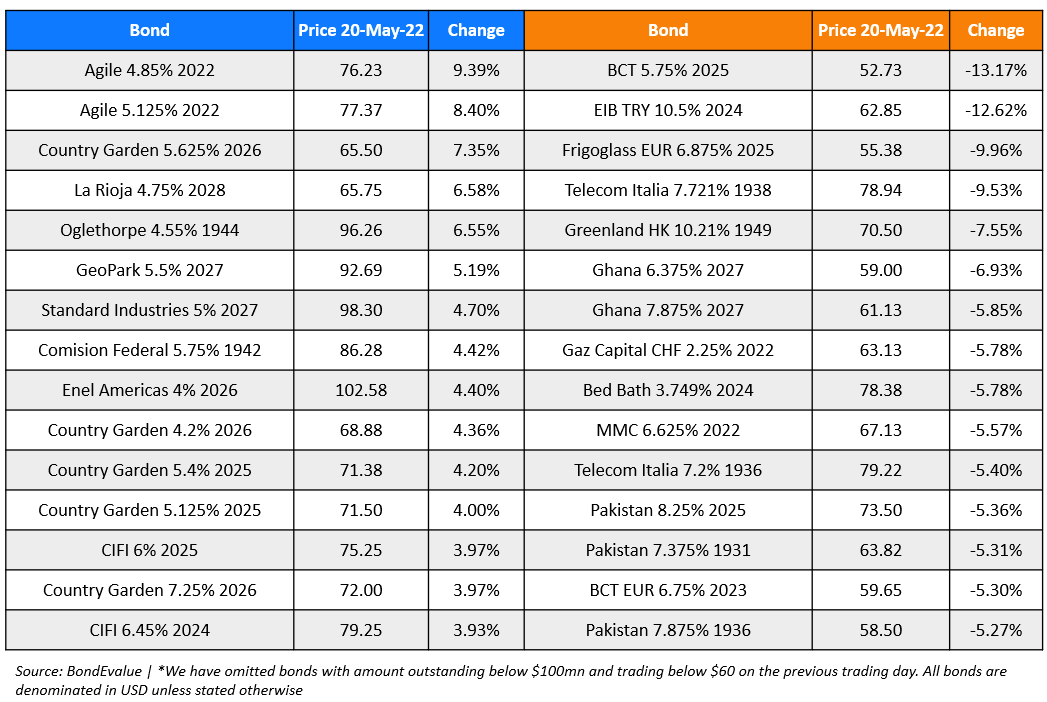