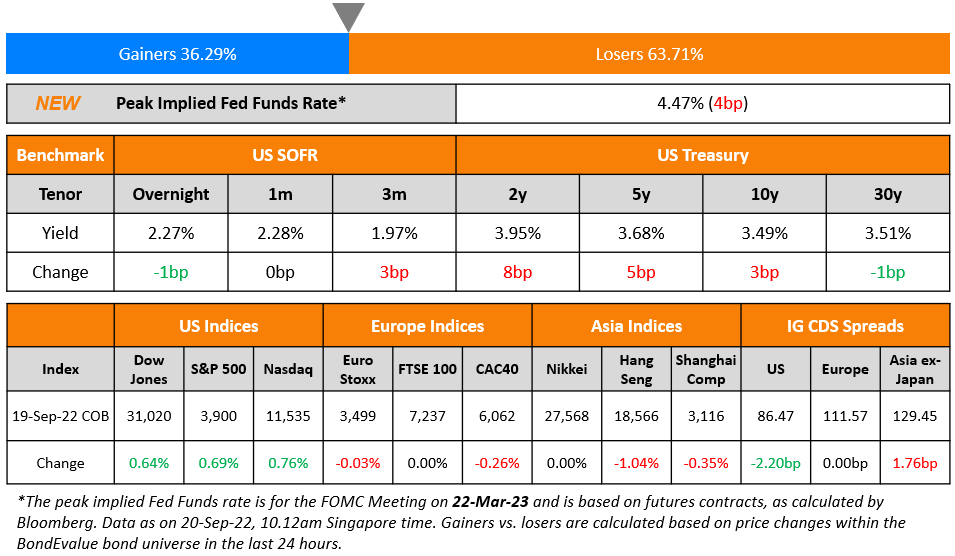 US 2Y benchmark yields rose 8bp to 3.95%, its highest since 2007. The rise in yields was seen further down the curve too, albeit to a lesser extent, with the 10Y up 3bp to 3.49%, its highest level since 2011. The curve thus witnessed a bear flattening move ahead of Wednesday’s FOMC meeting. 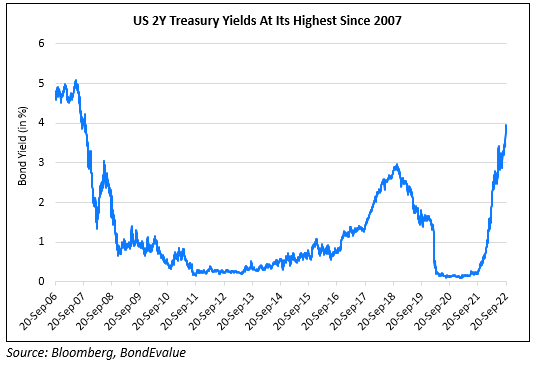 The peak Fed Funds Rate currently stands at 4.47% for the FOMC’s March 2023 meeting, 4bp higher over the course of the day. US credit markets saw IG CDS spreads tighten by 2.2bp and US HY spreads tightening 14.6bp. US equity markets started the week in the green with the S&P and Nasdaq up 0.7% and 0.8% respectively.

European equity markets were mixed, and the credit markets saw EU Main CDS spreads flat while Crossover spreads moved 14.7bp higher. The ECB said that it will skew its regular corporate bond purchases towards companies that emit less carbon. Moving east, Asia ex-Japan CDS spreads widened 1.8bp as Asian equity markets have opened broadly positive today, up ~0.5%. Core CPI in Japan rose 2.8% in August vs. forecasts of 2.7% due to higher raw material costs and a weaker Yen. For the fifth straight month, inflation has trended above the BoJ’s 2% target with headline inflation surging 3%, the highest in three decades.

Term of the Day: SOFR

Secured Overnight Financing Rate (SOFR) is a broad measure of the cost of borrowing cash overnight collateralized by Treasury securities. SOFR is calculated as a volume-weighted median of three rates – tri-party repo data collected from BNY Mellon, General Collateral Financing (GCF) Repo transaction data and data on bilateral Treasury repo transactions cleared through FICC’s DVP service, which are obtained from DTCC Solutions LLC. SOFR was selected as the representative rate for use in USD derivatives, and was suggested as an alternative to LIBOR.

Fed is likely to hike this week, and probably won’t hint at slowing its tightening, which is one of the reasons there’s a “more cautious backdrop” for investment-grade notes this week.

“A competition to see who can hike faster… It takes time to cool off inflation… If you start talking about only focusing on current inflation as your main indicator, you’re going to be late in stopping” 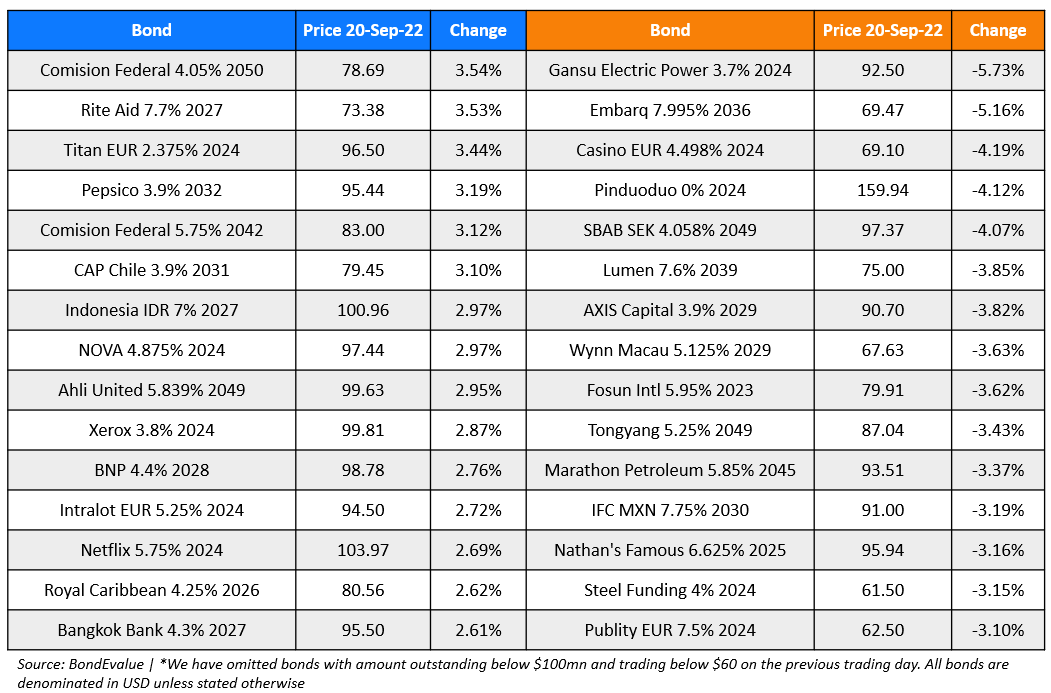