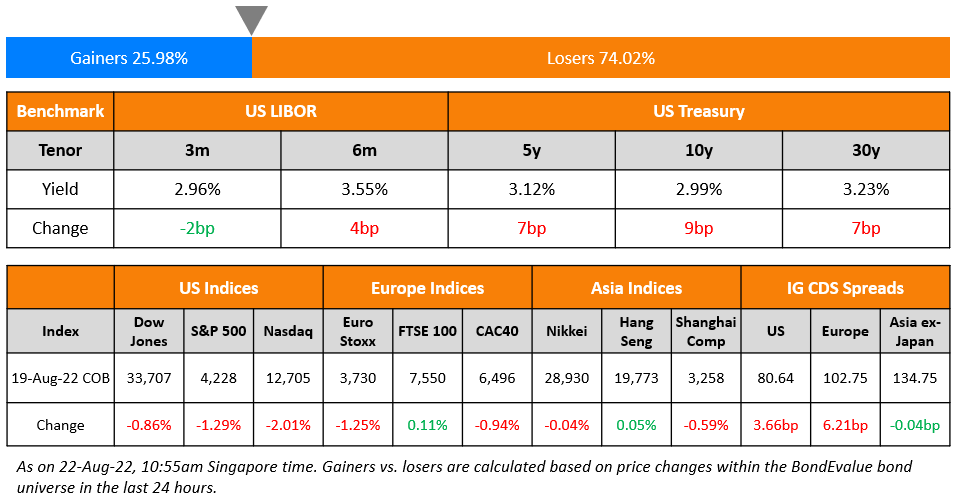 US equity markets ended weaker on Friday with the S&P and Nasdaq down 1.3% and 2% respectively. Sectoral losses were led by Consumer Discretionary declining 2.1%, followed by Financials falling 2%. US 10Y Treasury yields were 9bp higher at 2.99%. European markets were mixed – DAX and CAC fell 1.1% and 0.9% respectively while FTSE rose 0.1%.  Brazil’s Bovespa was down 2%. In the Middle East, UAE’s ADX ended lower 0.1% on Friday and Saudi TASI down 0.5% on Sunday. Asian markets have opened mixed – Shanghai, HSI and STI rose 0.6%, 0.2% and 0.6% respectively while Nikkei was down 0.4%. US IG CDS spreads widened 3.7bp and US HY spreads were wider by 23.5bp. EU Main CDS spreads were 6.2bp wider and Crossover spreads were widened by 33bp. Asia ex-Japan IG CDS spreads were flat.

Post its 100bp rate cut, Turkey revised its reserve requirement ratio from 20% to 30% for treasury bond collateral requirements. The central bank also asked banks to maintain an amount equal to loans that exceed the 10% loan growth rate level (vs. end-2022) for a year, in the form of securities. As per the new measures, banks need 90% in bond collateral if a commercial loan is given at more than 1.8x the reference rate. The central bank is trying to ensure banks to cut commercial loan rates to below the 30%-level with the higher collateral requirement. 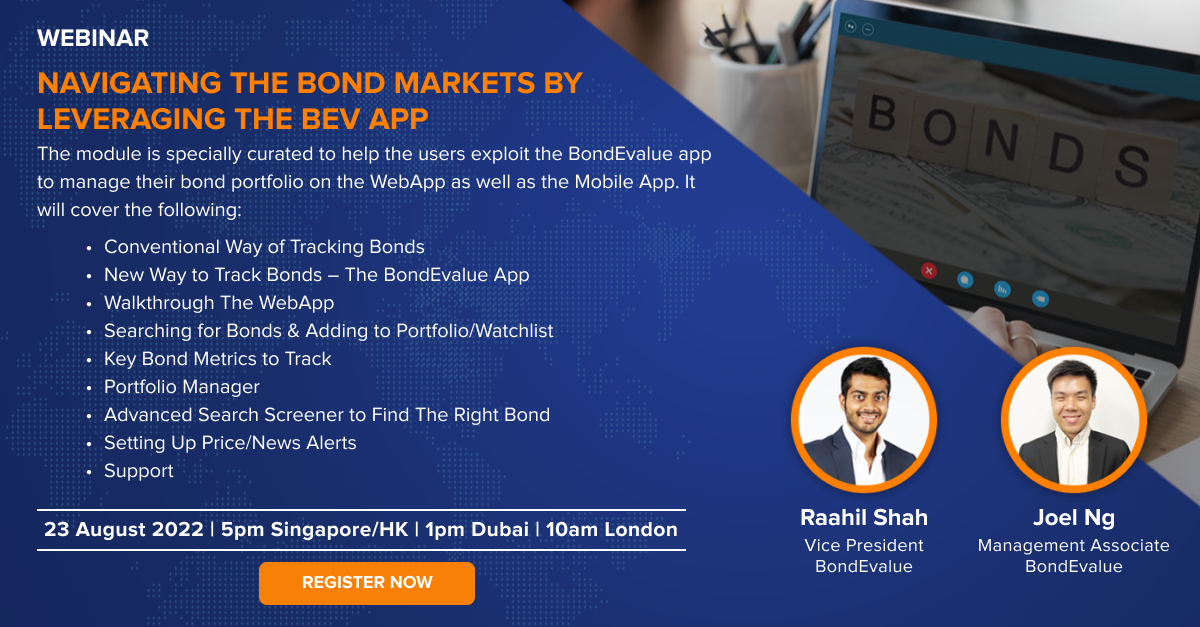 Local government financing vehicles or LGFVs are debt-issuing entities set up by local governments in China to fund infrastructure and related projects. LGFVs came into existence because local governments were prohibited from raising debt directly. Hence, these local governments set up off-balance sheet entities known as LGFVs. LGFVs have become popular over the past decade and are regular issuers of Chinese yuan and US dollar bonds. While these issuers are backed by local governments, there were concerns among investors about their ability and willingness to repay debt driven by events in the past when LGFVs defaulted on their bonds.

Bloomberg analysts note that Chinese LGFV debt are slowly rising to popularity due to the vast number of defaults in the property sector, as investors are looking for safer assets in the sector.

“Given high inflation, further interest-rate hikes must follow. The past few months have shown that we have to decide on monetary policy from meeting to meeting… It will be crucial to keep medium-term inflation expectations stable at 2%”

Laura Rosner-Warburton, a senior US economist at MacroPolicy Perspectives

“That’s everyone’s top-of-mind question: How much will Powell micro-manage financial conditions? We have reached a point where the economy is showing signs of slowing”

Kevin Cummins, the chief US economist at NatWest Markets

“They are so focused on doing this partly just because they screwed up last year with the whole ‘transitory’ thing, and they realize that the one thing they can do now is tighten policy, and that will slow inflation”

“A recession is a necessary evil and the only way to get to where we want to be – where people don’t lose all their money to higher prices. It doesn’t have to be a heavy one because usually big recessions occur in conjunction with financial crisis and at the moment household balance sheets are strong.”

“Stubborn inflation continues to pose the single biggest threat to the economy. Inflation may not fall according to plan. In this event, policy rates would need to be much more restrictive, somewhere in the 4%-5% range” 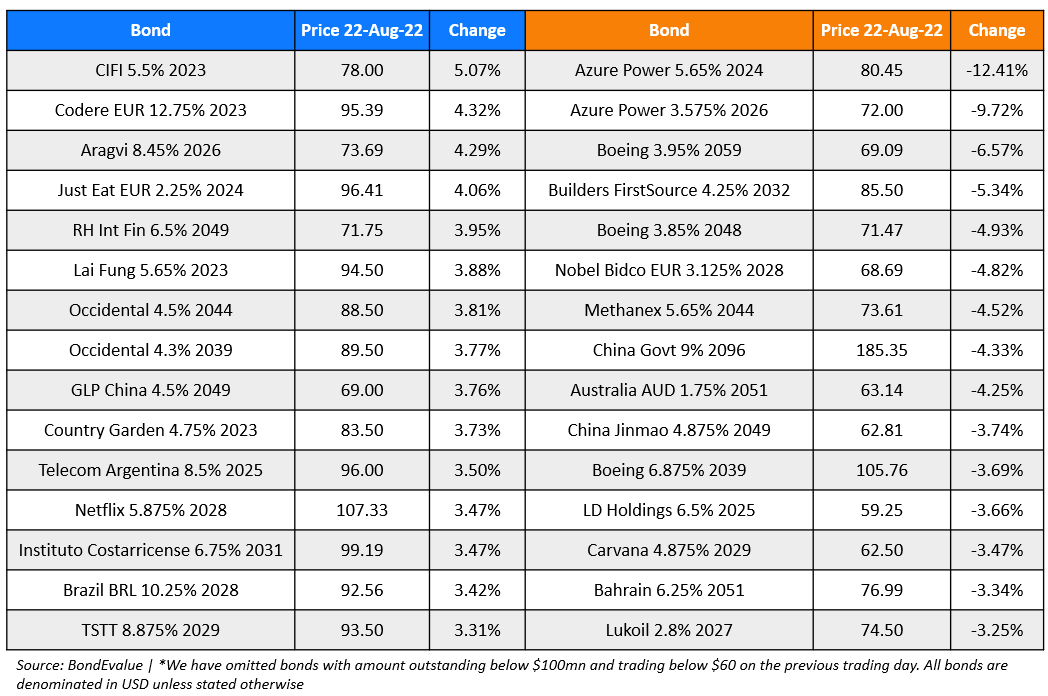