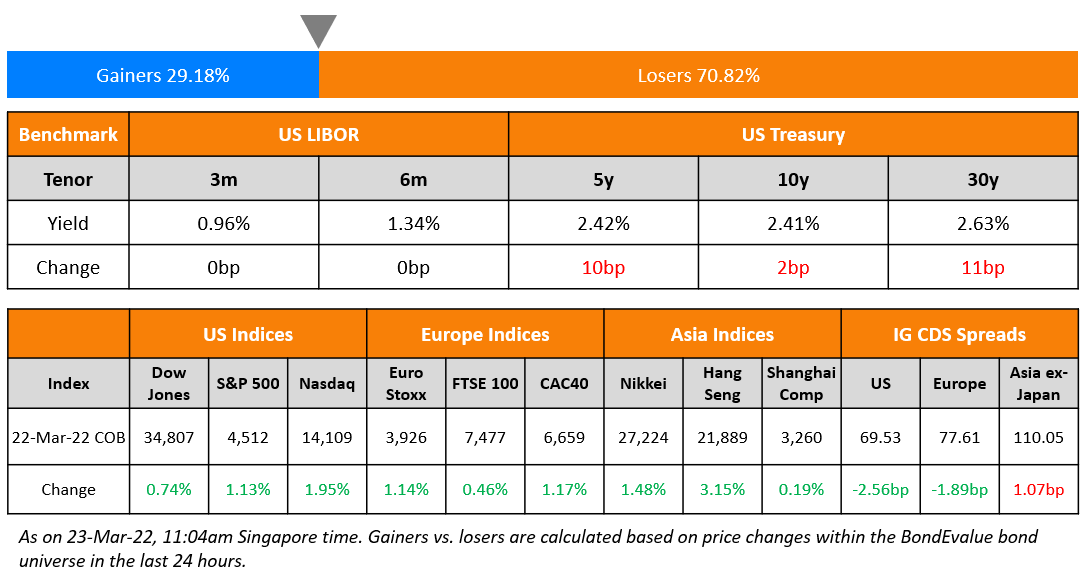 Egypt’s central bank raised its deposit and lending rates by 100bp each to 9.25% and 10.25% for the first time since 2017, citing inflationary pressures.

Advanced Course on Bonds for Investors & Advisors | Starts Next Monday 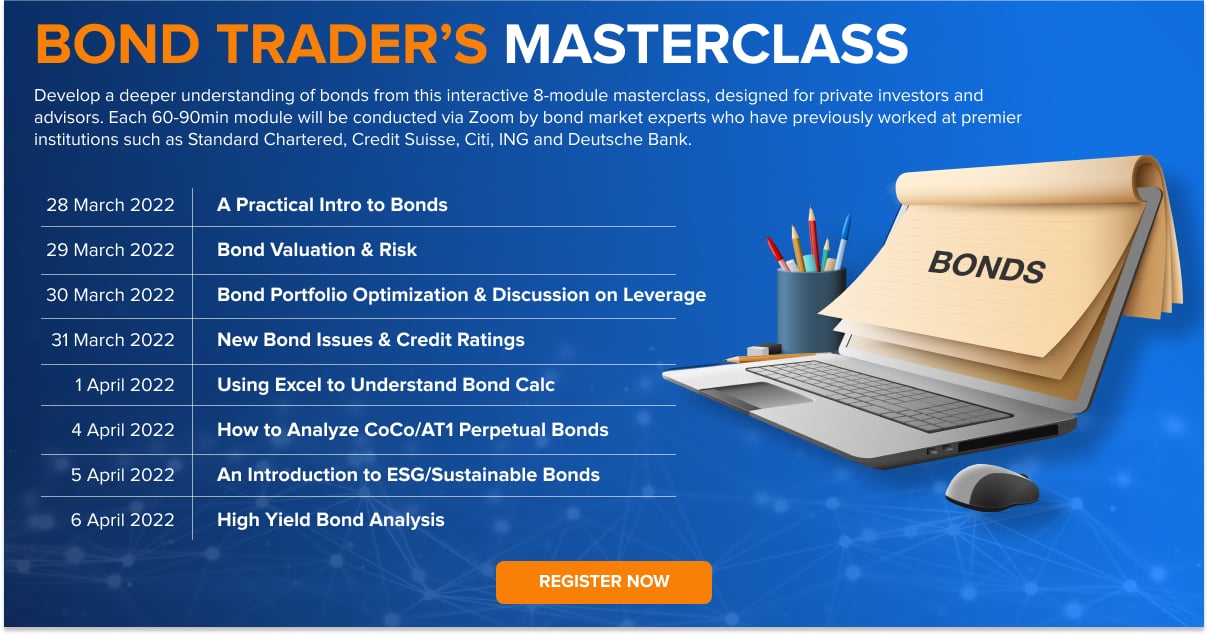 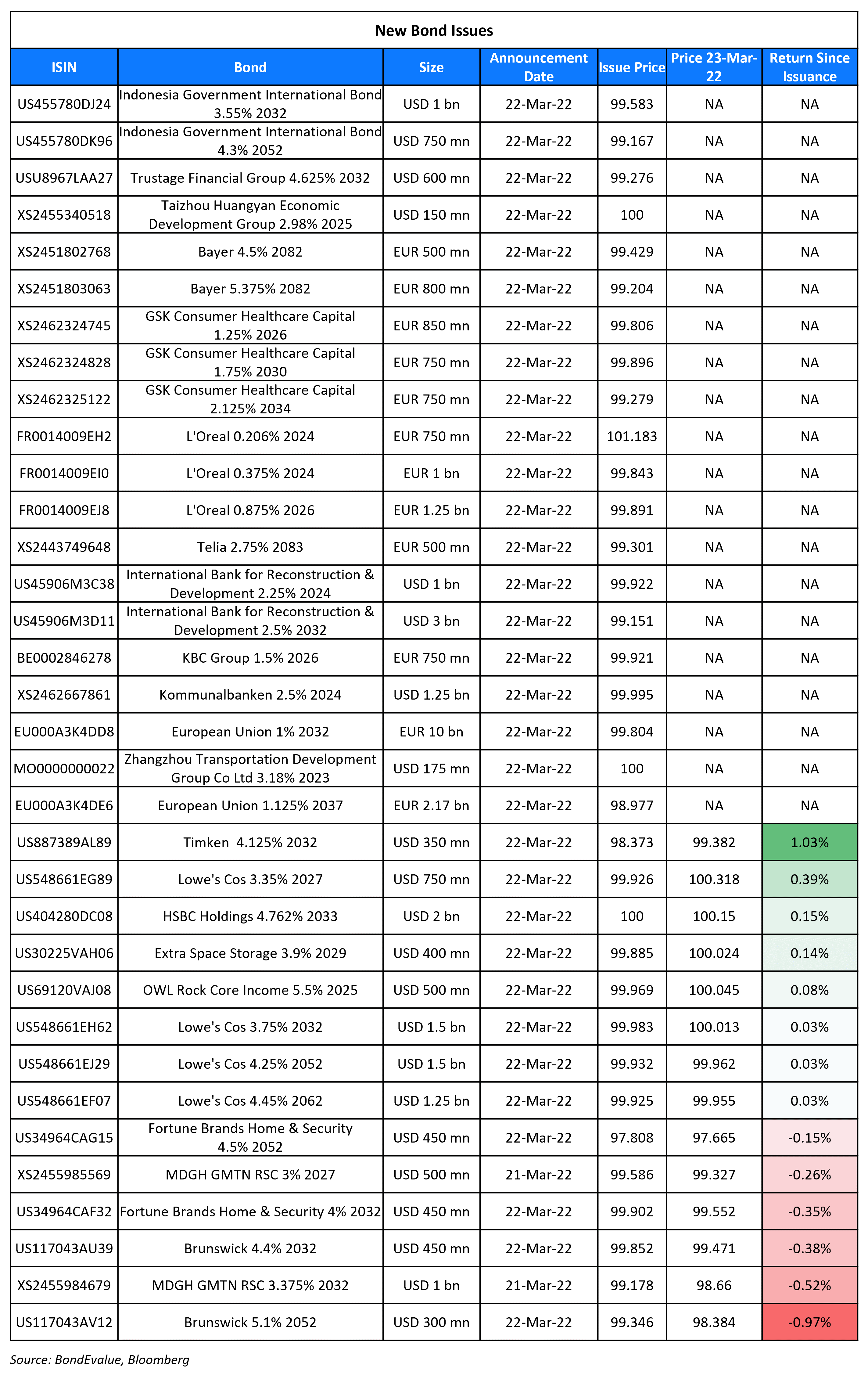 Term of the Day: On-the-Run Bonds

“I find it appealing to front-load some of the needed increases earlier rather than later in the process because it puts policy in a better position to adjust if the economy evolves differently than expected. If by the middle of the year, inflation is not beginning to moderate, we could speed up our rate increases. But if inflation is moving down faster than expected, we could slow the pace of rate increases in the second half of the year compared to the first half.”

“If I’m investing over the next 12-month horizon, I would reduce equities at this point. I would take some money off the table. The market is giving you a wonderful opportunity to come out. I don’t think the market has factored in yet what’s going to happen to the economy. The Fed is increasingly being forced to consider what is the least bad policy mistake it wishes to be remembered for…My baseline, for what it’s worth, is we’re going to see a global stagflation, lower growth, higher inflation.”

On The Worst Drawdown on Record for Global Fixed Income 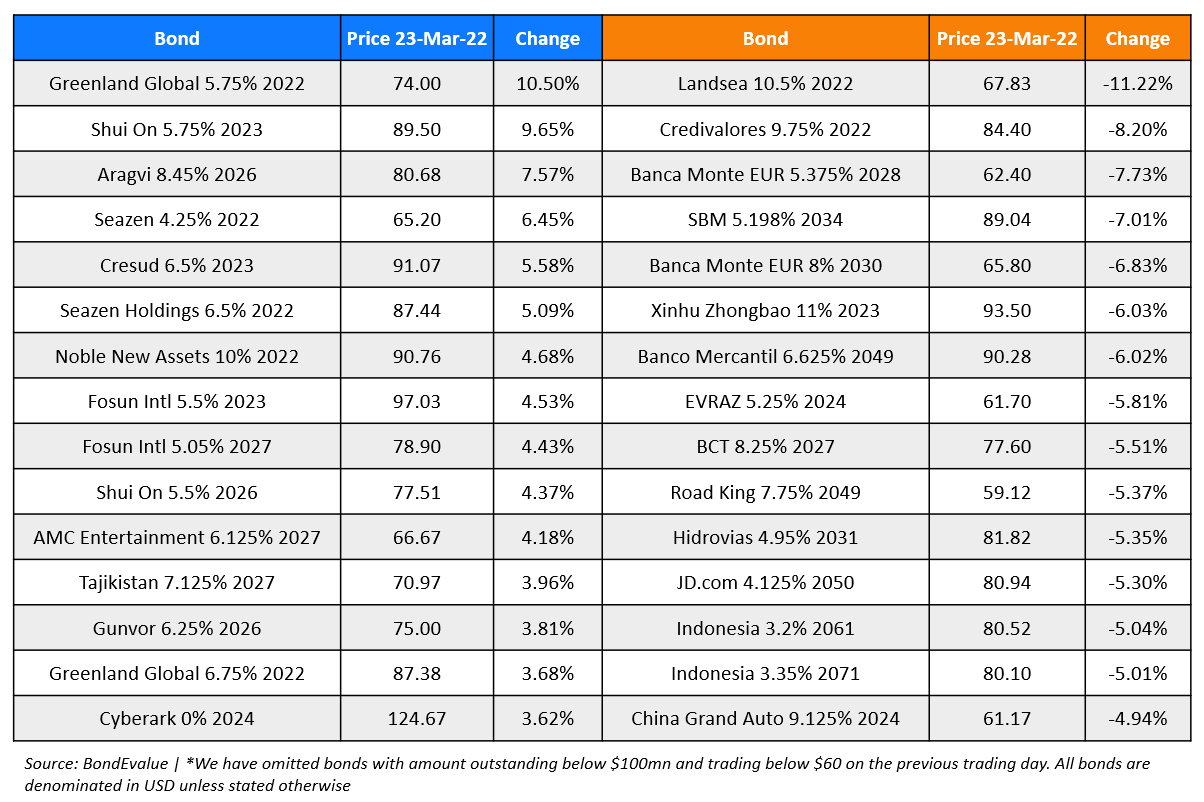