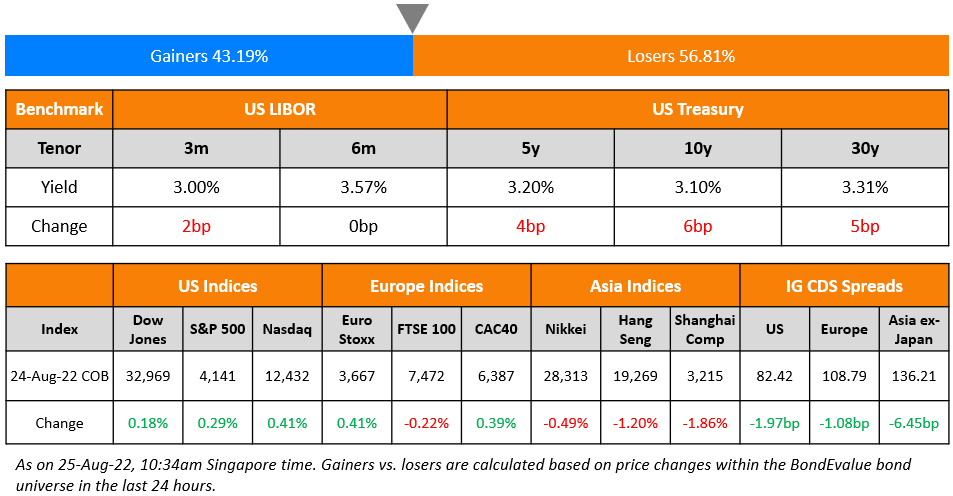 US equity markets ended in the green on Tuesday with the S&P up 0.3% and Nasdaq closing 0.4% higher. All sectors ended in the green led by Energy, up 1.2% and Real Estate up by 0.7%. US 10Y Treasury yields were 6bp higher at 3.04%. European markets were mixed – DAX and CAC ended 0.2% and 0.4% higher while FTSE was down 0.2%. Brazil’s Bovespa closed flat yesterday. In the Middle East, UAE’s ADX was down 0.2% while Saudi TASI ended 0.2% higher. Asian markets have opened on a broadly positive footing today – Shanghai, Nikkei and STI were up 0.4%, 0.2% and 0.5% respectively while HSI was down 1.2%. US IG CDS spreads tightened by 2bp and US HY spreads were tighter by 9.1bp. EU Main CDS spreads were 1.1bp tighter and Crossover spreads tightened by 6.3bp. Asia ex-Japan IG CDS spreads tightened 6.5bp. 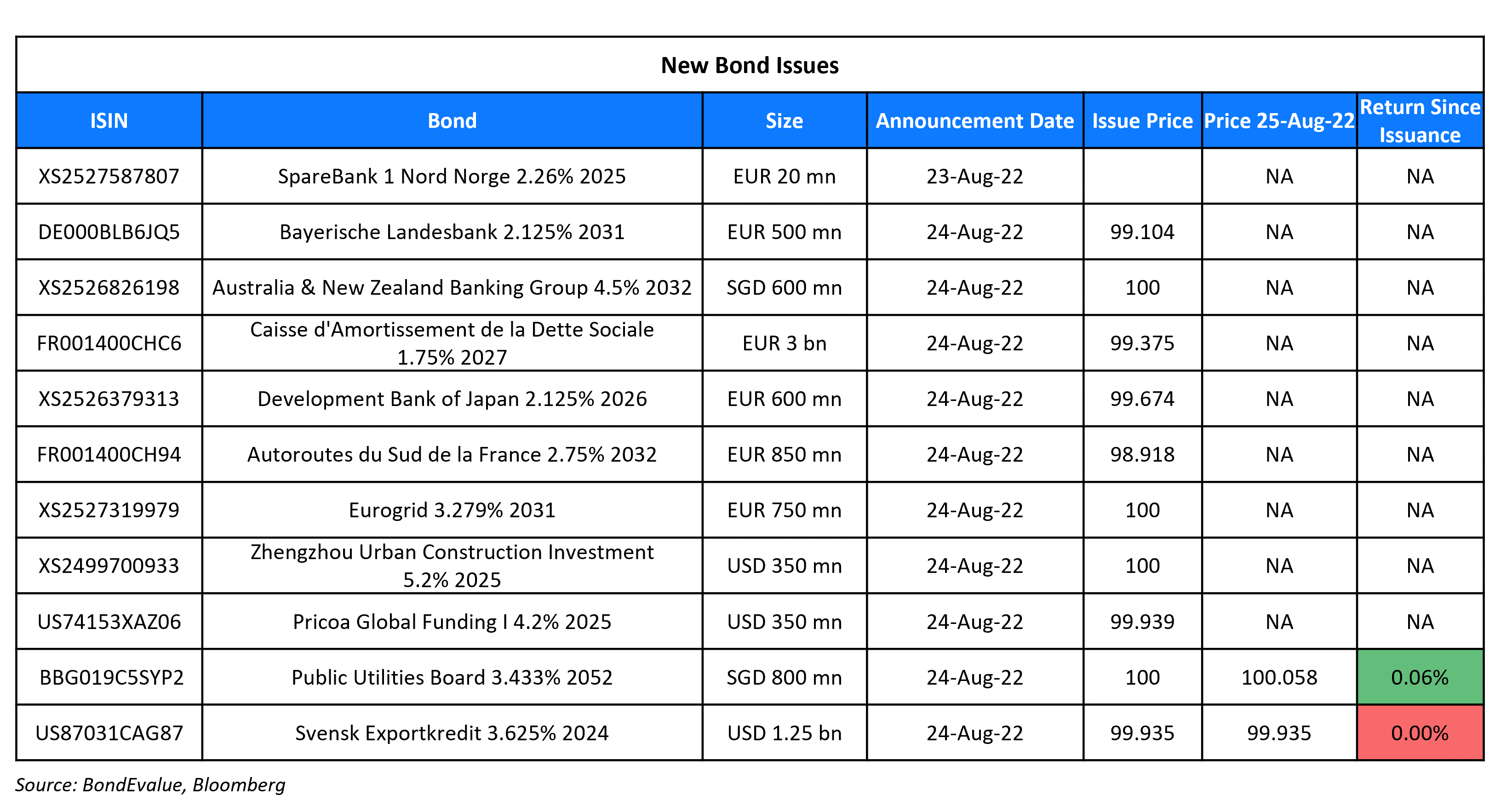 Public Utilities Board raised S$800mn via a 30Y Green bond at a yield of 3.433%. The bonds are unrated. Proceeds are used to finance new or existing eligible green projects under PUB’s green financing framework.

Yesterday, Olam Agri secured a $2.9bn facility based on ‘Poseidon Principles’ with a 3Y tenor to refinance its existing loans, and for other corporate objectives.

“We have been more defensive in China rates, being neutral to slight underweight in our positions. We have a few different models to see how China rank versus developed/emerging markets. Based on the valuation of other markets, China looks kind of rich… For 2.60%-to-2.70% 10-year China government bond yield, hedging the currency to USD, you would pick up less than 50 basis points.”

“We still believe defaults will continue through the rest of 2022, particularly for developers with large offshore debt maturities and weak sales.”

“There’s a good reason these bonds are trading at distressed levels. The odds of a lot of these guys ever repaying is anyone’s guess.”

“A more centralised bailout is probably the necessary solution here”

“If the gas is shut off and the growth outlook materially deteriorates then the ECB may have to move more prudently. In our scenario forecasts, we have the ECB staying pat in case of a total shut off of Russian gas.” 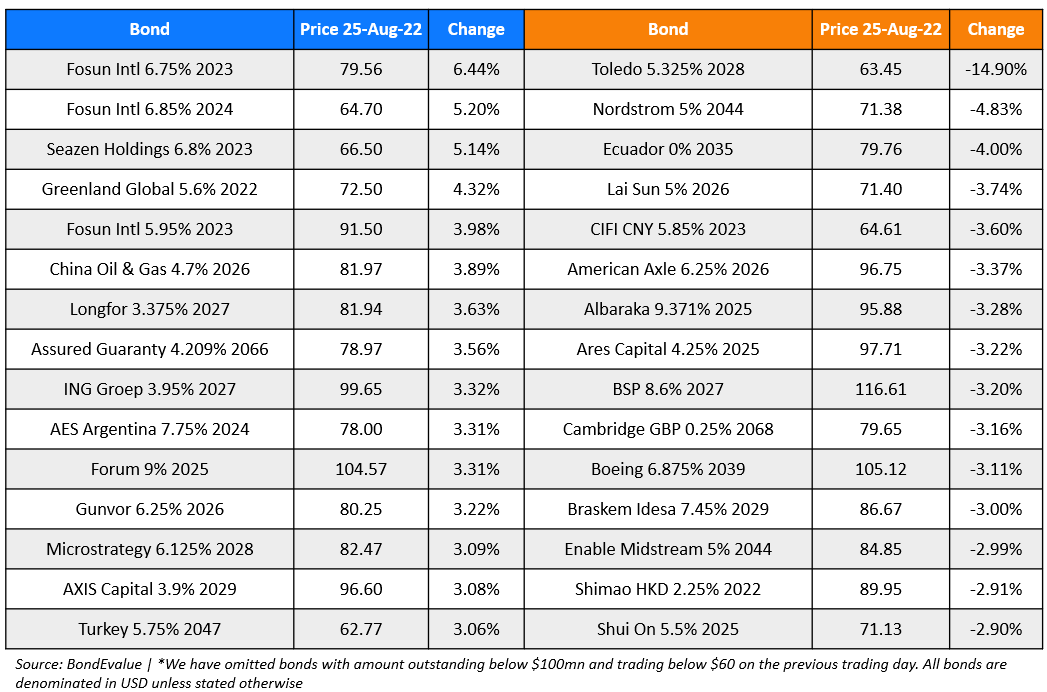