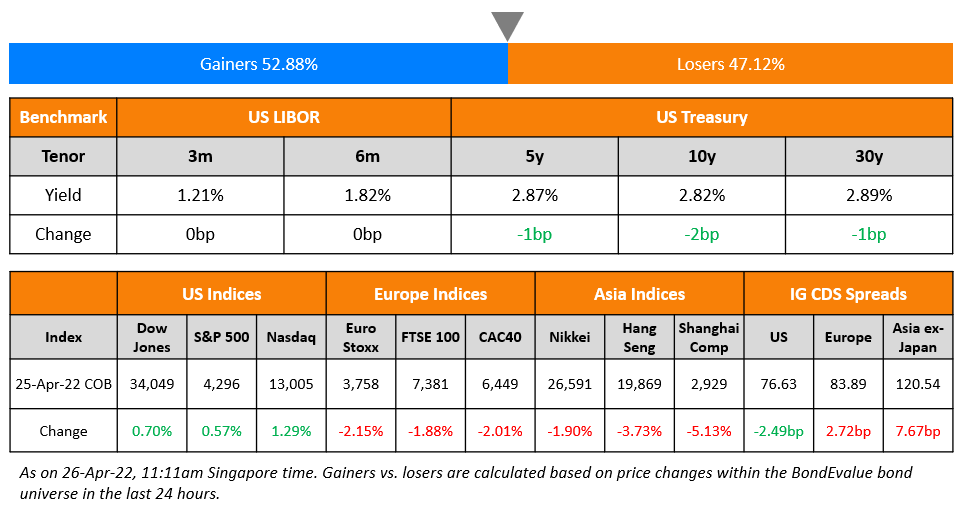 The PBOC has cut the amount of money that banks need to have in reserve for their foreign currency holdings. Known as the forex RRR, the PBOC cut the rate by 100bp to 8% after the yuan dropped to its lowest level against the dollar in 17 months. The move is expected to increase capabilities of forex fund use and manage liquidity by banks, with an increased supply of dollars. 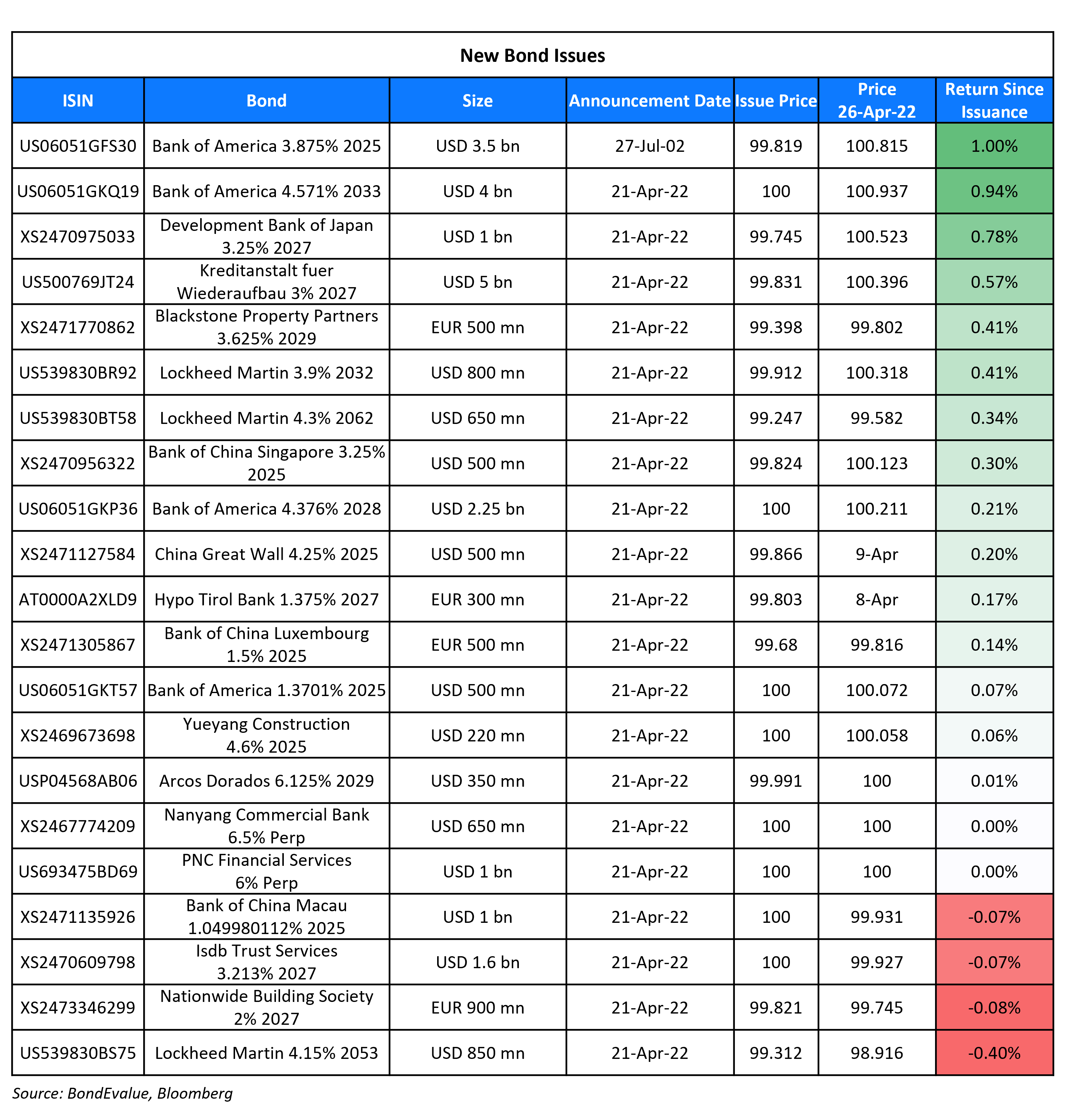 OUE Commercial REIT raised S$100mn via a 5Y bond at a yield of 4.2%, 30bp inside initial guidance of 4.5% area. The bonds are unrated and issued by OUE CT Treasury and guaranteed by the REIT’s trustee, DBS Trustee. The bonds recevived orders around S$250mn, 2.5x issue size. Fund managers and corporates bought 17% and private banks took 83%. Singapore accounted for 96% and others 4%. The bond’s coupon will step down by 25bp if OUE Commercial REIT and its notes obtain an investment grade rating within 18 months of the bond’s issue date. Proceeds will be used to refinance debt, fund general corporate needs, including investments and capital expenditure, and for working capital. Private banks will get a 25-cent concession. The bonds were priced 26bp wider to its existing 3.5% 2026s that yield 3.94% in secondary markets.

Straits Trading raised S$170mn via a 4Y bond at a yield of 4.1% unchanged from price guidance. The issue size was above a minimum S$75mn indicated by company. Private banks will get a 25-cent concession. Controlling shareholders and related persons and/or directors will subscribe to around 18% of the bond. Proceeds will be used for general corporate purposes, including debt refinancing, capital expenditure and working capital needs.

Amortizing bonds are debt instruments that pay both coupons and principal through the life of the bond. Unlike straight bonds that pay back the principal as a bullet payment at maturity, amortizing bonds pay back principal at regular intervals based on a predefined schedule prior to the maturity date. Since the principal is retired slowly over the life of the bond, the weighted average life (WAL) is keenly looked out for. Amortizing structures are more common in loans and mortgages. 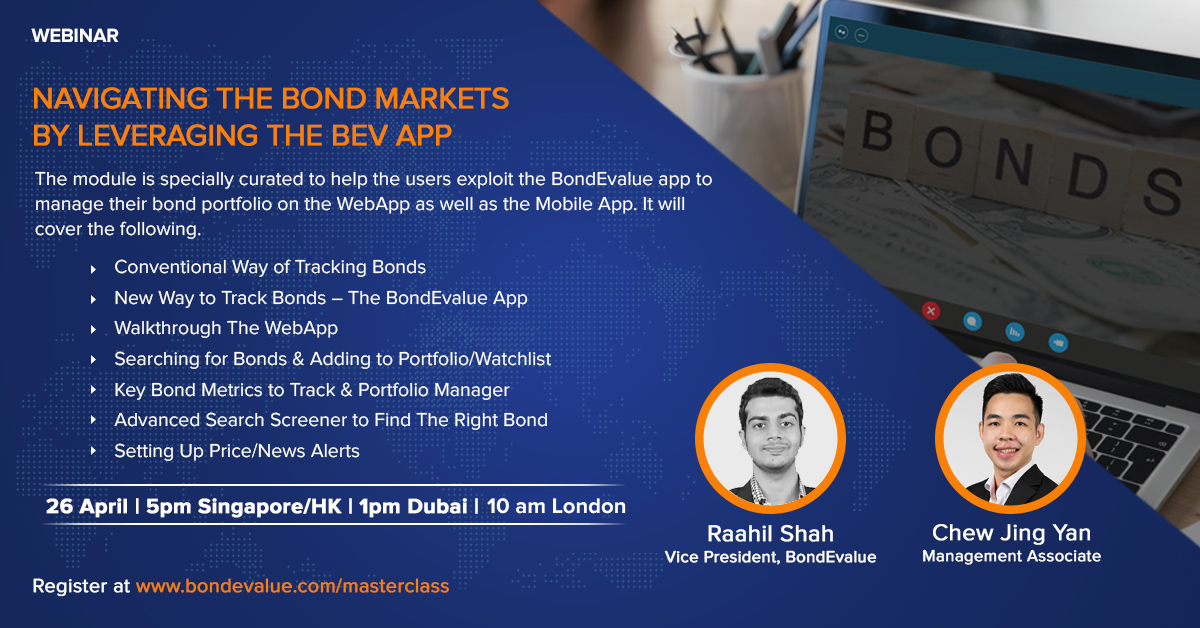 “Therefore, the region faces a stagflationary outlook, with growth being lower than previously expected, and inflation being higher… Monetary tightening will be needed in most countries, with the speed of tightening depending on domestic inflation developments and external pressures… There is significant uncertainty around our baseline forecasts, with risks tilted to the downside”

“Given continued cost-push pressures and limited evidence of a sustained demand hit, recent ECB commentary has emphasized rising concerns… While a sharper slowdown in growth or renewed sovereign stresses could lead to a slower policy normalization, clearer signs of second-round effects could require a faster exit”

“We have another meeting in June. And maybe that’s the time when we will consider the increase in policy rate. We can afford to wait as to what will be the move of the Fed in the next two meetings. Right now, there is no evidence of second round effects on the demand side… We’re not concerned about the depreciation”

“With recent bond valuation changes, we see an opportunity to create ‘negative correlations’ in assets in portfolios… When bonds are expensive and stocks are too, there is less benefit in allocating assets between them. With bonds having been repriced so massively, the asset allocation value of bonds has increased commensurately”… With yields having jumped into the 2.5% to 3% range, Bailin says they now offer good value in a slowing global growth environment 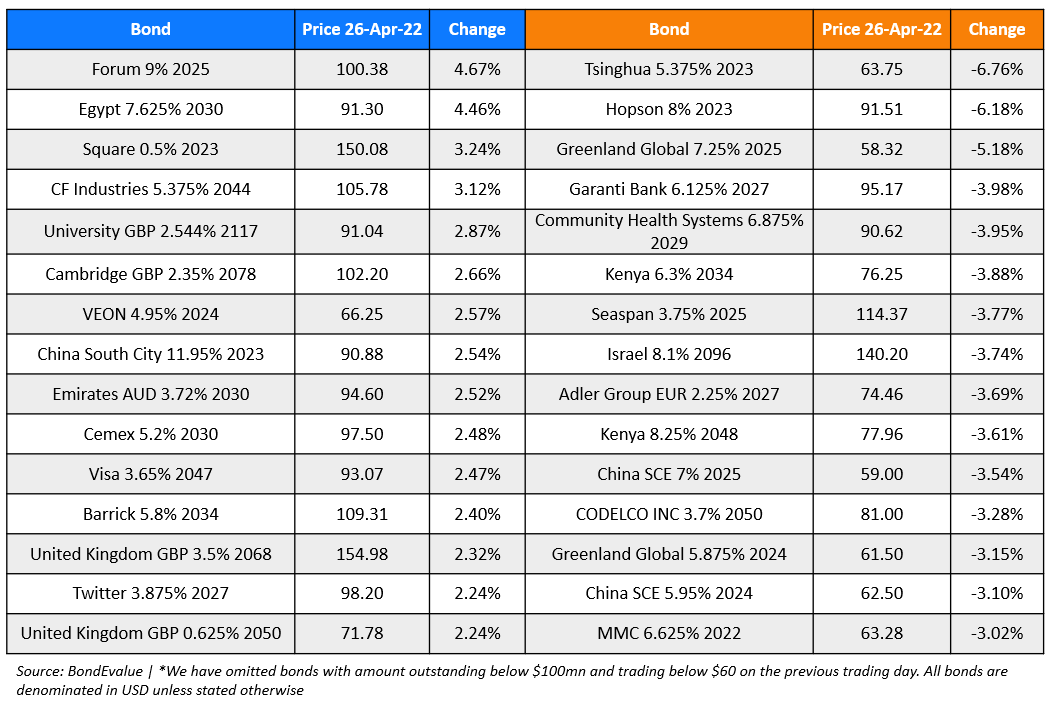