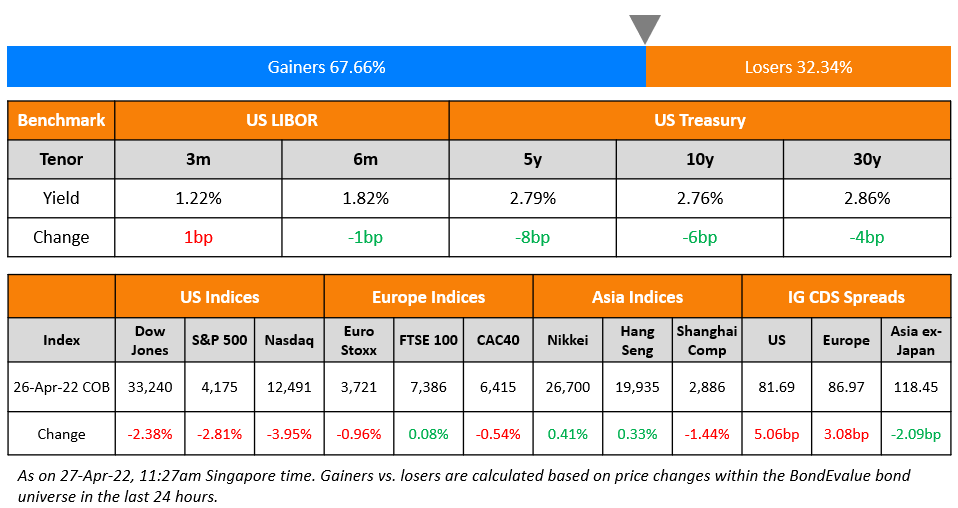 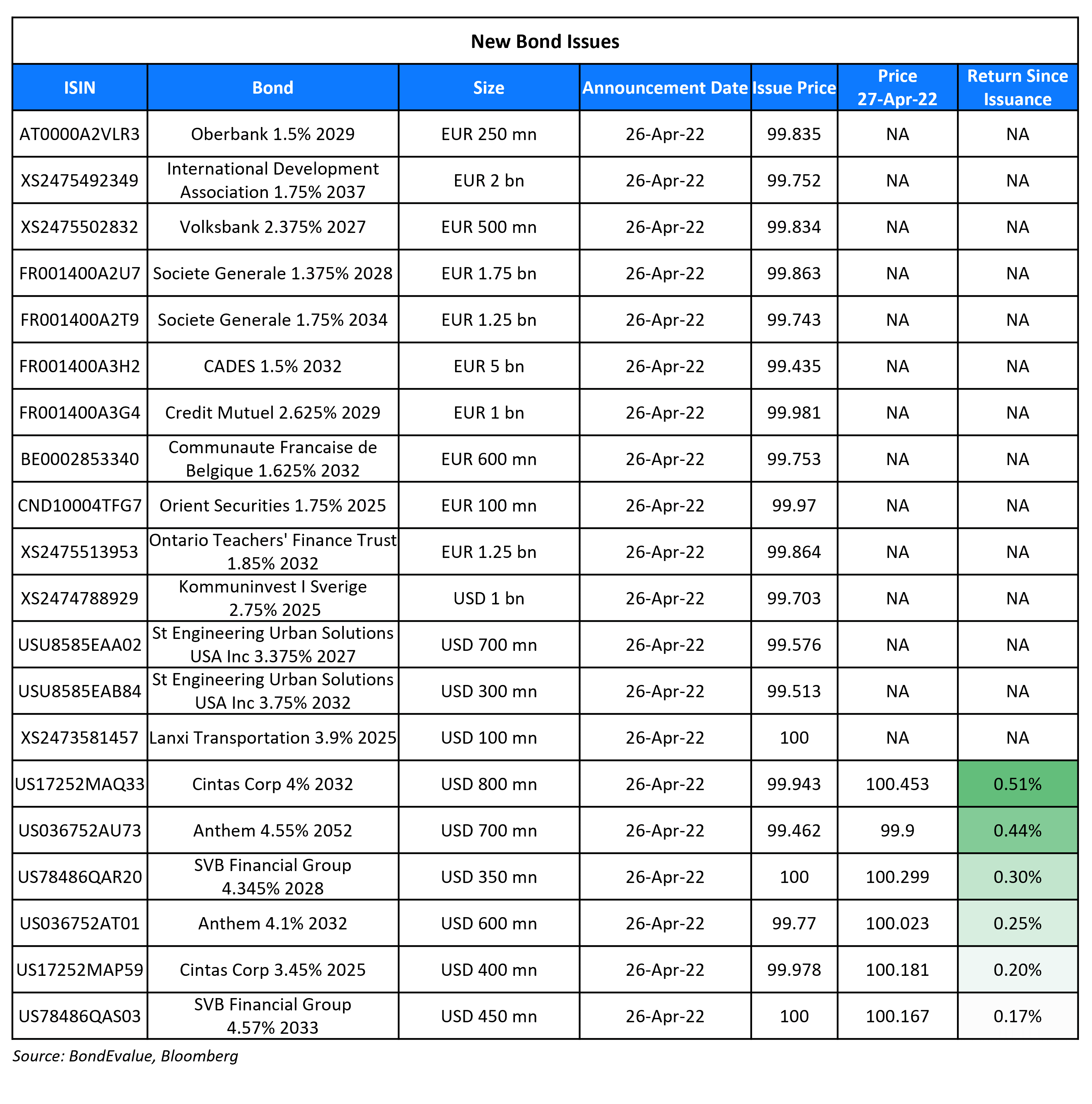 Keppel Infrastructure Trust raised S$250mn via a 5Y bond at a yield of 4.11%, 24bp inside initial guidance of 4.35% area. The bonds are unrated and are issued by Keppel Infrastructure Fund Management. The bonds received orders over S$300mn, 1.2x issue size. Funds, banks and corporates bought 65% of the deal and private banks took 35%. Singapore accounted for 99% and others 1%. Private banks will get a 15-cent concession. Proceeds are for debt refinancing, working capital as well as acquisitions and/or investments.

Risk Weighted Assets (RWA) is a calculation used in banking that helps determine the minimum amount of capital (capital adequacy ratio) that a bank should keep as reserves against unexpected losses arising out of its assets turning sour or insolvency/bankruptcy. Riskier assets like unsecured loans, high yield securities etc. that carry a higher risk of default are given a higher risk weightage and safer assets like Treasuries are given a lower weightage since high risk assets require higher capital adequacy ratios (CAR).The minimum capital requirements as a percentage of RWAs are set by regulatory agencies with banks required to keep a minimum of 10.5% of RWA as Tier 1 and Tier 2 capital under Basel III.

On Treasury Yields Extend Slide Amid Signs of Extreme Bearishness

“A lot of rate hikes are priced in and there is a big short base in the front end. There is a sense of fading Fed tightening expectations, and some accounts do see value in the two-year at 2.55%.”

U.S. defined-benefit corporate pension funds will add $4 billion to bonds, which “could extend the recent rally in the long end over the next couple of days…  It depends on “how big the short-base is that wants to cover prior to the May 4 FOMC”

A one-sided short position has been built up in Treasuries, “driven by deleveraging activity” as flattener trades were “closed out in size last week

“A rate rise in July is possible and reasonable. Markets are pricing two or three 25 basis point steps by the end of the year. I have no reason to object to this, it’s quite a reasonable view to take. Whether it happens in July or September is not dramatically different, but I think July would be a better option… Ending the Asset Purchases Programme in early July is appropriate. The APP has fulfilled its purpose so it’s not necessary anymore.”

“The outperformance of Chinese government bonds is largely due to monetary policy divergence, with an easing bias by the PBOC when other major central banks are tightening” 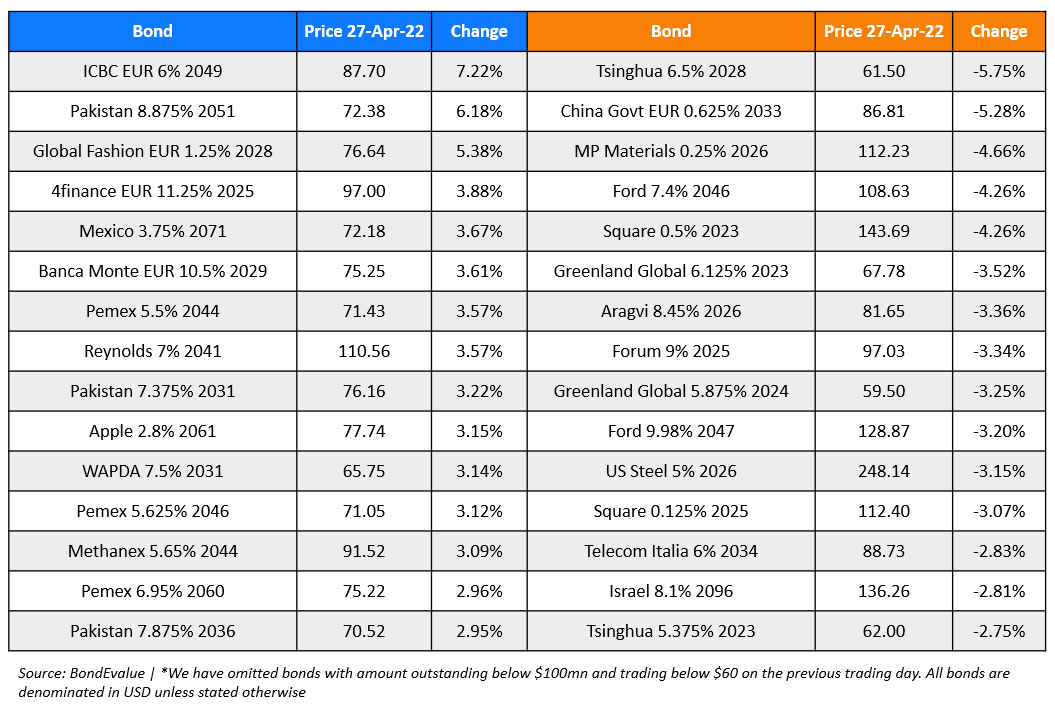