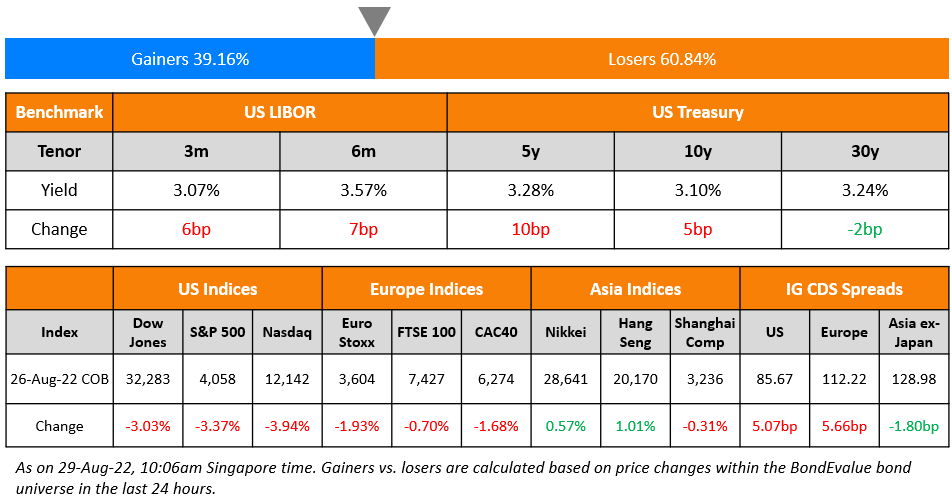 At the Jackson Hole conference, US Fed Chair Jerome Powell in a hawkish speech indicated that the FOMC’s focus is to bring inflation back down to 2% target. In particular, he said, “Restoring price stability will likely require maintaining a restrictive policy stance for some time. The historical record cautions strongly against prematurely loosening policy”. He further added that rate hike decision at the September meeting will depend on the totality of the incoming data and the evolving outlook.

On Powell’s Comments on the ‘Totality of Data’

“A hugely important employment report will validate the case for 50 or 75 basis points. If we see strength in jobs, it means the Fed can go 75 and raise rates quickly without risking growth.”

“People have faith in the Fed, and that anchors long-term rates with limited downside in the short term… The uncertainty is more in the front end, and people are worried about the Fed going too hard, which helps the long end.”

“There has been a huge push-back by the Fed on the market pricing in a policy pivot, and Powell sealed that stance”

“We can be gradual, but we should not be slow and delay normalization until higher inflation expectations force us into aggressive interest-rate hikes. What remains essential, however, is to be orderly, in order to avoid undue market volatility and ultimately economic volatility… We should aim to build a ‘new predictability,’ a different one suited for uncertain times”

“We will likely see more countries needing debt relief. Depreciation of emerging-market currencies relative to the dollar has inflationary consequences. That’s making monetary policy for them much more challenging at this time and there are countries that have borrowed in dollars, this makes it difficult for them to repay.” 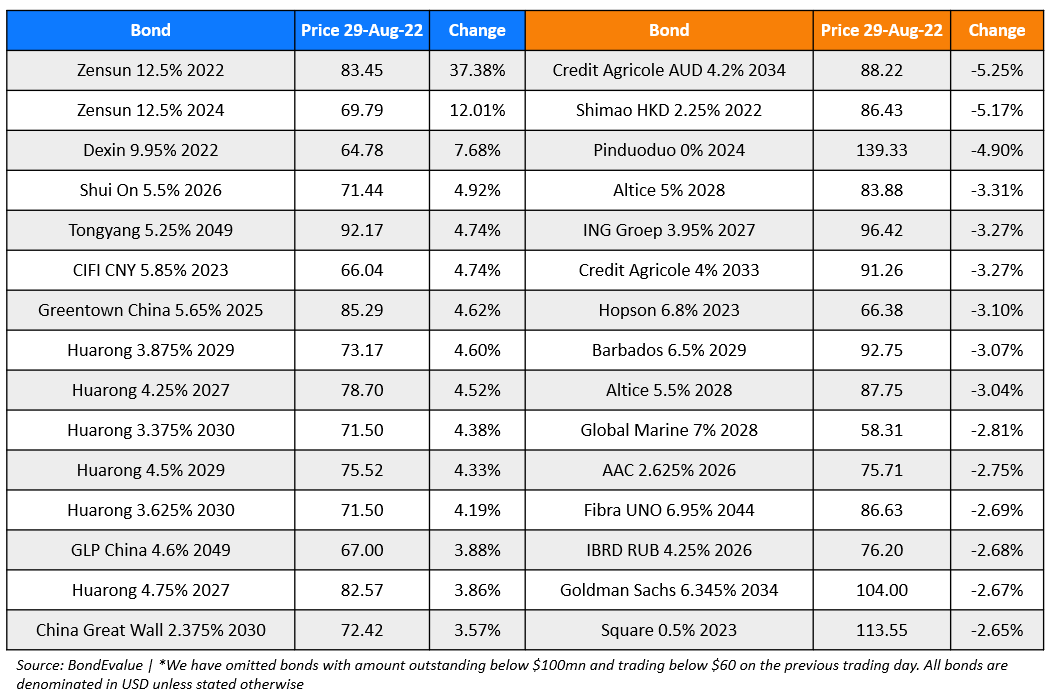