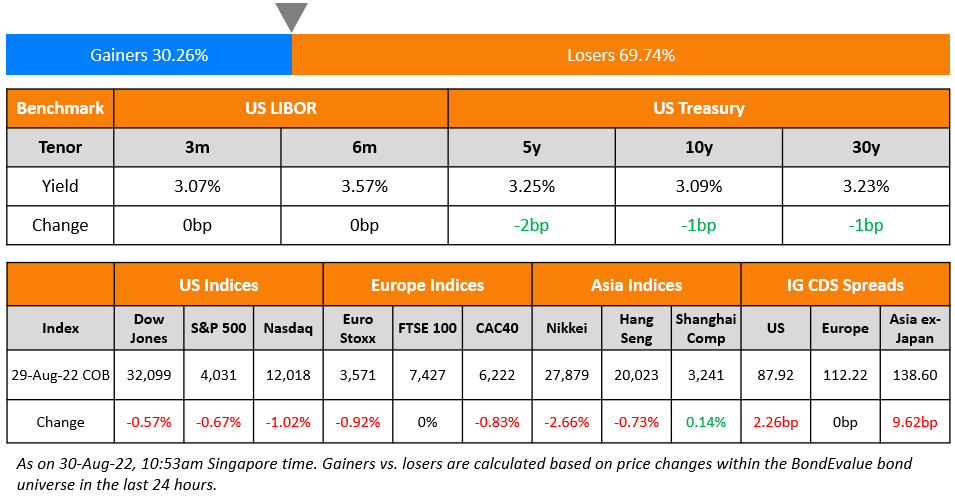 US equity markets continued its broad downward move on Monday with the S&P and Nasdaq down by 0.7% and 1% respectively. Sectoral losses were led by IT, down 1.3% and Real Estate, down 0.9% while Energy rose 1.5%. US 10Y Treasury yields were 1bp lower at 3.09%. European markets trended broadly lower – DAX and CAC were down 0.6% and 0.8% while FTSE was closed due to the summer bank holiday. Brazil’s Bovespa was flat. In the Middle East, UAE’s ADX fell 0.6% while Saudi TASI was flat. Asian markets have opened mixed today – Shanghai and HSI are down 0.6% and 0.9% respectively while Nikkei and STI were up 1% and 0.5% respectively. US IG CDS spreads widened 2.3bp and US HY spreads were wider by 14.9bp. EU Main CDS spreads were flat and Crossover spreads widened by 29.6bp. Asia ex-Japan IG CDS spreads widened 9.6bp.

“What I find most difficult to talk about is if you go back to last summer when the Fed insisted on doing QE, they kept talking about market liquidity as the reason to do QE… I can guarantee you that market liquidity, especially in Treasuries, is way worse now than it was last summer… I think we’ve already turned the corner on the economy in a negative way. We’re seeing things roll over and I’m willing to bet that by December we’re complaining about deflation and real problems in the economy”

“We have basically little choice than to continue our normalization path.”

“It is much too early to think about” when rate increases should stop.

“What I would very carefully monitor is inflation expectations, headline inflation, but most importantly, core inflation”

“We do think that inflation is going to start to come down… (Value) is one area where we would be more focused… We’re very focused on when there is a catalyst because many EM stocks are much cheaper than U.S. stocks”… The US Fed will not back away from “talking tough” on the markets until there is significant progress on inflation. 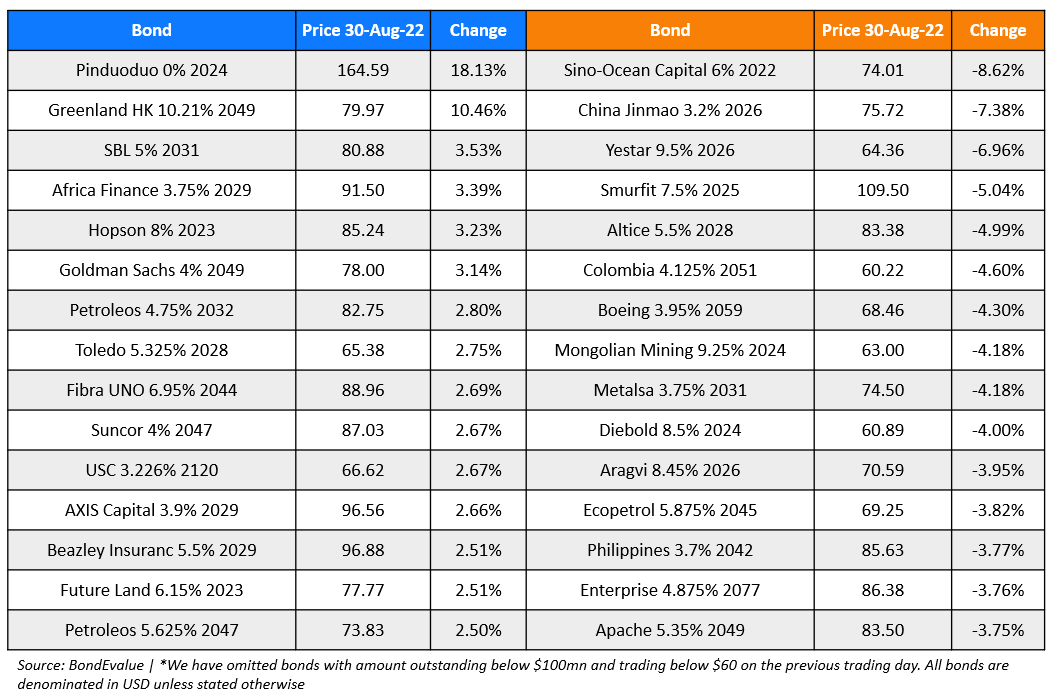