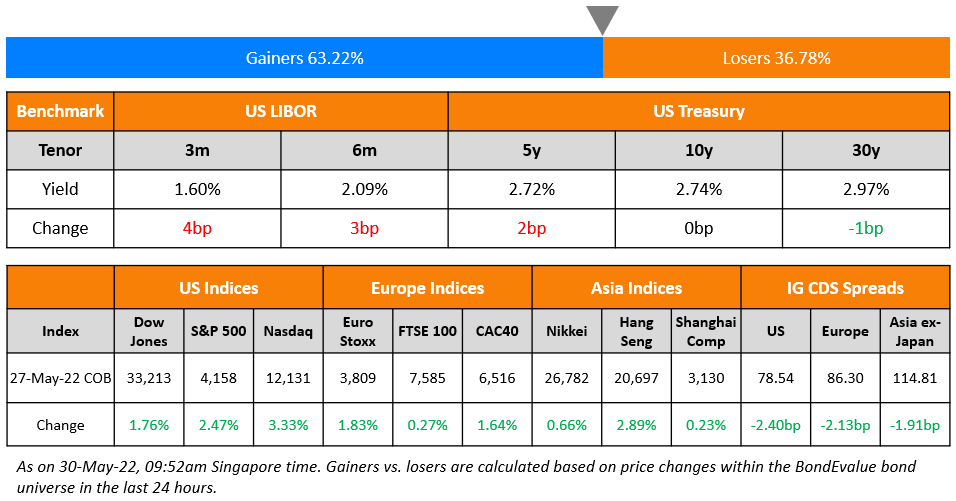 US equity markets rallied sharply for a second straight day on Friday, with the S&P and Nasdaq up 2.5% and 3.3% respectively. Sectoral gains were led by Consumer Discretionary and IT up over 3.4% each. US 10Y Treasury yields were flat at 2.74%. European markets ended higher as well with the DAX and CAC up 1.6% each and the FTSE up 0.3%. Brazil’s Bovespa closed flat. In the Middle East, UAE’s ADX was up 1.5% on Friday and Saudi TASI was up 1.3% on Sunday. Asian markets have opened stronger today – Shanghai, HSI, STI and Nikkei were up 0.6%, 1.9%, 0.2% and 2% respectively. US IG CDS spreads tightened 2.4bp and HY spreads tightened 8.2bp. EU Main CDS spreads were 2.1bp tighter and Crossover spreads were 8.2bp tighter. Asia ex-Japan CDS spreads were 1.9bp tighter.

Term of the Day: TLTRO

TLTRO stands for Targeted Long Term Refinancing Operations, a monetary policy tool set by the ECB to extend loans to European banks at attractive rates to increase lending and provide monetary support throughout the financial system. TLTROs were introduced in 2014 as part of ECB’s accommodative monetary policy stance to counter slow inflation. The loan term can vary from 3-4 years with banks having the ability to borrow money from the ECB several basis points below its benchmark deposit rate. The ECB has launched three TLTRO programs –  TLTRO I in 2014, TLTRO II in 2016 and TLTRO III in 2019.

Bloomberg notes that ECB’s TLTRO will expire in June. Bloomberg Economics expects the interest rate on TLTROs to be increased by 50bp in June, contributing to some tightening in financial conditions.

On Fed Won’t Flinch as Labor Market Starts Tailing Off

“The risk of a recession in the second half of 2023 is high and rising. Of course, the one entity that can turn sentiment around is the Fed”

“We have to prioritize the plans of the coalition. Not everything can be implemented straight away.”

Giorgio di Giorgio, a professor at Luiss University in Rome

On China in Danger of Exporting Fresh Inflation Turmoil

“We are in a period of maximum uncertainty vis-a-vis China with the ongoing lockdowns. It has important spillover impact for the global economy, potentially exacerbating the already troublesome supply-side situation.”

“The end game has to come from a shift away from zero-Covid. All the stimulus is not getting traction because credit demand, consumer and business sentiment remain weak.” 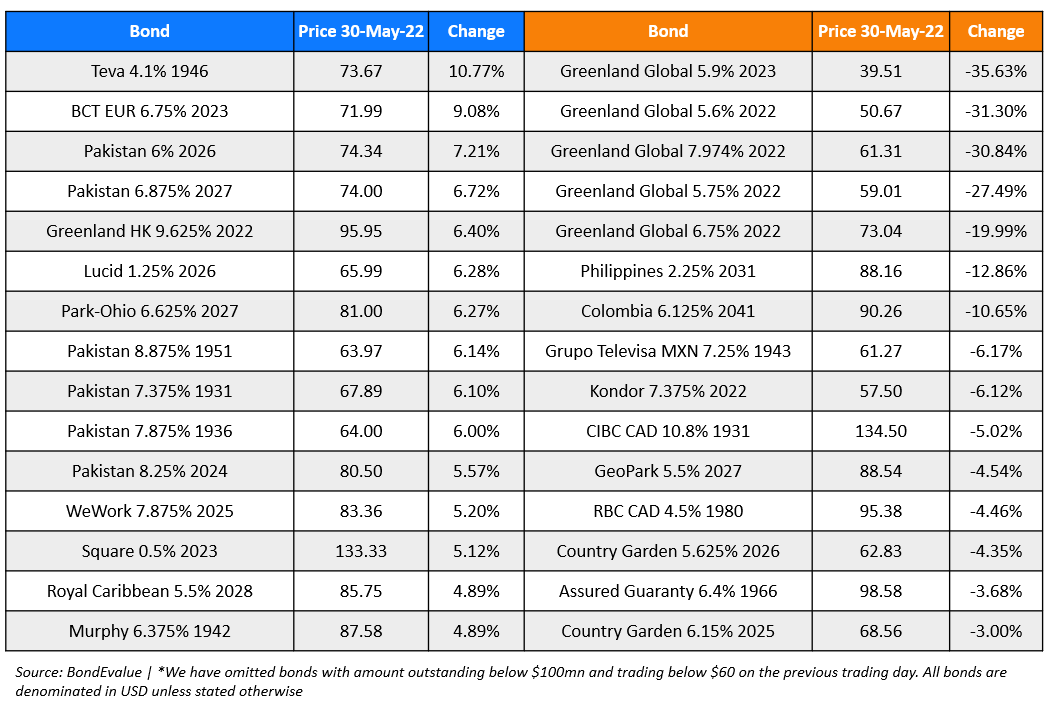