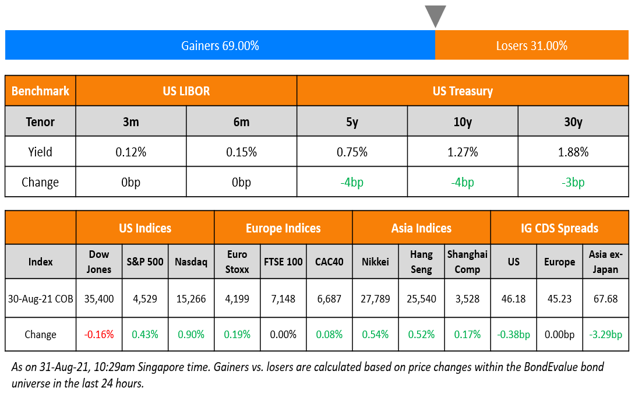 Zhenro Properties Group raised $250mn via a 363-day green bond at a yield of 6.93%, 47bp inside the initial guidance of 7.4% area. The bonds have expected ratings of  B+ and received orders over $2.8bn, 11.2x issue size. Proceeds will be used for debt refinancing. Asia and EMEA took 95% and 5% respectively. Fund and Asset Managers took 89% and private banks 11% respectively. The new bonds offer a new issue premium of 65bp over its older 8.7% bonds due August 2022 that are currently yielding 6.28%.

Xuchang General Investment raised $53mn via a 3Y bond at a yield of 4.8%, inline with the initial guidance. The proceeds from the unrated bonds will be used for project construction and general corporate purposes. The issuer is a municipal infrastructure construction and operation entity in Xuchang city in China’s Henan province.

A rights issue is one way for a company to raise capital by giving existing shareholders the option to buy additional shares of the company, typically at a discount to the current market price. The number of additional shares that can be bought is proportionate to the number of existing shares that a shareholder has. This ratio is also known as a rights entitlement ratio. Since a rights issue increases the number of shares of a company, share dilution may occur as the company’s earnings are now spread over a greater number of shares.

Bharti Airtel’s board of directors has approved plans for the company to raise up to INR 210bn ($2.86bn) through a rights issue.

On the looming slowdown in pandemic bond-buying – Francois Villeroy de Galhau, European Central Bank Governing Council member
“On monthly volumes, we are looking at the favorable financing conditions, and we should underline that they are more favorable than at our June meeting,” Villeroy said. “We have to decide the monthly volumes for the fourth quarter.” “Powell marked a disconnect in time on decisions on purchases and later on the rates, and he even suggested much later,” Villeroy said. “I think this disconnection probably applies on both sides of the Atlantic, without stating figures or calendar.”
On the uncertain road ahead for Huarong
Sergey Dergachev, senior portfolio manager at Union Investment
“This assumption is not valid anymore,” says Dergachev.
Wu Qiong, head of fixed income research at BOC International Holdings Ltd
“The government has no strong incentive to rescue it, at least not directly involved like this,” she says.
David Loevinger, former senior coordinator for China affairs at the US Treasury
On Huarong being too big to fail, “now, you cannot say that with 100% certainty.”

Edmund Goh, investment director at Aberdeen Standard Investments
“I would think that most of the weakness is contributed by the property developers.” “If Evergrande moves then it will have a pretty sizeable impact.”

Bruce Pang, head of research at investment bank China Renaissance
“[Developers] will continue to face liquidity drains in the near term… [and restrictions on] land auctions and fundraising opportunities”.

On investment opportunities in China amid tighter regulation
Nagi Hamiyeh, joint head of Temasek’s investment group
“There are other pools of capital, for example from Asia, that would use it as an opportunity,” he said. “So I wouldn’t say it necessarily affects the valuation. It will change the mix of institutional investors in these stocks.”
Lim Chow Kiat, chief executive officer Singapore’s sovereign wealth fund GIC
“China assets continue to offer good entry levels,” he said. “Especially relative to so-called developed-market valuations.”
Jeffrey Jaensubhakij, GIC’s chief investment officer
“We wouldn’t necessarily be transacting directly with a U.S. investor to take anything out of their hands,” he said. If “prices drop and therefore our expected return on that asset moves up and becomes compelling relative to other things available to us then we naturally would look in.”
Stephane Monier, chief investment officer at Lombard Odier
“The Chinese central bank will have a more accommodative stance. We don’t think there will be risk of monetary tightening in the short future,” Monier said. “We think a large portion of the needed regulatory adjustments are now behind us.”
Sean Taylor, DWS APAC Chief Investment Officer
“They’re having a re-rating relative to Chinese and U.S. peers because they’re quite cheap,” he said. “As we see more of a pickup in India we will probably allocate more to financials and recovery plays.” “We thought it’d damp down at the end of this year but I think it’ll continue for another year or so,” he said. 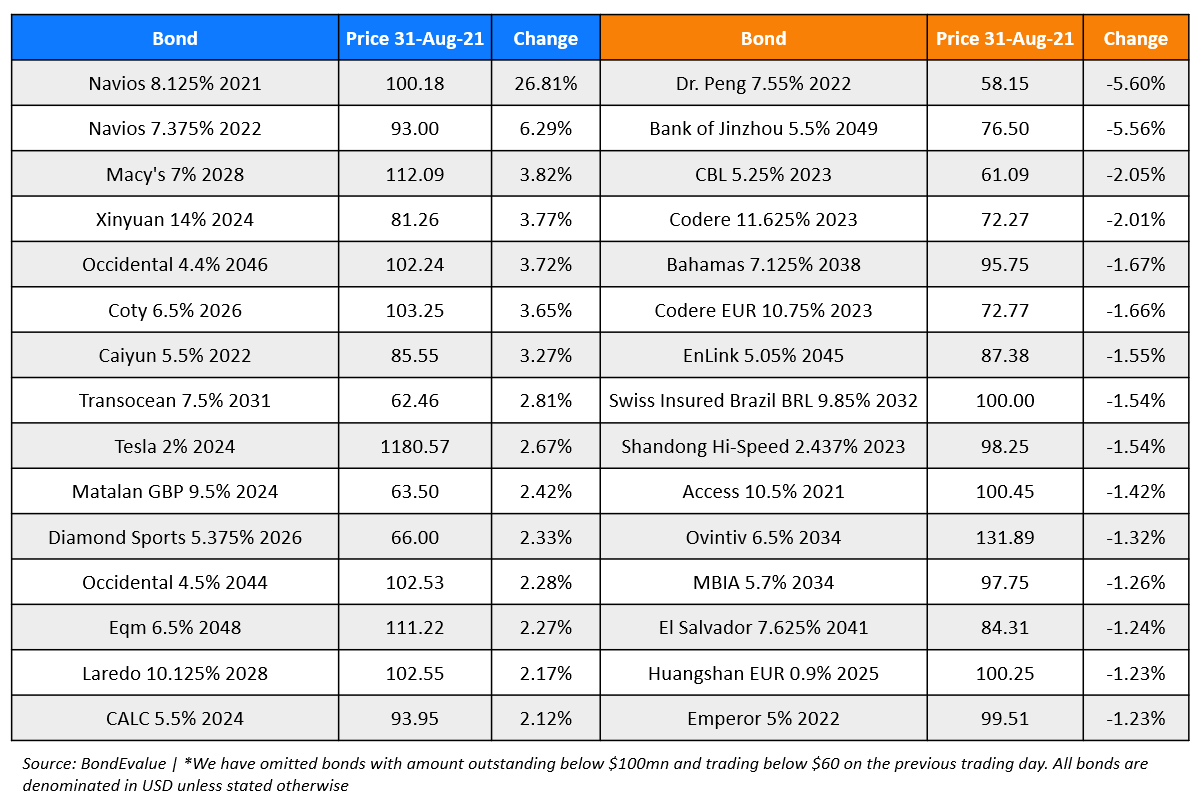