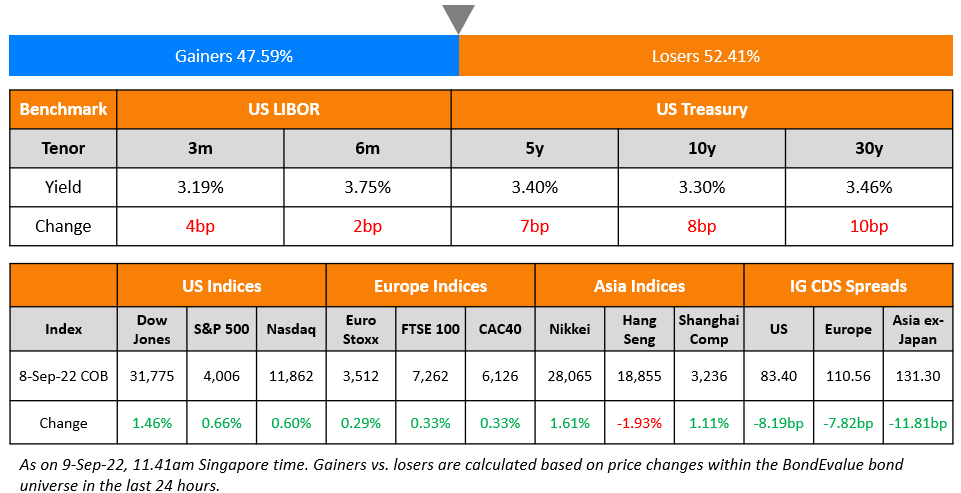 US 10Y Treasury yields were 8bp higher at 3.30% and 30Y yields were up 10bps to 3.45%. US IG CDS spreads tightened 8.2bp and US HY spreads were tighter by 8.4bp. US equity markets extended its gains on Thursday with the S&P and Nasdaq rising by 0.7% and 0.6% respectively. EU Main CDS spreads were 7.8bp tighter and Crossover spreads tightened by 9.3bp. European markets were broadly positive – CAC and FTSE were up 0.3% each while DAX was down 0.1%. ECB raised its benchmark rates by 75bp, its highest since 2011. They also guided for higher inflation, thus sounding hawkish. ECB President Christine Lagarde said that they “will raise rates over the next several meetings because inflation is likely to stay above our target for an extended period and the economy is expected to slow down substantially over the remainder of this year”. The German 10Y Bund yield rose 14bp to 1.71% and 2Y Schatz yields jumped 23bp to 1.32% post the rate hike. Meanwhile the UK has planned to cap household consumer energy bills at £2,500 a year for two years and launched a £40bn scheme for energy companies to avoid a liquidity squeeze. Brazil’s Bovespa was up 0.1%. In the Middle East, UAE’s ADX rose 0.7% while Saudi TASI ended down 0.3%. Asia ex-Japan IG CDS spreads tightened 11.8bp. Asian markets have opened broadly positive, up ~0.5-1%. 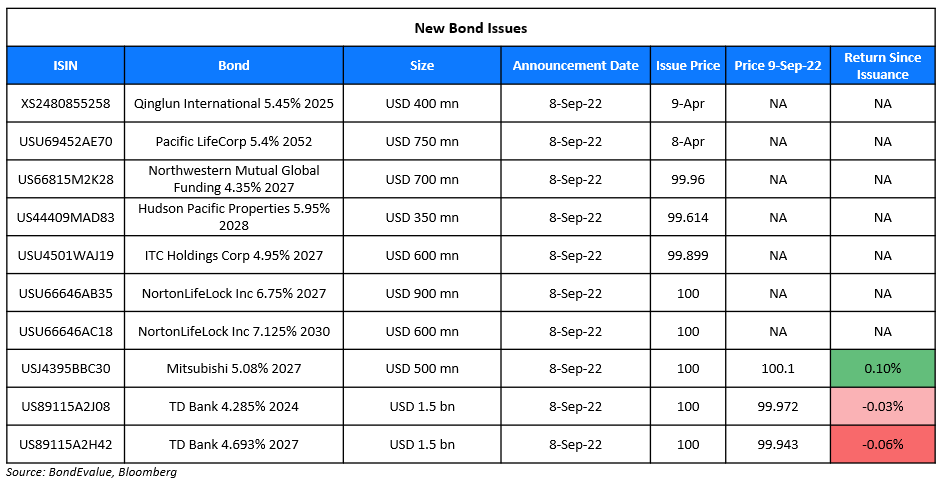 Frasers Property raised S$120mn via an institutional tranche of its 5Y green bond (Term of the Day, explained below) at a yield of 4.49%, 26bp inside initial guidance of 4.75% area. The bonds are unrated and received orders over S$225mn, 1.9x issue size. Private banks took up a massive 85%, with 15% going to fund managers and corporates. Singapore accounted for 97% and others took 3% of the deal. In addition to the institutional placement, there is also a retail offering for this bond at an indicative size of $300mn. The combined issue size can reach a maximum of S$650mn if there is oversubscription from retail investors. The real estate owner/developer will provide a guarantee against the green bonds issued via its funding arm Frasers Property Treasury.  Proceeds will be used to finance or refinance eligible projects under Frasers Property Treasury’s green finance framework which was set up in April this year. The parent aims to achieve net zero carbon emissions across its global subsidiaries by 2050.

To learn more about green bonds and ESG bonds in general, click here.

“We need to act now, forthrightly, strongly as we have been doing… My colleagues and I are strongly committed to this project and will keep at it… The Fed has and accepts responsibility for price stability”

“Not too long ago, a 0.75% increase in the policy rate would have been considered a complete hiking cycle in the euro area. Today’s further outsized rate increase is in response to an upside surprise in recent inflation data and a more hawkish inflation outlook ahead”

“The reference to frontloading may suggest a slower pace of tightening ahead. In a way, it is still the gas story playing a role, simply because it has caused some de-linking of euro-dollar with its short-term rate dynamics and monetary policy divergence.”

“I think that we’ve got a good plan in place. We could very well do 75 in September. My mind is not made up. I do know that we need to be increasing interest rates up to a substantially higher level than where they are now… I wouldn’t say that I’m advocating sort of pausing at 3.5%, because I think 4 is more likely” 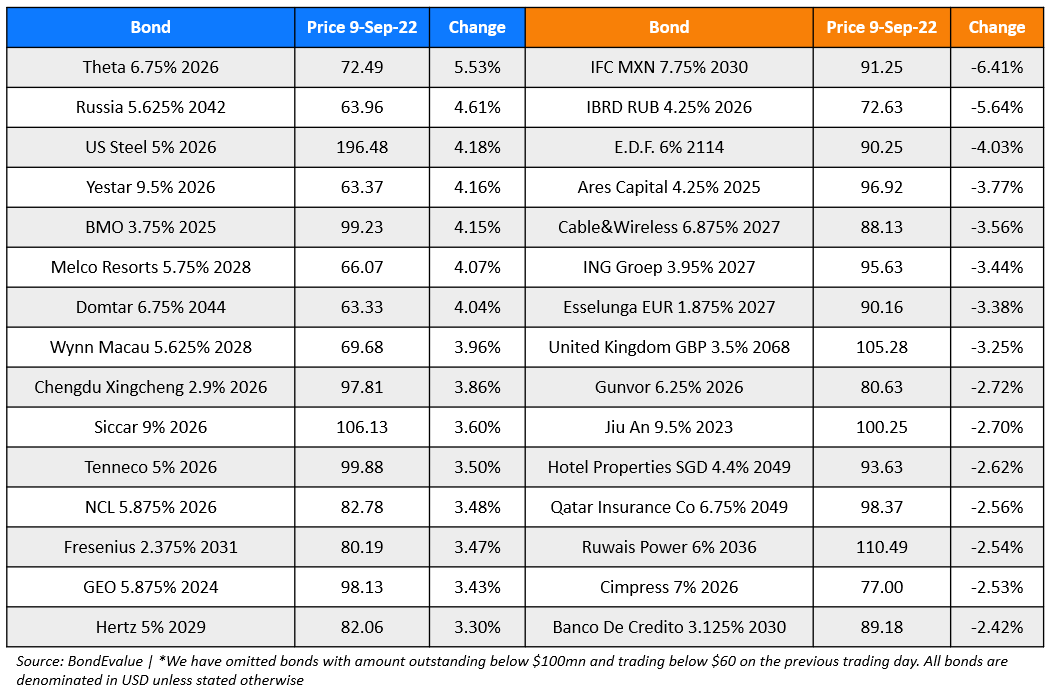