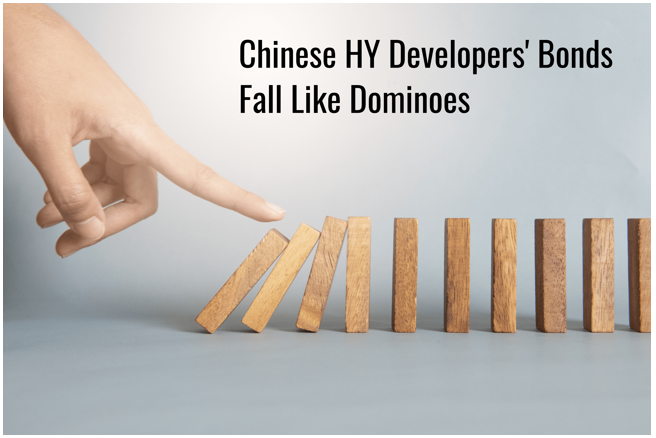 Chinese real estate developers’ dollar bonds saw carnage yesterday after Fantasia’s default. What started as a drop in investor sentiment towards the sector beginning with the systemic impact of Evergrande, has now translated into a domino-effect with most developers’ bonds, including investment grade rated names such as Country Garden, taking a beating.