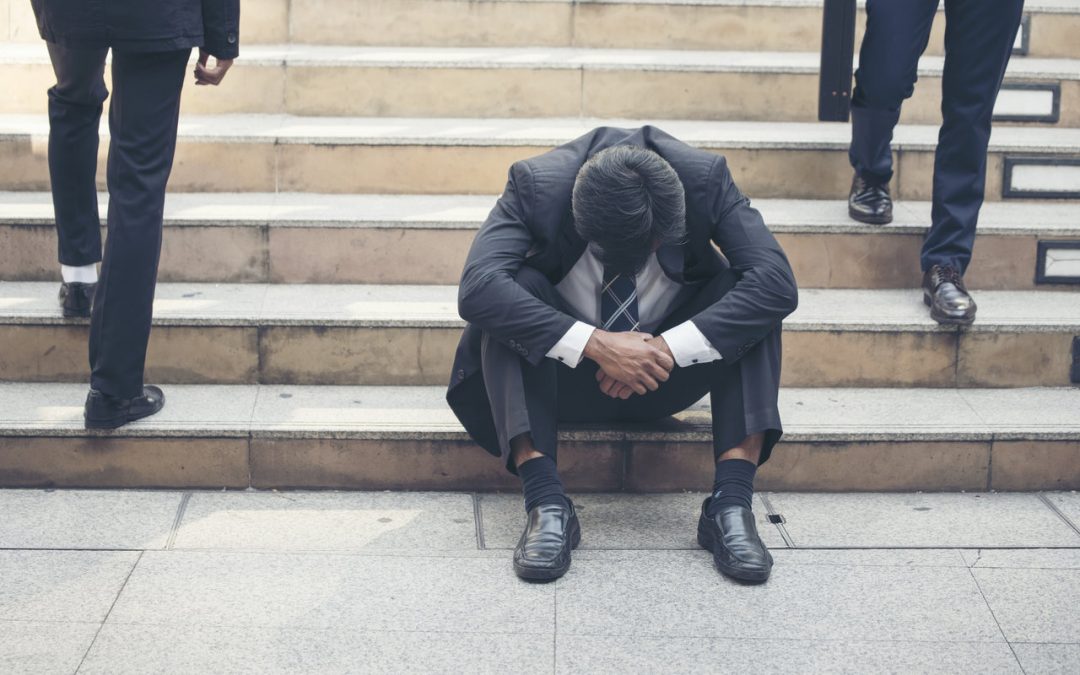 Despite a record shattering 3.283 million Initial Jobless Claims yesterday, the stock markets continued to rally for the third consecutive day on expectations of the $2tn stimulus package getting approved today. Although still down 22% since its peak in February, the S&P 500 has rebounded sharply by 17.6% over the past few sessions to enter what may be a new bull market. The stimulus package is yet to be law, and any obstacles to the passing or the implementation of the package could derail the rally. The US has now surpassed China as the country with the most number of coronavirus cases. Across the world, countries have increase the state of their lockdown as the virus spread continues, which begs the question, is this really the start of a new bull market? 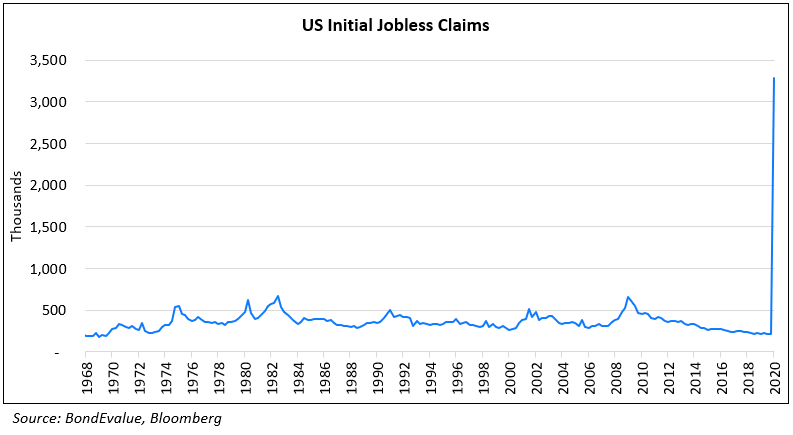 Moody’s Investors Service placed Tata Motor’s rating under review for downgrade, as the pandemic threatens to further weaken the already fragile credit profile of the Indian automaker. Last week, Tata Motors’ luxury unit Jaguar Land Rover said it would shut its plant in the UK this week. JLR also shut its plant in Slovakia. Tata Motors is already contending with a severe downturn in India amid weakening consumer sentiment.

Mexico Downgraded by S&P to BBB from BBB+

Reasons stated include the expected economic hit from the coronavirus pandemic and a plunge in oil prices piling pressure on the government to lift the economy. Mexico’s economy is already in recession and the reasons stated earlier have battered the outlook. S&P expects the Mexican GDP to decline between 2% to 2.5% in 2020 and rebound in 2021 by a little over 2%. S&P also put Mexico’s outlook on negative and lowered its long term local currency sovereign credit rating to BBB+ from A-. MXN dropped 1.6% against the dollar following the downgrade.

The 9% bond due 2020 guaranteed by Beijing Properties Holdings Limited has had 13.2% or US$33mn bought back by the issuer Nimble City Limited. The total outstanding amount of this bond is now US$217mn down from US$250mn. The bonds were bought back during the period of 19 March to 26 March.

In a letter to European Council president Charles Michel, leaders from nine countries including France, Italy and Spain said the EU needed “to work on a common debt instrument issued by a European institution to raise funds on the market on the same basis and to the benefit of all member states”. This goes against some capitals including Berlin that believe this move is too early. The idea is controversial as it strays into the area of mutualized debt issuance by eurozone governments resurrecting the concept of “eurobonds” that has been repeatedly rejected by countries such as the Netherlands, Germany and other northern members of the currency bloc as being fundamentally not compatible with their vision of the monetary union.

The board has approved, subject to other requisite approvals, raising of additional Rs 5,000 crore over and above the Rs 10,000 crore existing approval. This comes after the government announced a rescue plan drafted by the RBI under which the State Bank of India would pick up around 49% equity in Yes Bank. ICICI Bank and HDFC pumped in Rs 1,000 crore each, Kotak Mahindra Bank and Axis Bank Rs 600 crore each, Federal Bank and Bandhan Bank Rs 350 crore each and India First Bank Rs 250 crore.

Moody’s expects the global long-term gross sovereign sukuk issuance to rise to nearly US$75bn, up from US$71bn last year. These volumes could rise more if oil prices and demand were to be further dampened as a consequence of the coronavirus outbreak. In that case, hydrocarbon exporting issuers would have higher deficits and financing requirements. Apart from this, the market will rise further as sukuk from Gulf Cooperation Council (GCC) governments begin to mature. Saudi Arabia financed nearly 54% of its 2019 fiscal deficit through net sukuk issuance as governments in this region emphasize on developing their domestic capital markets.

S&P and Moody’s are cutting credit grades at the fastest pace in a decade. Delta Air Lines has been cut to junk status by S&P Global Ratings citing a steep decline in demand. This low demand has cut into earnings of many airlines and has led to ratings downgrades of Boeing Co, American Airlines Group and Lufthansa recently. 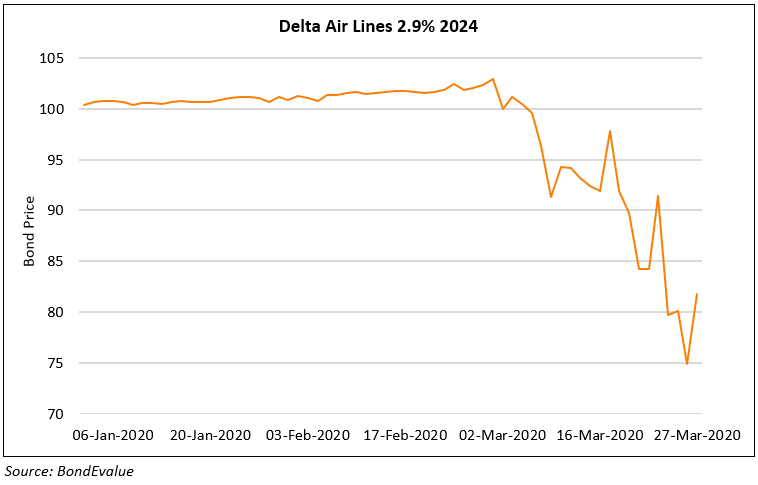 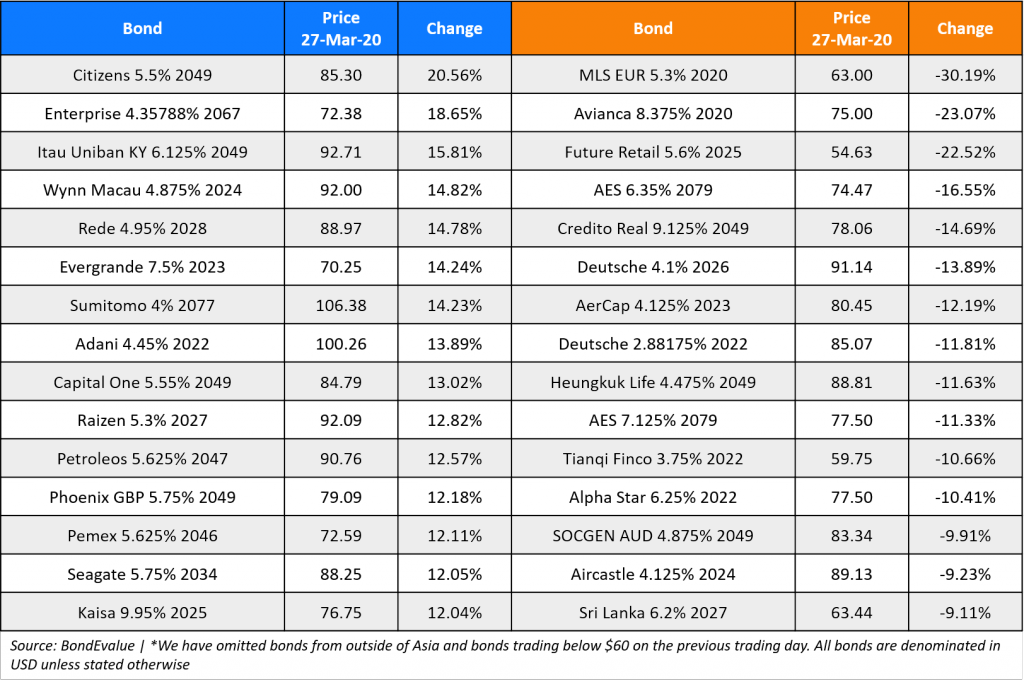 Big banks are postponing decisions about staff cuts as the coronavirus outbreak hits their businesses hard, with executives saying they are unsure how long the outbreak will hurt the economy and worried about being unprepared if business suddenly snaps back. Morgan Stanley (MS.N), Goldman Sachs Group Inc (GS.N), Wells Fargo & Co (WFC.N), Deutsche Bank AG (DBKGn.DE), HSBC Holdings PLC (HSBA.L) and Citigroup Inc (C.N) were among those on Thursday reassuring staff privately or through public statements that job cuts are not on the table.

Banks are hesitant to make changes because the future is so uncertain, executives and external consultants told Reuters. “You would be fibbing if you said we can really make guarantees or assurances to you,” said compensation consultant Alan Johnson. “There’s a danger of making promises that you ultimately can’t keep. Nobody knows.”

Global index providers have delayed updates to some of the most important stock and bond indices amid concern that forcing investors to follow suit could trigger fresh market turmoil. S&P Dow Jones Indices, FTSE Russell and ICE Data Services have all postponed updates to benchmarks, which would normally be rebalanced at the end of the month to reflect changing market prices. Analysts said index providers are nervous about compelling index-tracking investors to buy or sell large quantities of bonds at a time when the creditworthiness of many borrowers was uncertain and prices were volatile.

“The securities moves this month have been so extreme that they are afraid a rebalancing will force trillions of indexed and passive money to adjust their portfolios,” said Jim Bianco of Bianco Research. FTSE Russell said it would postpone the March month-end rebalances for its monthly total return indices but plans to resume the operation in April. The provider, which is owned by the London Stock Exchange Group, said it would incorporate March’s turnover in April’s numbers.

It took deeply unpopular bailouts costing hundreds of billions of dollars to help end the most-recent economic crisis. Policy makers swore they’d never do it again. “There will be no more tax-funded bailouts—period,” then-President Obama declared in 2010. A decade later, they’ve done it again. Late Wednesday, the Senate passed an even bigger package of bailouts and stimulus to address the coronavirus pandemic, with a speed and degree of consensus that was largely absent in the last episode. The House of Representatives is expected to pass the legislation as soon as Friday, and the White House has said President Trump would sign the law immediately.

What changed? Veterans of the last go-round say the underlying causes and thus the politics of the crises are completely different. The prior bailouts went to banks and financiers, who were blamed for helping cause the crisis, but who needed saving because they were essential to providing credit to the mainstream economy, from Fortune 500 companies to mom and pop stores. By contrast, the current bailouts are aimed at the mainstream economy itself, much of which has ground to a halt as governments have ordered businesses closed and asked people to stay in their homes.

After China’s recent announcement that it would pump 1.4 trillion yuan into the economy, more details have emerged from the stone mansions of the Chinese Communist Party on where the money will go.
A large part of the allotted special bonds will go to peripheral provinces to bring more equal development in the country – and into infrastructure.