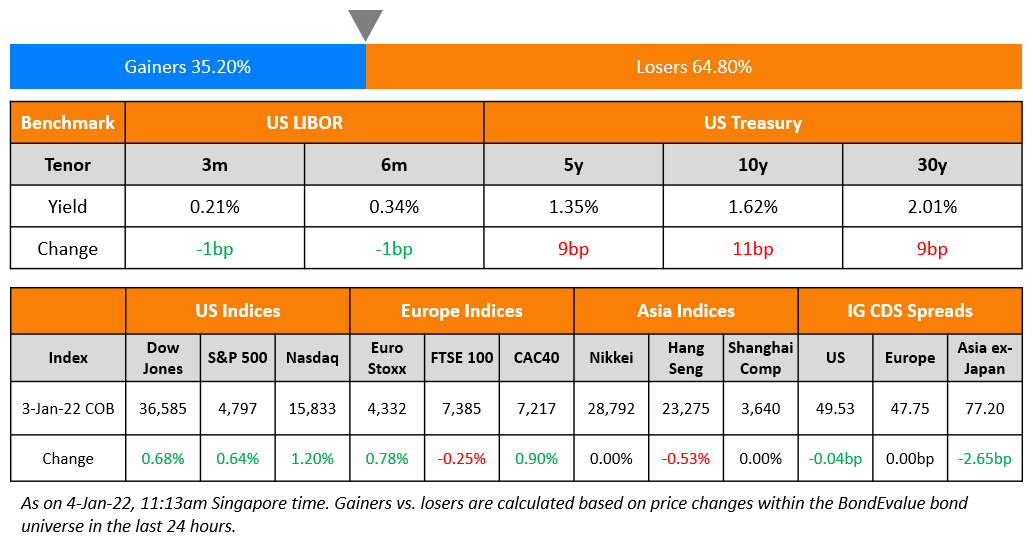 US equity markets ended higher, with the S&P and Nasdaq up 0.6% and 1.2% respectively. Energy and Consumer Discretionary led the gainers, up 3.1% and 2.8% while Materials led the losers, down 1.4%. US 10Y Treasury yields soared 11bp to 1.62%. European markets were mostly higher with the DAX and CAC up 0.9% each while FTSE was down 0.3%. Brazil’s Bovespa was down 0.9%. In the Middle East, UAE’s ADX was down 0.3% while Saudi TASI was flat. Asian markets have opened mixed – Shanghai and HSI were down 0.6% and 0.3% while HSI and Nikkei were up 1.1% and 1.4% respectively. US IG CDS spreads were flat and HY CDS spreads widened 0.1bp. EU Main CDS spreads were flat and Crossover CDS spreads were 0.2bp wider. Asia ex-Japan CDS spreads tightened 2.7bp. 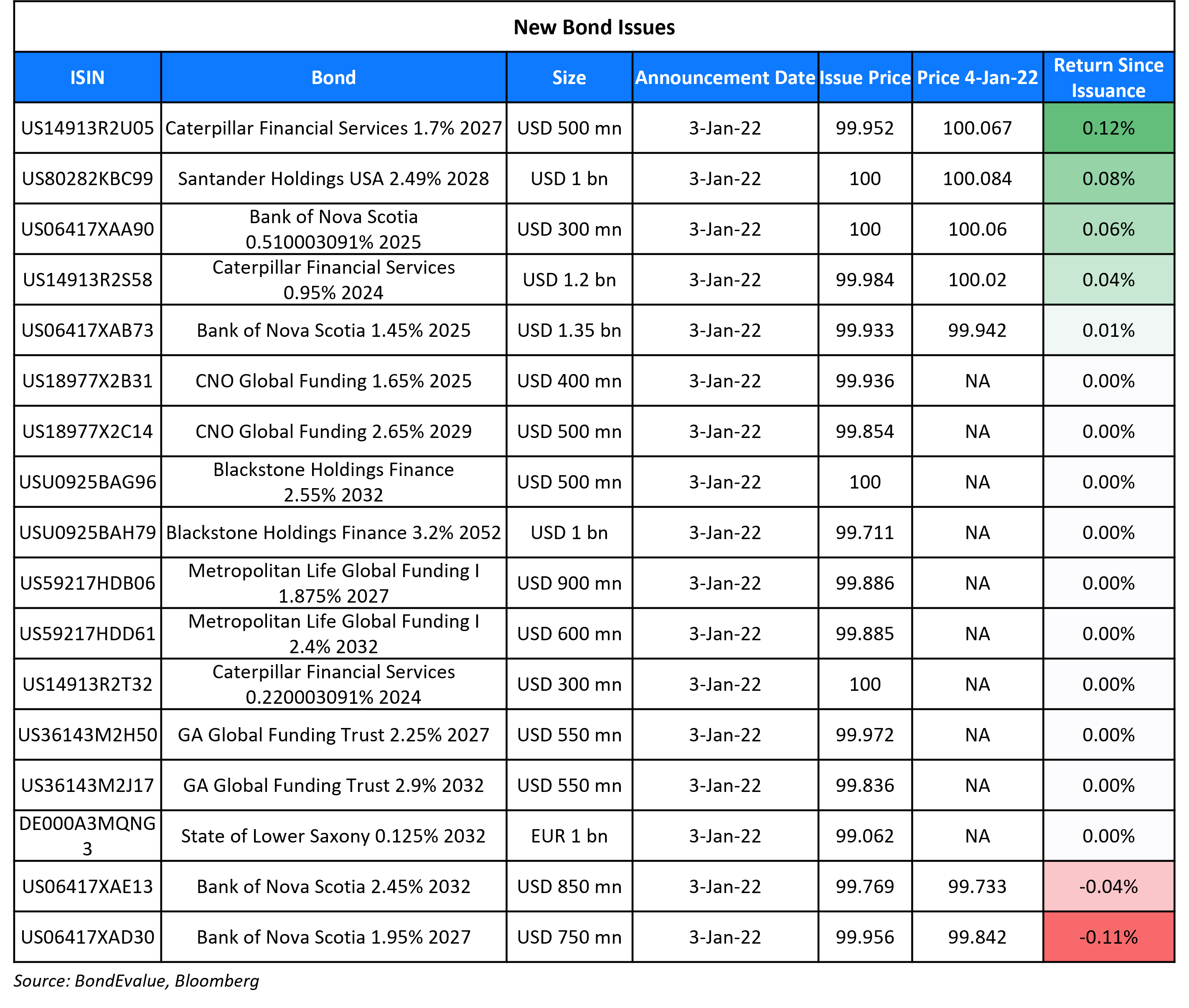 Bank of Nova Scotia raised $3.25bn via a debt offering in 4 parts. It raised:

The bonds have expected ratings of A2/A-/AA-. Proceeds will be used for general corporate purposes.

Purchasing Managers Index (PMI) is an index composed of a monthly survey of purchasing managers/supply chain managers across industries. This is a diffusion index, a statistical measure of summarizing the common tendency of a series – if there are more number of values rising than falling, the index is above 50 and the index goes below 50 if the falling values exceed those rising. For PMIs, a value below 50 indicates contraction and a value above 50 shows expansion. These surveys are taken over different areas of the supply chain business: New Orders, Employment, Inventories, Supplier Deliveries and Production covering imports, exports, prices and backlogs. In most countries, Markit publishes the PMI numbers while other organizations publish them too. Markit generally publishes the month’s PMIs in last week of the month.

On US Treasury yields rising sharply in bearish start to 2022 – Sean Darby, analyst at Jefferies

“With speculative spirits high, investors will need to gauge return per unit of risk as volatility reappears.” “Perhaps equity investors should be more concerned that policymakers might get boxed in by trying to tame inflation with higher rates without upsetting asset markets.”

Lena Komileva, chief economist at G+ Economics
“While the effects of each new pandemic wave on growth are fading and inflation likely peaked in late 2021, a policy rush towards withdrawing fiscal and monetary support for private sector capital — industry, bank and entrepreneurial — in an ongoing pandemic is by far the biggest risk to the outlook.”

Alberto Gallo, portfolio manager at Algebris Investments
“Periphery spread levels are tight, and volatility might rise as the ECB reduces its purchases.” “In particular, we might see volatility around French elections and potentially around Italian elections.”

On the opportunity in Asia credit market following 2021’s underperformance

According to Nomura International (HK) Ltd. analysts including Nicholas Yap

“The bulk of the alpha for Asia high yields, and overall Asia credit, in 2022 will no doubt come from China high-yield property given wide valuations at present.” “It is ultimately an issue of timing and credit selection.”

“There are a number of factors that may pose threats in January to the stable liquidity conditions the central bank has vowed to maintain.” “The bond market is currently vulnerable after an increase of leverage in December, which means financial institutions will be more reliant on PBOC’s liquidity support.”

“The demand for liquidity will start to pick up from mid-January.” “But the PBOC will use a prudent policy to ensure the supply of cash is stable.” 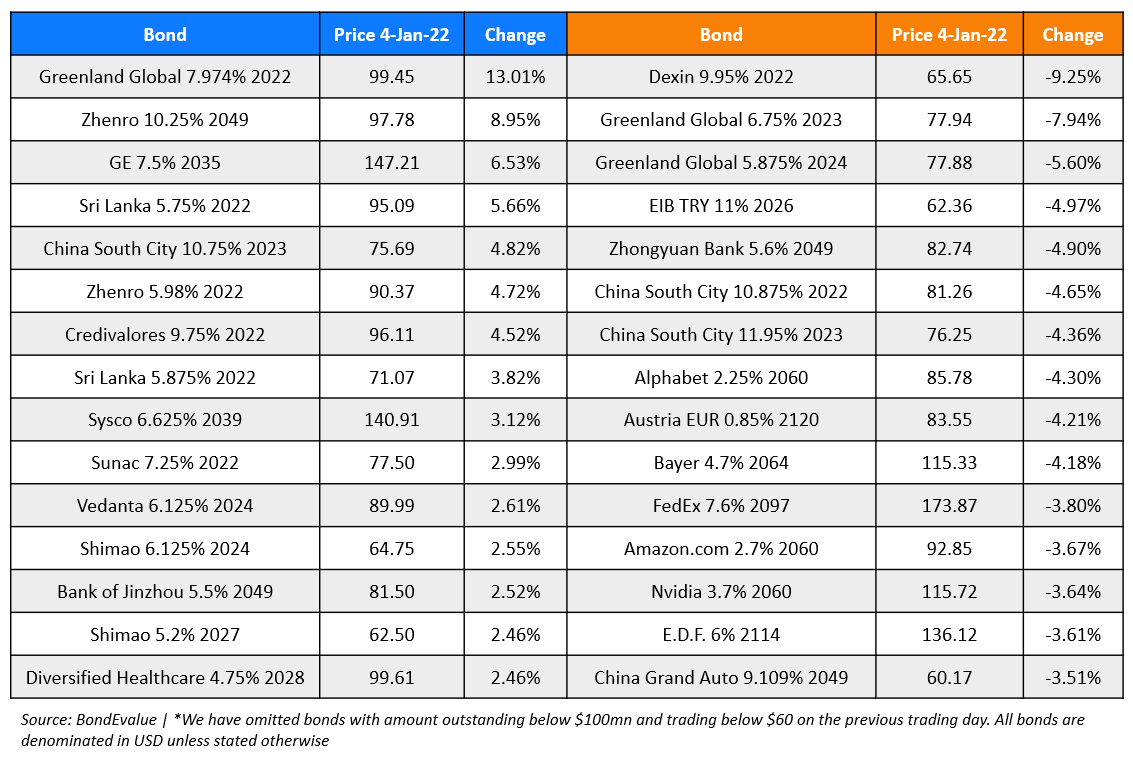