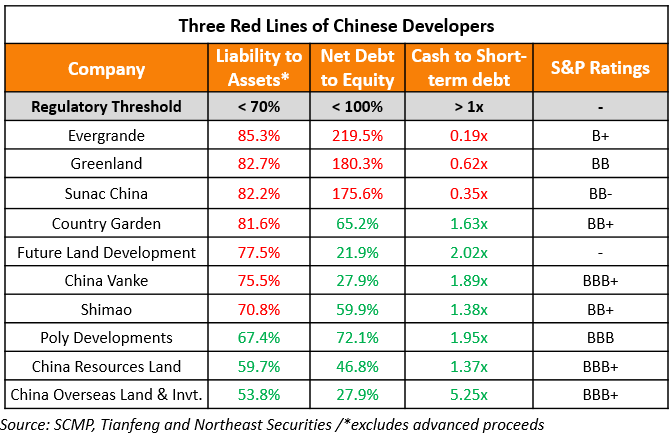 According to rating agency S&P’s analysis, only 6.3% of Chinese property developers currently comply with the three-red lines drawn by authorities. This would imply that the developers cannot borrow more money from banks or financial institutions if existing debts have not been paid, or, if its overall leverage has not improved. Chinese property developers have CNY 1.2tn ($185bn) in debt repayable by end-2021, 36% more than in 2020, according to Beike Real Estate Research Institute.