Over $30bn Eroded From Chinese Developers’ Dollar Bonds Since Mid-August 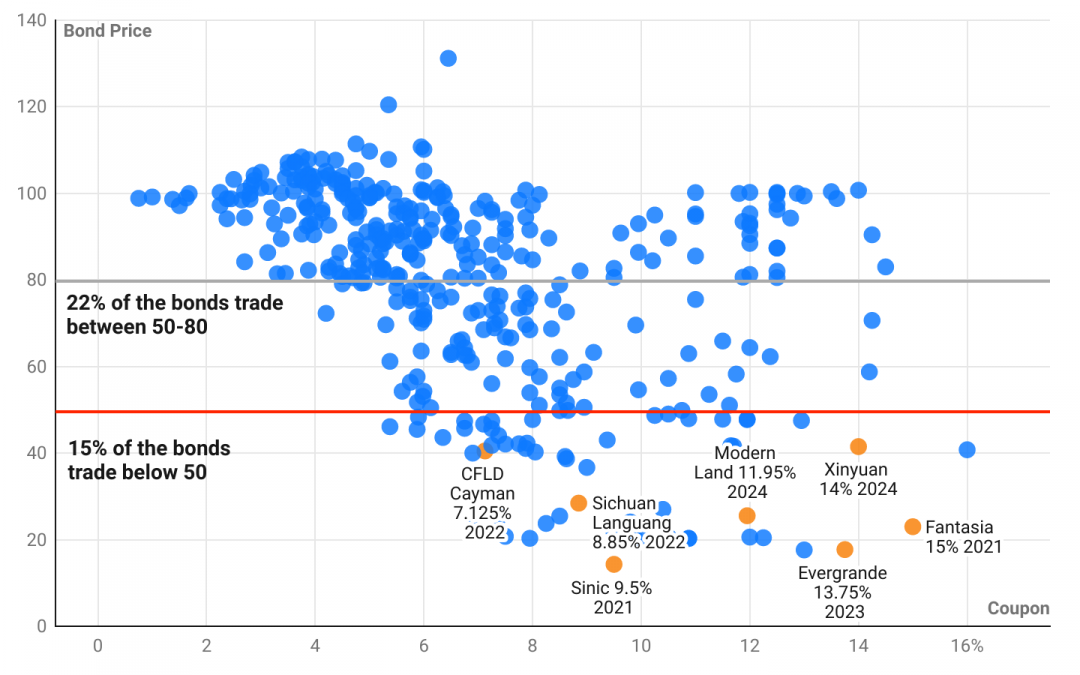 As the turmoil unfolds in the Chinese real estate sector, developers’ dollar bonds have seen an erosion of over $30bn in notional value since mid-August. In the animated chart below, we have plotted prices of Chinese developers’ bonds in our universe on August 16, September 15 and October 13 to highlight the trajectory. The chart below clearly shows the transition in the number of bonds trading above 80 cents to below 50 cents on the dollar in the last three months. You can click on each of the three dates below the chart title to see the scatter plot for that date.

What began as an Evergrande's crisis has spilled over to pretty much the entire sector, with major updates over the last couple of weeks being: