PBOC Proposes New Anti-Monopoly Rules That Could Break Up Alipay 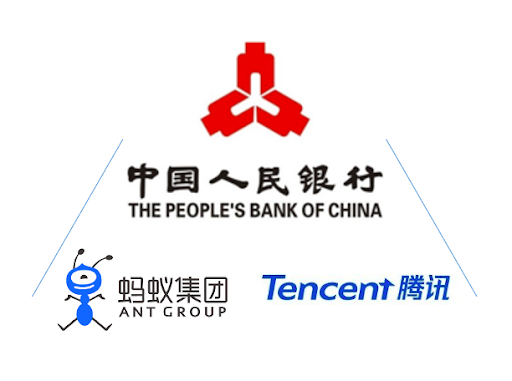 The People’s Bank of China (PBOC) has proposed draft anti-monopoly rules with an aim to strengthen the supervision and management of non-bank payment institutions to prevent payment risks and protect the legitimate rights and interests of parties. The rules cover the “non-bank payment institutions” with limited liabilities or joint stock limited companies in China and would directly affect Alibaba’s Alipay and Tencent’s WeChat Pay. If a payment firm is identified as a monopoly, then the regulator can advise the State Council’s antitrust committee to decentralize its operations, or break up the firm. The new rules will enhance the PBOC’s oversight over all payment firms and will apply to the following firms.

Chinese regulators seem to be targeting Jack Ma after he had criticized the financial regulators in October last year. Since then, Ant’s $37bn stock market debut was cancelled by the regulators and an anti-monopoly investigation has been launched into Alibaba. According to Angela Zhang, an antitrust expert and head of the Centre for Chinese Law at the University of Hong Kong, the PBOC “is stepping into someone else’s territory to state what a monopoly is — it signals they are strengthening their control and added “Both Ant and Tencent have a strong market position in payments — I imagine they will be quite nervous about this.”