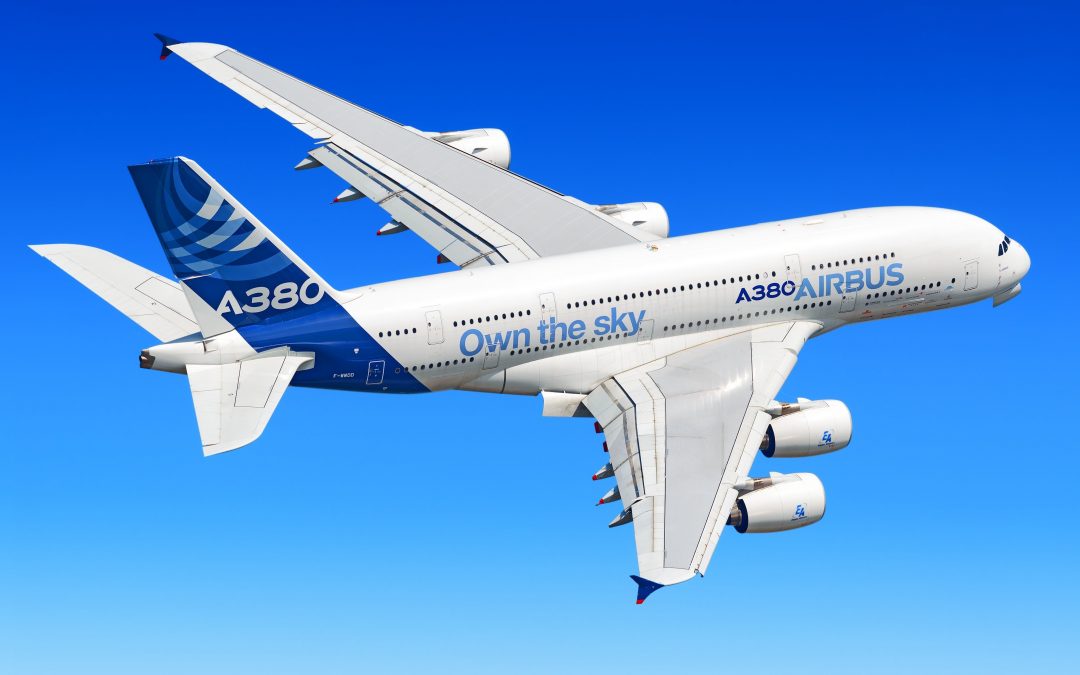 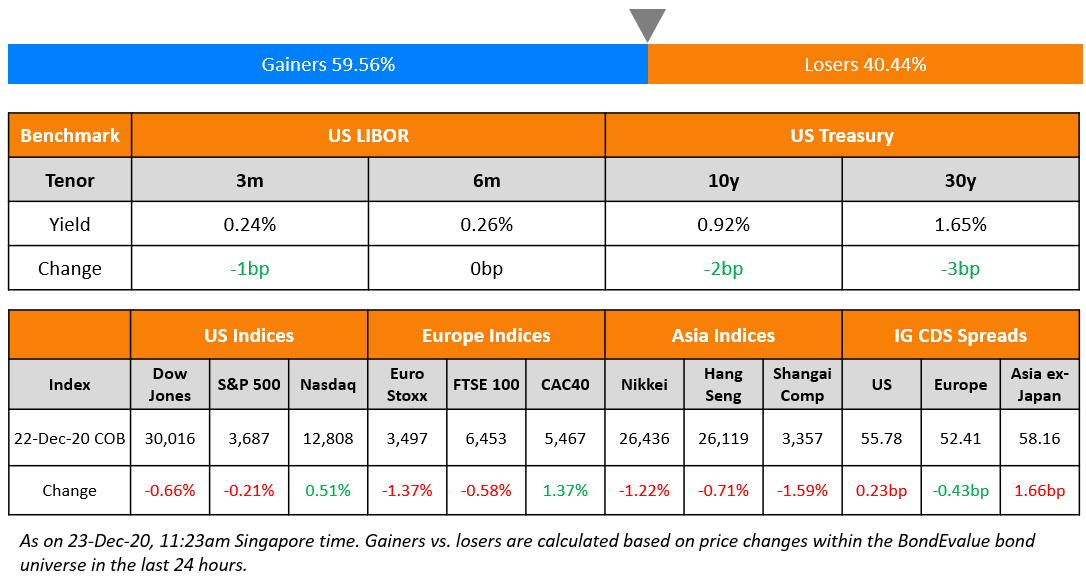 US equities closed slightly lower with the Dow and S&P down 0.7% and 0.2% while Nasdaq outperformed, up 0.5%. News on Apple’s electric car production saw its stock rally ~3%. The US Congress approved the $892bn Covid relief package with both the House and Senate pushing their votes forward. However, President Trump said he has asked Congress to amend the pandemic aid legislation to remove certain items and raise stimulus cheques to $2,000. Major European indices were up ~1.3%. US 10Y Treasury yields were 2bp lower. US IG CDS spreads were 0.2bp wider and HY was 0.65bp wider. EU main CDS spreads tightened 0.4bp while crossover spreads tightened 1bp. Asia ex-Japan CDS spreads were 1.66bp wider. Asian equities have taken impetus from European equities, more than 0.5% higher.

Hong Kong Junfa Property raised $121mn via a 2Y bond at a yield of 11%, unchanged from the final guidance. The bonds have expected ratings of B+ by Fitch and proceeds will be used for offshore debt refinancing purposes. Power Best Global Investments is the issuer of the bonds and Hong Kong JunFa Property is the guarantor.

Outlook on China Credit Growth and Central Bank Support in 2021

Policy sources in China said that the People’s Bank of China (PBOC) will scale back its economic support in 2021 and slowdown credit growth though tightening of policy may not happen any time soon due to the pandemic recovery plans. “Monetary policy will definitely not be as loose as before… But a sudden policy tightening would expose problems in the economy, such as debt defaults… Barring a significant rise in inflation, the central bank is unlikely to raise interest rates” said one of the sources. The Chinese Academy of Social Sciences, a think-tank agency of the government expects China’s debt-to-GDP to move above 270% ending this year. China has shown indications of embarking on deleveraging – most recently with big banks unwilling to lend to small financial firms after a recent spate of defaults. “More defaults could happen next year due to the ongoing policy tightening and the growth deceleration later” said Larry Hu, head of China economics at Macquarie HK. Besides, macro data and a strong currency also show signs of a return to near normalcy.

In related news, China will extend two virus relief measures that were set to expire year-end. The measures were taken to provide continued financing support to small and micro enterprises. This will allow extending new loans/roll over maturing loans to help these companies recover, the State Council said, though it didn’t specify how long the policies will be extended.

Outlook on GCC Economies & Debt for 2021

Franklin Templeton reports that dollar issuance in the Gulf countries would total ~$120bn in 2021. UAE would lead corporate bond sales while Qatar would lead the sovereign bond space as per Mohieddine Kronfol, Dubai-based chief investment officer for Middle Eastern and North African fixed income at Franklin Templeton. Besides the two nations above Kuwait is also likely to be a large issuer if it renews an erstwhile debt law according to Mr. Kronfol. In the local currency space, Fitch expects ~$40bn in debt sales mostly in Saudi Arabia. Fitch also expects balance sheets of sovereigns to weaken. Lower rated oil exporters and Kuwait may see debt and foreign asset metrics weaken – the Kuwaiti government has almost exhausted its liquid assets, making it less likely to cover a budget deficit of ~$46bn this year. Meanwhile, Bahrain and Oman would seek support from Gulf neighbors. Dollar bonds of gulf nations were largely stable – Kuwait’s 3.5% 2027s were up 0.2 to 114.25, Saudi’s 2.5% 2027s were flat at 105.86 and Oman’s 4.875% 2025s were down 0.1 to 102.07.

European planemaker Airbus could lose over $5bn in aircraft orders if Malaysia’s AirAsia X Bhd (AAX) debt restructuring gets approved according to a court document filed in a Malaysian court. AAX, the long-haul unit of budget airline AirAsia Group had announced a restructuring plan on October 6 to bail it out of its financial crisis caused due to restrictions on international travel. The restructure, which requires approval from 75% of the creditors of the total value of the debt, included a debt restructure scheme and rationalizing its aircraft fleet. Airbus stands to face a loss in case the purchase agreement with Airbus is terminated. AirAsia accounts for a fourth of orders for the A330neo and has unfulfilled orders for 78 A330neo jets. It also accounts for 10 A350-900 and 30 A321neo orders and owes Airbus MYR 48.71bn ($12bn). Airbus’s Asia-Pacific Head of Region Anand Stanley revealed through an affidavit filed in a Kuala Lumpur High Court that  Airbus “will suffer substantial losses and prejudice” from termination of purchase agreements. He said that “AAX has ordered and Airbus has already built, or substantially built, seven A330neo aircraft which are currently in the inventory”.

As per Reuters, AAX’s total debt stands at MYR 64.15bn ($15.8bn) and it had proposed to reconstitute its debt into a principal amount of MYR 200mn ($48mn) and waive off the rest. BOC Aviation (BOCA) is AAX’s largest lessor and its HK COO David Walton had said through an affidavit at a Kuala Lumpur High Court on November 26 that the restructuring writes 99.7% of the claims without offering creditors an equity stake. BOCA also claimed that the restructure of AirAsia “favoured Airbus and lacked the debt-to-equity offer for creditors”. Walton also said BOCA should be categorized as a financing creditor separately from an equipment manufacturer like Airbus as they have different interests. BOCA contended that the debt calculations should not include future debt as these are mostly owed to Airbus, which accounts for 75% of the debt value needed to approve restructuring thus reducing the veto power of the lessors. In November, a UK court had also ordered AAX to pay BOCA $23.4mn for outstanding aircraft lease liabilities. BOCA’s proposal of debt-to-equity conversion however runs against the AAX restructuring as per the airlines as it would make it difficult for it to raise funds. AAX has announced plans to raise $123mn through a rights issue from existing shareholders and share subscription from new investors to tide over its liquidity crisis. The fundraising however is contingent on approval for the restructuring scheme and at least a dozen creditors have filed objections to it.

Thailand’s competition commission chief criticized Charoen Popkhand’s (CP) $10.6bn deal to acquire Tesco’s Thai supermarkets warning that it may lead to a near monopolistic power of the retail and wholesale markets. Sakon Varanyuwatana, chairman of the Office of Trade Competition Commission had voted against the deal. “We are afraid that after the merger, they will have almost full control of the market”, Mr. Sakon said. CP is Thailand’s biggest food and animal feed producer and its deal with Tesco was approved overall by a 4-3 vote, which as per FT would be the biggest takeover in Thailand’s history and among Asia’s largest M&A deals in 2020. CP Foods’ 0.5% dollar convertibles due 2021 were up 0.3 to 107.36 while Tesco’s dollar 6.15% 2037s traded lower by 1 point to 128.3.

As the name suggests, these are bonds where use of proceeds are earmarked to help with increasing access to vaccines, particularly in developing countries. These would come under the ‘social bonds’ category. Cyrus Ardalan, the Chair of The International Finance Facility for Immunisation (IFFIm), estimated that between a quarter and half of GAVI’s COVID-19 funding needs would be met through IFFIm bonds. GAVI is an international organization founded in 2000 to improve access to new and underused vaccines.

Vaccine bonds are not new and have been issued by IFFIm since 2006.

On Trump threat to not sign COVID-19 bill and demand for bigger stimulus checks – Donald Trump, US President

“I’m also asking Congress to immediately get rid of the wasteful and unnecessary items from this legislation, and to send me a suitable bill, or else the next administration will have to deliver a COVID relief package. And maybe that administration will be me,” said Trump.

“We do expect fee pools to develop positively, barring any Covid-19 induced explosions or implosions in the real economy,” Muehlen said. “On the institutional side and the capital markets side, activity will pick up following the pandemic,” Muehlen said. “Debt financing requirements in both the private and the public sector are going to increase. We’re seeing an increasing quantum of sovereign debt issuance coming to market now, which is something we seek to obviously participate in to support economic revival across the region [and] which also results in fee generation.”

On the threat of a $1.8 trillion bond glut on Treasuries’ seven-year rally

Jay Barry, a strategist at JPMorgan

“The fact that the net Treasury duration hitting the market will almost double next year to a record is one key part of our calculus for yields,” said Barry. “This combined with our expectation that economic growth will average an annualized 5% after the first quarter will push long-term yields higher.”

“A major portion of the yield rise we expect is due to the improving economy,” with the rest due to the weight of supply, said Korapaty.

“As funding ratios get even better, it will make sense for the pension funds to take profits by selling equities and then re-balance by buying more fixed income as yields rise,” said Rajappa. “Part of the reason we don’t expect yields to rise too much is because there should be good private demand, from pension funds as well as from foreign accounts.”

“Normally indexers get a nice tailwind from the coupon to help when prices are falling,” said Cloherty. “But there will be no tailwind next year to help. So indexers don’t need as big a decline in prices to put returns into negative territory.”

“The Fed has created an expectation of a bailout. If you think about it, it is insane,” he said. “It’s exactly what critics would say capitalism has created. But it’s the reality.”

“Companies even in the worst affected industries now look like they will get through the pandemic but what do they look like on the other side? Can they ever get out from this huge debt burden they had to take on?

“There’s a misperception in the market that Asia credit is a lot riskier than other regions, whereas the data just doesn’t support that and you’re getting paid for that misperception”

“We believed the fundamentals in China property would continue to play out to support a fast rebound in prices, and we had two bites at the apple in playing this thesis…Next year we will see a lot more credit differentiation that will throw up more opportunities.”

“This is…a negative surprise, so if this was to play out with extended lockdowns and it’s impacting wider sectors and if sentiment turned more negative on the primary market, then we see this definitely more of a negative risk on default compared to just before.”

“There is a lot of back and forth in the market…Virus worries continue to weigh while we are still waiting for progress on a possible Brexit deal.”

“It’s possible to shift from stabilising leverage to reducing leverage if the recovery reaches a certain stage, but we should not rush,” said Kang. 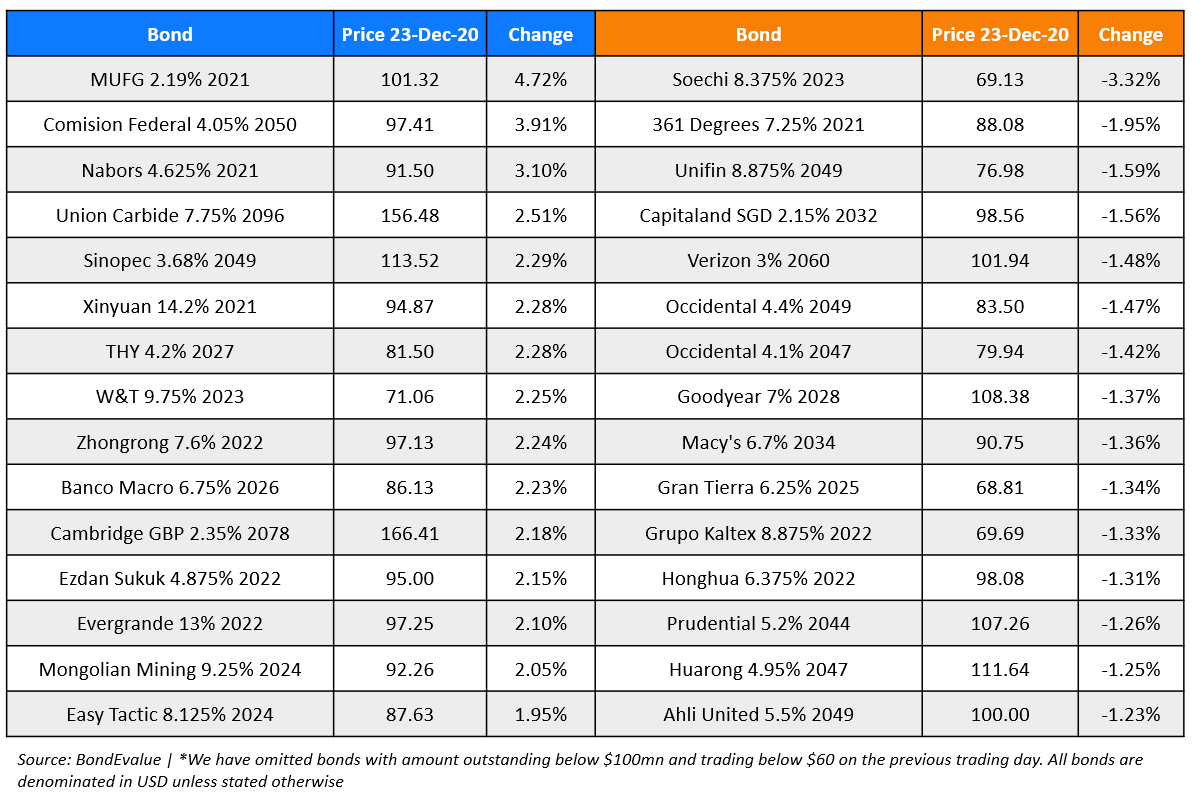