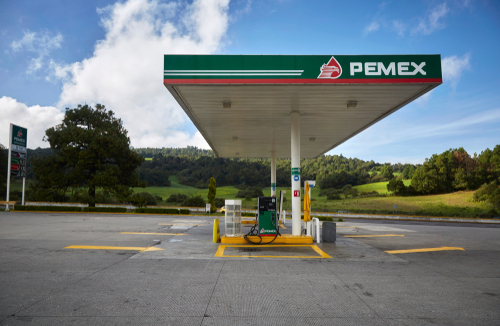 Suppliers of Pemex are incurring losses upon selling their holdings of Pemex’s swapped/refinancing bonds. In June, Pemex refinanced its debts owed to suppliers via the issuance of new 8.75% bonds due 2029 instead of paying cash. This was done because Pemex was struggling to generate sufficient cash to pay its suppliers amid heavy tax burdens and falling production. Citigroup Global Markets has helped these supplier offload roughly $288mn of the bonds at 87 cents on the dollar, a 13% loss on the purchase value. Suppliers who did not sell their holdings on the secondary market still own ~$200mn of the 8.75% 2029s, as per sources. They note that these holders will be able to sell the bonds only when their lockout periods end in either late July or end-September. Concerns over Pemex’s finances have only increased with the latest news, with the company being the most indebted oil company in the world at $108.1bn. “Pemex has weak liquidity and is highly dependent on government support,” Moody’s said last week, adding that it will have “substantial negative free cash flow in the next 12 to 18 months, driven by insufficient operating cash generation to pay interest expenses, taxes and capital spending.”

Pemex’s dollar bonds recovered yesterday but have been trending lower since April. Its USD 6.5% 2029s were trading at near par at end-March and are now at 79 cents on the dollar, yielding 10.7%.