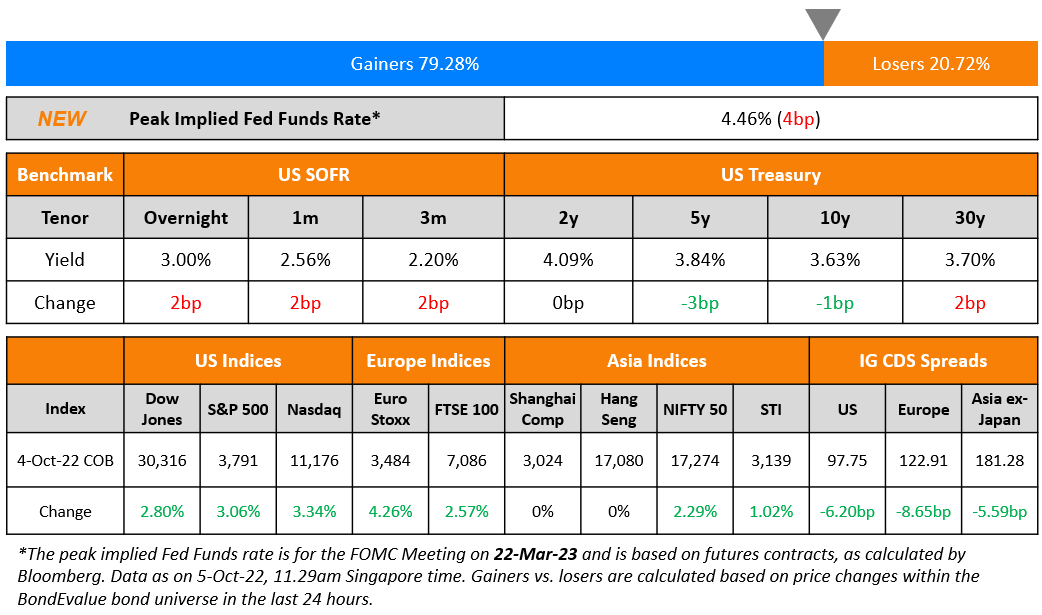 US Treasury yields eased slightly on Tuesday with the the 10Y yield down 1bp to 3.63%. The peak Fed Funds Rate currently stands at 4.46% for the FOMC’s March 2023 meeting, 4bp higher than yesterday. US credit markets saw a general tightening of CDS spreads, with IG tightening by 6.2bp and HY tightening by 37bp. US equity markets saw a marked rally with the S&P and Nasdaq rallying 2.8% and 3.1% respectively. Broadly, with bond prices taking a hit globally in Q3 and a broad-based sell-off over the course of the year, asset managers like PIMCO and Fidelity have now come out with calls in favor of buying bonds (scroll below to the Talking Heads for more details).

DBS Bank raised €750mn via a 3Y covered bond at a yield of 2.812%, 2bp inside initial guidance of MS+19bp area. The covered bonds have expected ratings of Aaa/AAA, and received orders over €1bn, 1.3x issue size. The bonds are issued by DBS Bank Ltd and guaranteed by Bayfront Covered Bonds Pte Ltd.

T-Mobile US sold its first-ever bond backed by customers’ phone loans, by pricing the sale of $842mn of ABS.

““The return potential in bond markets appears compelling given higher yields across maturities… We believe the case is now stronger for investing in bonds.”

“Our estimates on the possible increase in non-performing loans in hindsight proved, to say the least, overly pessimistic… In the second quarter of 2022 we observed that the more active originators continued to underwrite new transactions almost as thought it were business as usual, even as the opportunities to syndicate them were unclear”.

On Fed knows how to fight inflation, will seek to do so ‘gently’ –  San Francisco Fed President Daly

“If we do our jobs well, and we communicate to the public why we are doing what we are doing, and why the interest rate path we are taking is necessary to get inflation down, and that price stability for us is extremely important, as is doing it as gently as possible so that the economy can be in a balanced state as easily as possible”

“Our view is a hard landing is going to happen. We are looking for convexity trades that should do well in a hard landing — both long-dated Treasuries and yen should” 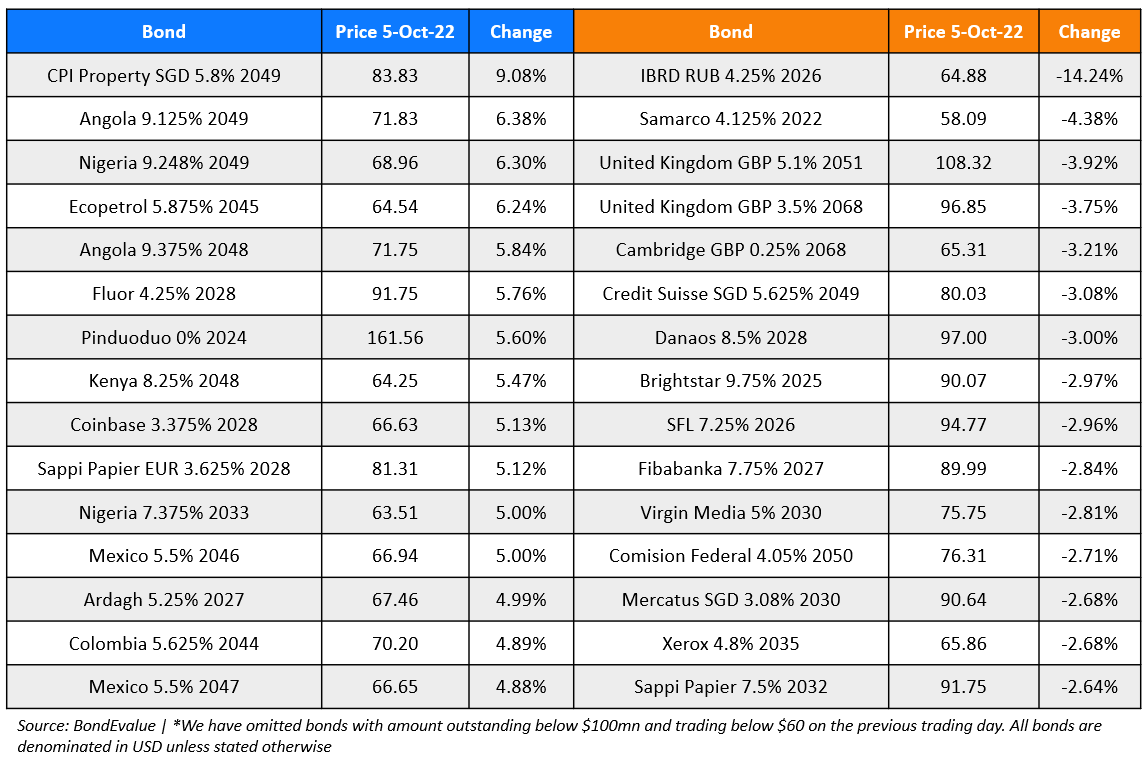