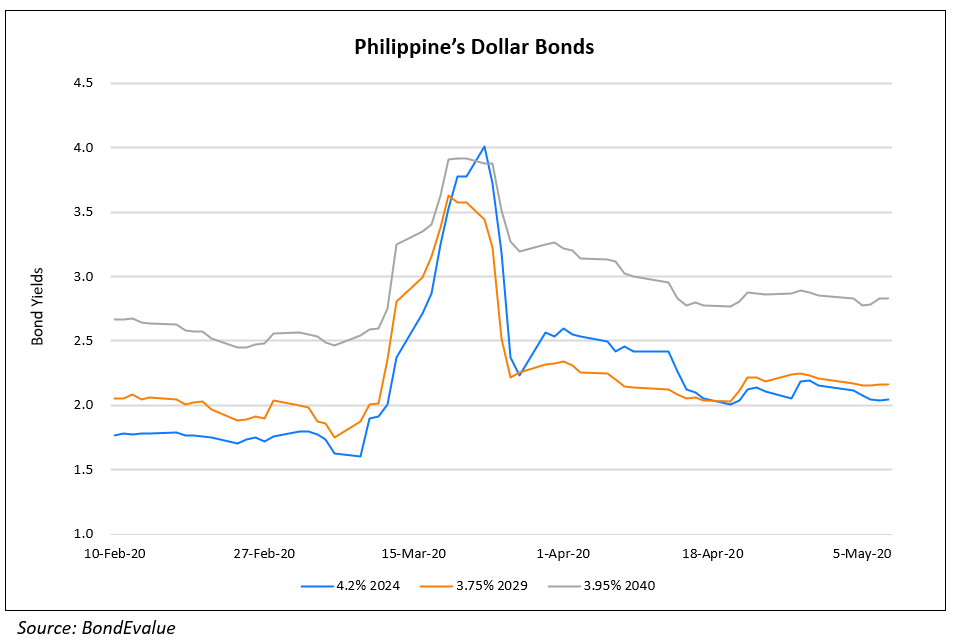 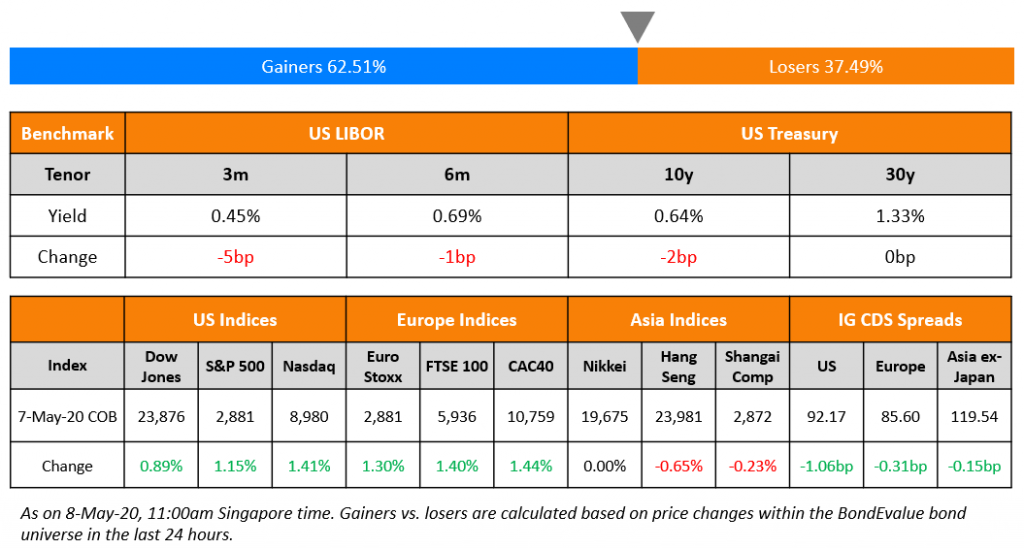 China exports numbers (+3.5% vs -15.7% expected) along with hopes of a coronavirus vaccine buoyed sentiment as markets rallied. US markets climbed and notably the Nasdaq composite climbed 1.4% to move into positive territory for the year. Initial jobless claims at 3.169mn, although still massive, was taken with comfort as this is a reduction from last week’s 3.864mn number. US treasury bonds were still in demand despite the risk-on sentiment. Traders are now pricing in the possibility that the U.S. central bank will cut its policy rate below zero, dragging the yield on two-year Treasuries to a record low. Fed funds futures contracts extended their rally from earlier this week and prices for early 2021 contracts surged above 100, a level that marks the boundary to negative interest rates. Asian markets are opening higher this morning by 1-2% and US index futures are up around 1%. The US high grade primary bond market saw twelve days of back to back deals sending this week’s volume to $85bn. Important economic data coming out later today is April’s Change in Non-Farm Payrolls (NFP), which is estimated at -22mn and April’s Unemployment Rate, which is estimated at 16%. With markets expecting the worst, it would take significantly worse numbers to have any serious negative impact. 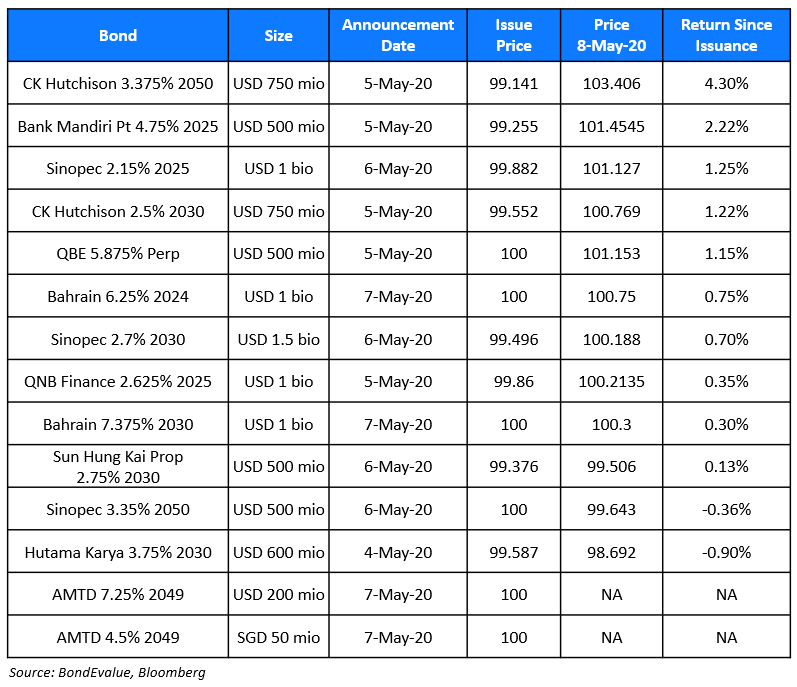 Bahrain, rated B+/B2/BB-, raised $2bn via a two-tranche deal priced yesterday. It raised $1bn via a 4.5Y sukuk at a yield of 6.25%, 592bp over Treasuries, and $1bn via a 10Y bond at a yield of 7.375%, 671bp over Treasuries. The bonds met with strong investor demand with orderbooks exceeding $11bn. This marks the first junk rated gulf country to tap the dollar bond markets after the virus erupted.

The revision of the Outlook reflects deterioration in the Philippines’ near-term macroeconomic and fiscal outlook as a result of the impact of the global COVID-19 pandemic and domestic lockdown to contain the spread of the virus. Fitch projects the economy will contract this year, and that fiscal relief measures will contribute to a widening of the 2020 general government deficit by more than 3.5% of GDP. The affirmation of the BBB rating reflects the Philippines’ fiscal and external buffers, including its lower government debt/GDP ratio compared with peer medians and net external creditor position, as well as its still-strong medium-term growth prospects. 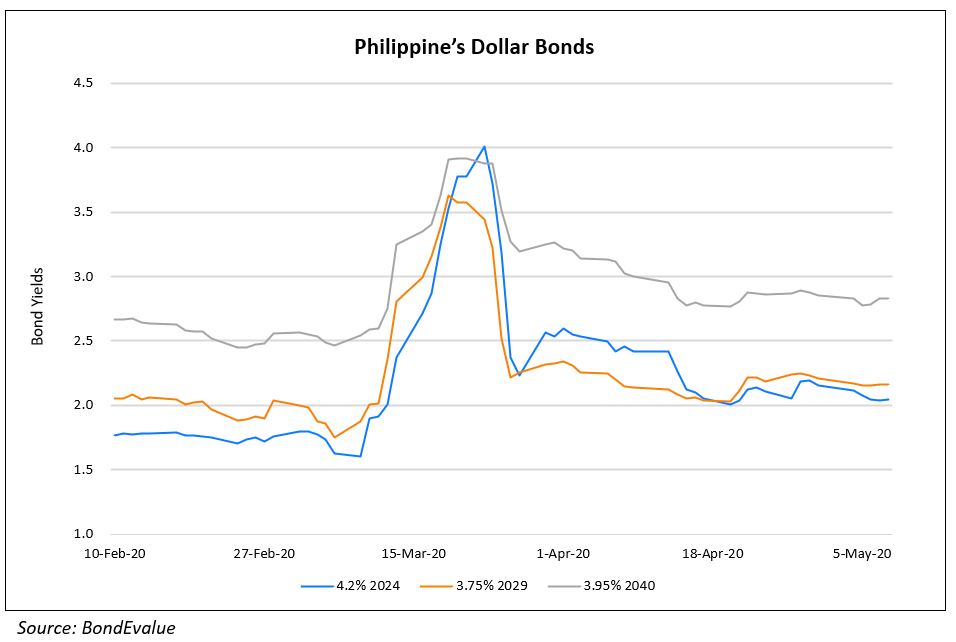 Indonesian real estate company Lippo Malls Indonesia Retail Trust, rated Na3/BB, is mulling a deferral on its coupons for its perpetual bonds on grounds of the negative impact of the coronavirus and Indonesia’s lockdown. The company has coupons due on its S$120mn 6.6% and S$140mn 7% perpetuals in June and September 2020 respectively. The company’s CEO James Liew told IFR Asia, “We are monitoring the situation closely and will review our resources and make a decision in early June whether to make the distribution/coupon payments.” He further added, “LMIR Trust has adequate financial resources to fulfil our future debt obligations, including the S$75 million bond due to mature in June 2020.” 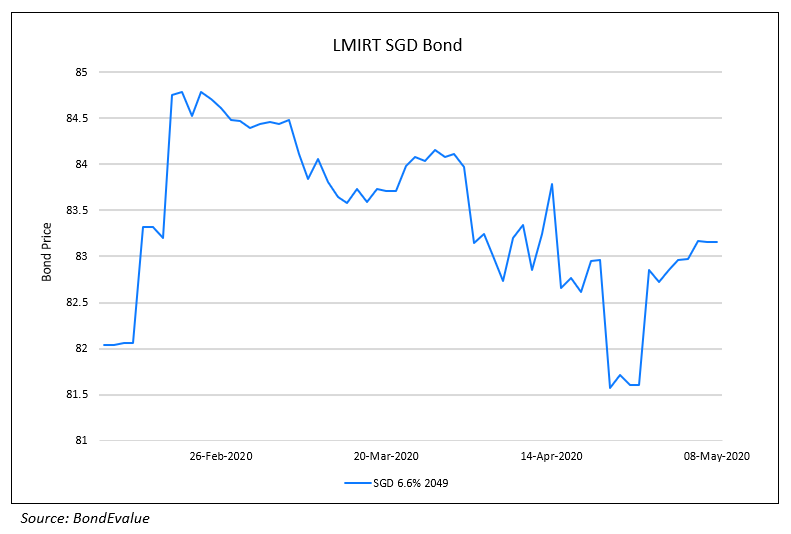 Yes Bank is looking to raise ₹10,000-12,000 crore ($1.33-1.59bn) through a follow-on public offer (FPO), rights issue or qualified institutional placement (QIP), managing director and chief executive Prashant Kumar said. The fundraising is critical for Yes Bank despite equity infusion worth ₹10,000 crore by financial institutions and gains of ₹6,300 crore from the write-downs of additional tier-1 bonds. Yes Bank on Wednesday turned to a net profit of ₹2,629 crore in the three months to March 31, compared with a year-earlier loss of ₹1,507 crore due to income from write-down of additional tier 1 (AT1) bonds. Excluding this item, the bank would have reported a net loss of ₹3,668 crore in the March quarter. In fiscal 2019-20, the bank reported a loss of ₹22,715 crore which, after adjusting for the AT1 bond write-down, is a net loss of ₹16,418 crore, compared with a year-earlier profit of ₹1,720 crore. 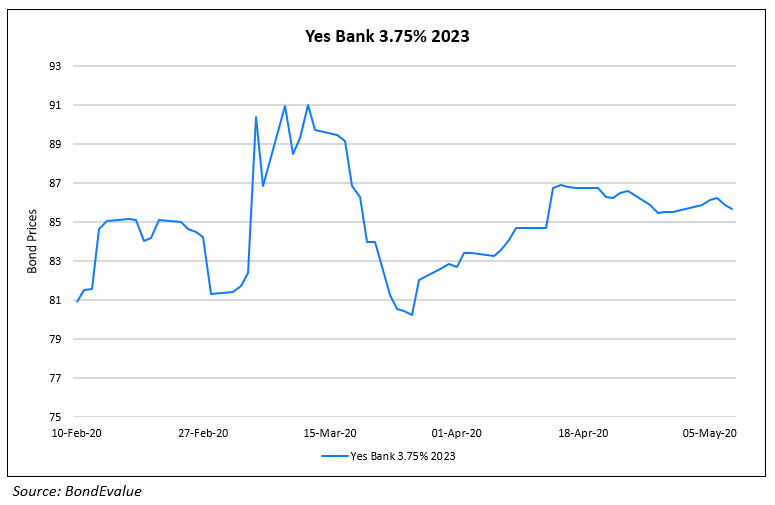 HDFC Ltd will issue secured redeemable non-convertible debentures on private placement basis with an issue size of Rs 2,500 crore ($330mn) and an option to retain over-subscription of up to Rs 2,500 crore, according to a regulatory filing by the company. The aim of the debt issue is to augment the long-term resources by using these proceeds for financing/re-financing the housing finance business requirements of the Corporations as per HDFC.

Faced with a liquidity deficit due to the ongoing pandemic, Tata Motors had announced the issuance of NCDs worth Rs 1,000 crore ($130mn) on April 28, with an aim to increase the liquidity of the company.
However, the company has decided to withdraw the issue for private placement of unsecured NCDs as it feels that the tight money market conditions could lead to higher cost of capital. As per the company, it has sufficient liquidity and is in a position to consider the NCD issuance at an appropriate time once the market conditions normalize. Due to the lockdown, automobile sales have plummeted however, the fixed costs including employee wage, debt obligations etc need to be met. A bond issuance would allow liquidity to a company to meet these needs.

Amazon may be considering a potential stock purchase in Future Retail which is valued around Rs 40.5 billion ($535 million). Amazon currently holds 1.3% in the debt-ridden company and could potentially raise its holdings to as much as 49%. The foreign ownership in the multi-brand retail trading industry including department stores and supermarkets is capped at 51% as per Indian regulations. Amazon is also considering lining up local investors for the deal as a purchase of more than 25% stake could trigger an open offer under the stock exchange rules. The news led to a rise of 5% in the stock price of Future Retail on Thursday and the dollar-denominated bonds due in 2025 jumped 8.3% to about 35.3 cents on a dollar. The Biyani family, founders of Future Group has already breached loan terms as per Bloomberg and is under pressure to sell assets. The lock down has also reduced consumption in India which has only worsened the situation for Future Group. 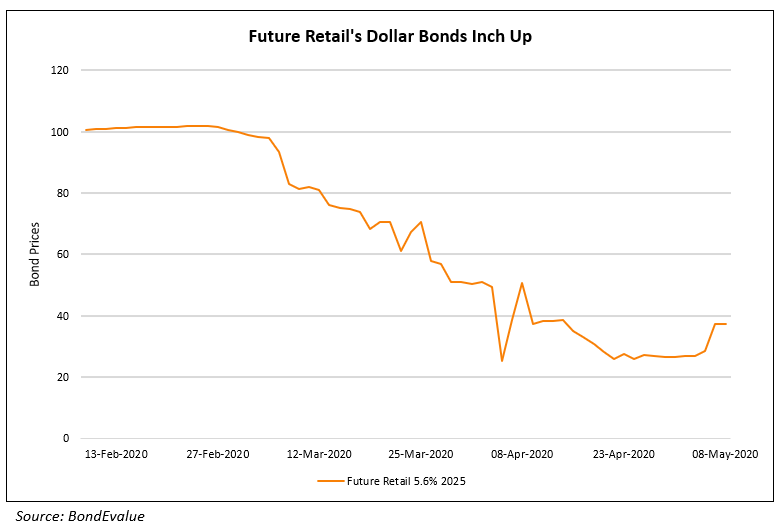 A dozen countries, from Chile to the Philippines, South Africa and Turkey, have launched or boosted quantitative easing (QE) schemes through which they will buy government bonds and sometimes other domestic securities. But some former policymakers and analysts warn that repeating what is essentially a monetary policy experiment in emerging economies could have unintended consequences. Emerging economies like Turkey or South Africa lack the big domestic savings pools seen in developed countries and rely on foreign investors, attracted by relatively high interest rates, to cover big payment deficits and underpin their currencies. As the Fed pumped liquidity into the economy through its QE programmes, the dollar strengthened and US yield curves flattened, a signal that investors expect stability. Few analysts expect more vulnerable emerging markets to enjoy the same benefits, however, and some warn of side-effects. Sliding currencies raise the prospect of inflation – a hazard for policymakers in emerging markets where food price increases can spark unrest. 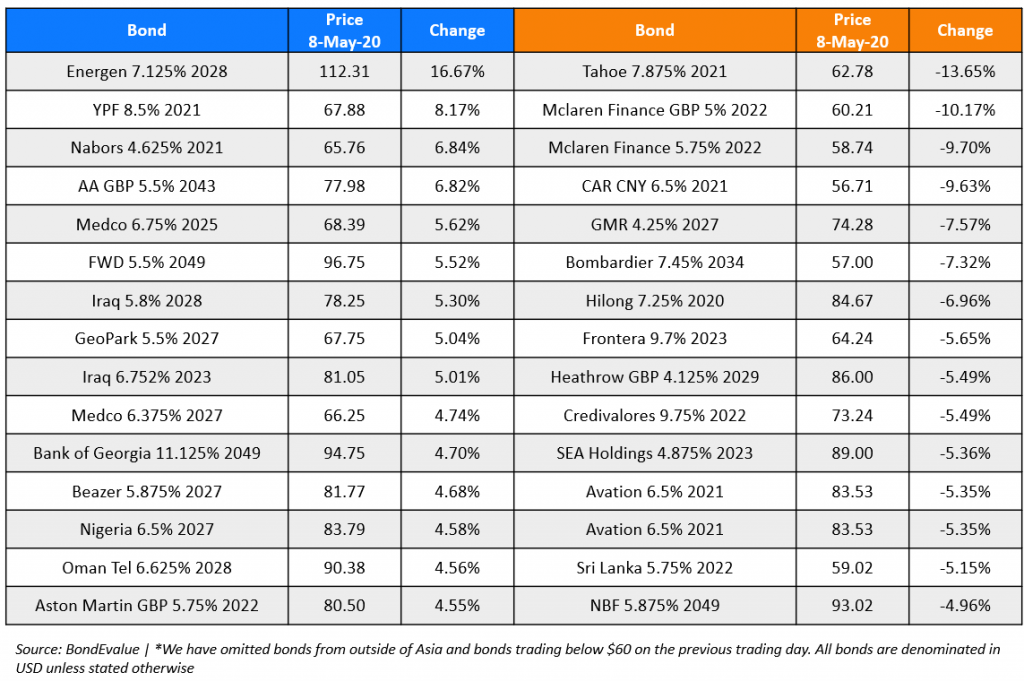