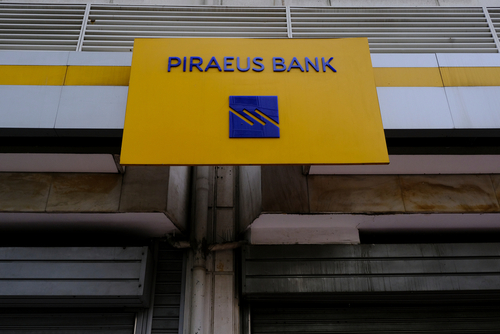 Greek lender Piraeus Bank announced on Tuesday that it is planning to raise €1bn ($1.2bn) via a share placement to institutional investors. This would reduce the Greek rescue fund Hellenic Financial Stability Fund’s (HFSF) stake, which currently stands at 61.3%, to a minority shareholding without any blocking power, as per Reuters. Separately, the bank also said that it has signed a binding agreement to sell its merchant acquiring unit to Euronet Worldwide for €300mn ($357mn). Further, Piraeus announced a deal with global investor Christofferson Robb & Co (CRC) for securitization of performing small business and corporate loans, which would be the first synthetic securitization in the Greek market. The deal is structured across two tranches totaling €2bn ($2.4bn), with the first €800mn ($952mn) tranche signed on March 11. This would have a €400mn ($476mn) positive impact on the bank’s capital, as per Piraeus, which also said that it may also issue €600mn ($714mn) Tier 2 bonds . The bank had recently posted a new loss from continuing operations of €652mn ($776mn) in 2020 vs. a profit of €270mn ($321mn) in 2019.