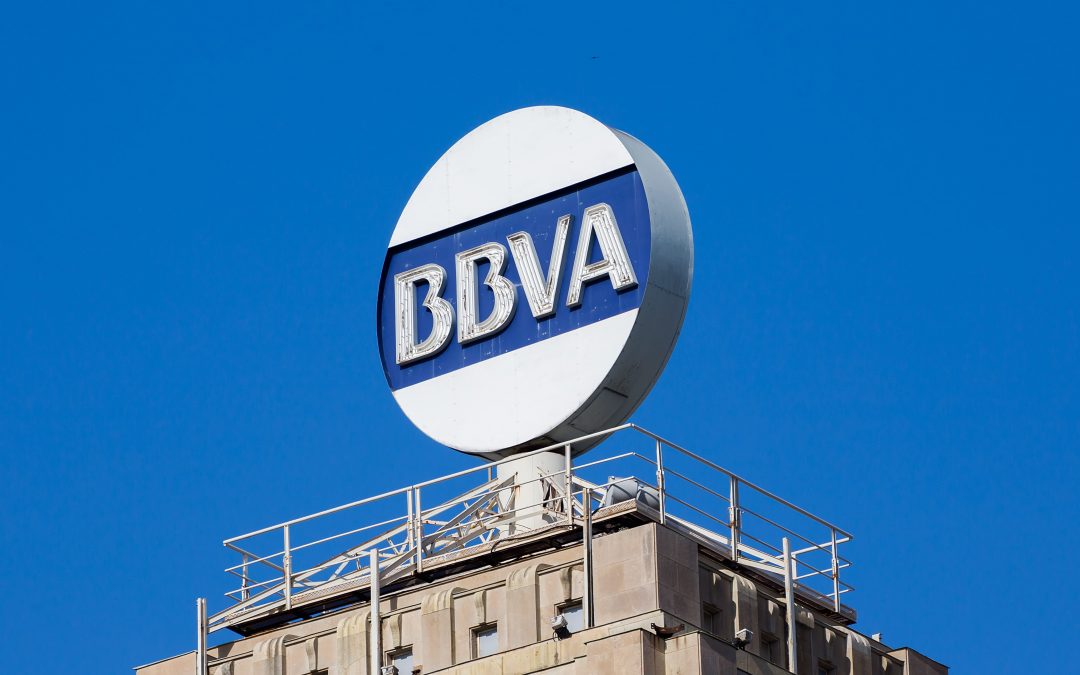 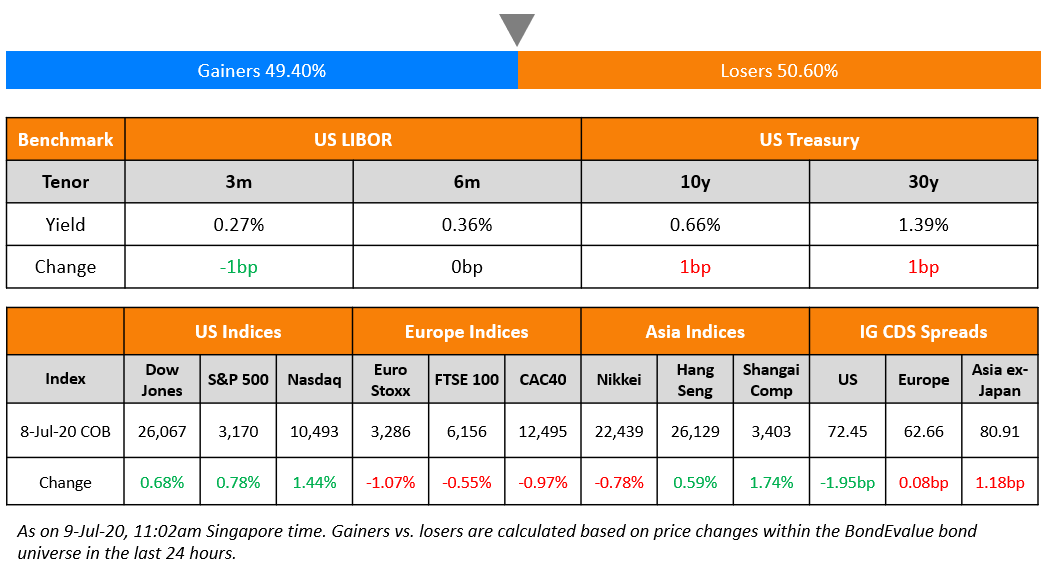 ABC International Holdings, the investment banking arm of Agricultural Bank of China, raised $450mn via 3Y bonds at a yield of 1.59%, 140bp over Treasuries and 40bp initial guidance of T+180bp area. The bond, expected to be rated A2, will be issued by wholly owned subsidiary Inventive Global Investments and guaranteed by the parent company.

Overseas Chinese Town Enterprises raised $500mn via a Perpetual NC3 bond at a yield of 4.5%, 45bp inside initial price guidance of 4.95% area. If the bond is not called on the first call date of July 15, 2023, the bond coupon will reset to the prevailing 3Y Treasury yield plus a spread of 831.2bp. The bond will be issued by Hong Kong-listed unit Overseas Chinese Town (Asia) Holdings and guaranteed by the parent company.

Moody’s upgrades GameStop’s CFR to B3, outlook changed to stable

The Fed’s unprecedented intervention in the short-term has been wound down after the central bank successfully tamed volatile funding costs that threatened the financial system.The Repo market is where investors swap high quality collateral like US treasuries for cash. The Fed stepped in last September when a cash crunch sent overnight borrowing costs skyrocketing and then scaled up when the coronavirus disrupted markets. These repo activities have been dwarfed more recently by the other measures such as resumption of large scale QE and facilities for corporate bond markets. “The fact that the Fed is willing to slowly and incrementally pull back indicates both that funding markets have normalised substantially since March and that in the long run the Fed wants to not have a larger footprint than they need to,” said Jon Hill, an interest rates strategist at BMO Capital Markets.

Spanish lender BBVA raised €1bn via the world’s first ever green contingent convertible (CoCo) bond by a financial institution. While green bonds (Term of the day, explained below) have been around for over a decade now, a green bond that is also a contingent convertible or additional tier 1 (AT1) bond is a new structure. The bonds received orders worth €2.75bn with the UK accounting for 50% of the investors followed by France with 22%. Strong investor demand allowed the bank to tighten final pricing to 6%, 50bp inside initial guidance of 6.5%. As per the BBVA press release, the new green CoCos are expected to be rated Ba2 and BB from Moody’s and Fitch respectively. The bonds will pay quarterly coupons and have their first call date on January 15, 2026, after which the coupon will be reset to the prevailing 5Y Euro Swap Index (EUSA5) plus a spread of 645.6bp. The funds will be allocated to eligible green assets in BBVA’s portfolio. This portfolio totals €2.6 billion, around 70 percent of which originated between 2018 and 2020. The portfolio consists of diversified assets from different green sectors: energy efficiency, renewable energy, sustainable transportation, waste management and water management.

BBVA last issued a Euro CoCo in March last year. The old €1b 6% perpetual bonds are callable in March 2024 and carry a coupon reset of the prevailing 5Y Euro Swap Index (EUSA5) plus a spread of 603.9bp. The bonds are currently trading at 99.43 cents on the Euro, yielding 5.87% on the secondary market.

S&P downgraded Braskem, a Brazilian petrochemical company, into junk territory with a rating of BB+ from BBB- with a stable outlook on the back of lower demand and high leverage. Earlier on July 2, Fitch had also downgraded the company to BB+ with a stable outlook. The downgrades have led Braskem to join the list of Fallen Angels, a title given to bonds that lose their investment grade rating by two of the three major rating agencies. The cash flows of the company have been under stress for a while. The overall demand for chemical products has fallen, especially since the pandemic broke out. The company’s cracker utilization dropped to 70-75% and volumes are expected to fall by 5-10% this year, according to S&P. S&P forecasts the company’s leverage to be high with a net debt to EBITDA ratio in the region of 3.5x – 4.5x in 2020 and in the region of 3.0x-4.0x in 2021 compared to the previous 3.0-3.5x. Braskem’s dollar bonds were largely unchanged on the secondary markets. 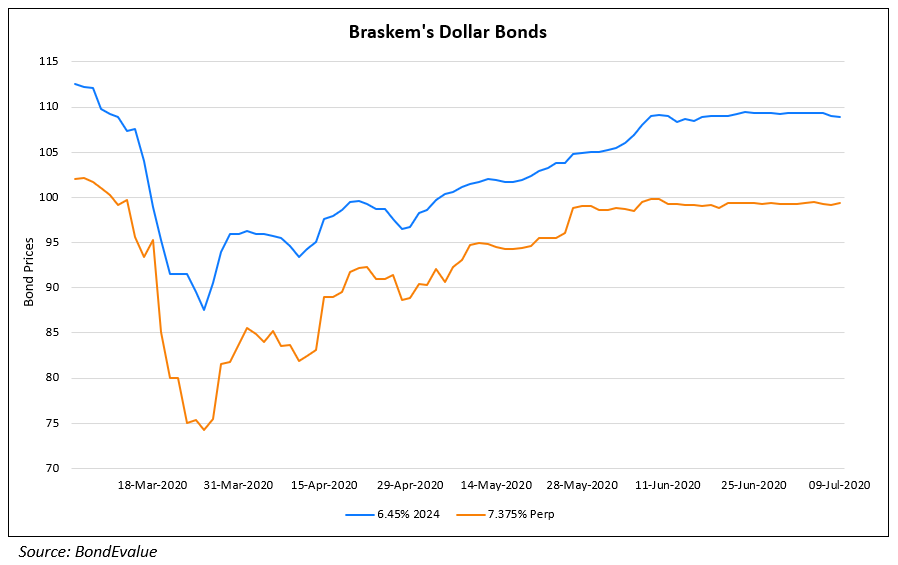 “The Fed definitely needs to think about whether more is necessary and really understand the nature and causes of the shortfalls,” Bostic told reporters Wednesday. “Officials throughout the Federal Reserve system have been pretty clear that even if there is weakness, it is not always obvious that the Fed is the right body to be doing the response.” Bostic said he is particularly concerned that U.S. small businesses, especially “the smallest of the small” firms, are being left out of relief efforts because they lack banking relationships that sped up funding as part of past relief measures.

As for yield curve control, Bostic said, “Before leaning in too much to that I want to have us all be clear on what we are trying to accomplish.” It would also be important that, if such a move were taken, the central bank could “facilitate an orderly and straightforward exit,” he told reporters. “The energy in terms of reopening for businesses and for just general activity is starting to level off,” he said. “This is something we are definitely going to watch extremely closely.”

“Negotiations were performed until the moment in which we launched the offer. Now there is an offer, and creditors will decide on that offer. As of today, all alternatives are possible within the constraints that we have defined but the final decision is going to be made once we have more clarity on the process, on the acceptance from creditors,” Guzman said when questioned about a partial exchange. Referring to minimum participation levels, he added, “the offer is designed to, first, make sure that every creditor that decides to accept the offer is on the good side of liquidity, so it’s designed in a way that protects creditors that accept.”

Argentina will seek a new program with the IMF as soon as it wraps up talks with private creditors, he added, noting that “we need to borrow from the IMF to pay the IMF. Argentina has very tight constraints today– it doesn’t have any capacity to pay anything today,” Guzman said. “The state will have to play a role through productive policies and through active management of aggregate demand and credit policies in order to create incentive for job creation,” Guzman added.

Argentina Creditor Groups, which combined hold around $21 billion of the eligible debt

“While we do not accept Argentina’s latest proposal, encouragingly it does provide a basis for constructive engagement,” the groups said. This comes after the Economy Minister Martin Guzman said that the latest proposal was the most the country could offer and there was “clearly not” any room for amending it further ahead of an Aug. 4 deadline for a deal.

“If they do remain united and reject the offer then it’s hard to see how this deal goes forward,” said Siobhan, referring to the two groups. “Without their 35% share then Argentina would not cure the default. The rejection of the offer may discourage bondholder participation and this last launch could fail.”

In the primary market, France raised 3 billion euros from an inflation-linked bond due 2036 via a syndicate of banks, receiving over 16 billion euros of demand. Anthony Requin said that he had been surprised by the amount of interest. “We have found the guys we see in our nominal auctions showing up in this (order) book as well,” he said. Asked to explain the demand, Requin said: “How inflation could evolve in 10-20 years’ time remains a very open question … I think it’s fair to say that if you are an asset manager that tends to diversify its holdings, it’s not a bad idea to put a few euros inside this bucket.”

The Bank of Israel’s decision to start buying corporate bonds should enable companies to issue debt and prevent further layoffs because of the coronavirus pandemic, deputy governor Andrew Abir said. “It’s not that the corporate bond market was not functioning or because spreads have widened dramatically, but rather the understanding that over the next 6-12 months, there’s going to be a need for issuance in that market,” Abir told Reuters.

“We want to prevent a situation where a company is having question marks in its ability to fund themselves (and) lays off another 1,000 workers. We still have more measures that we can do. QE can be increased. We haven’t run out of our policy options,” Abir said. 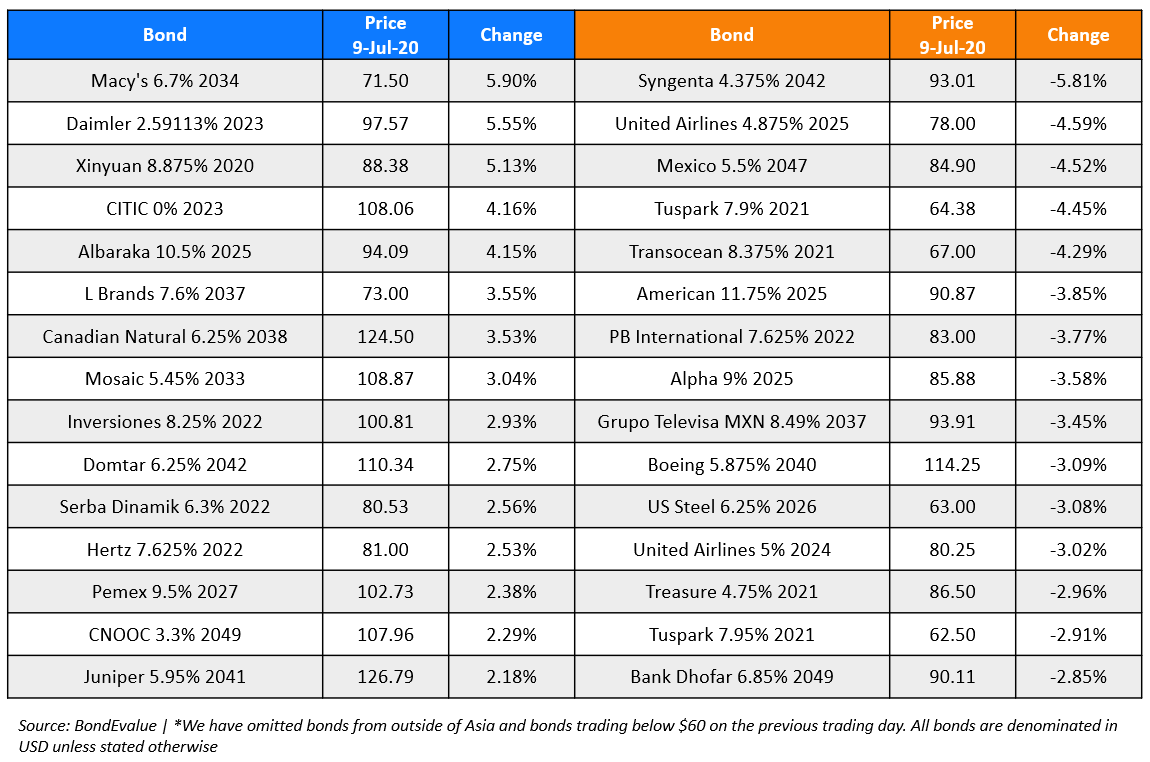