R&F Properties Downgraded to B2 by Moody’s 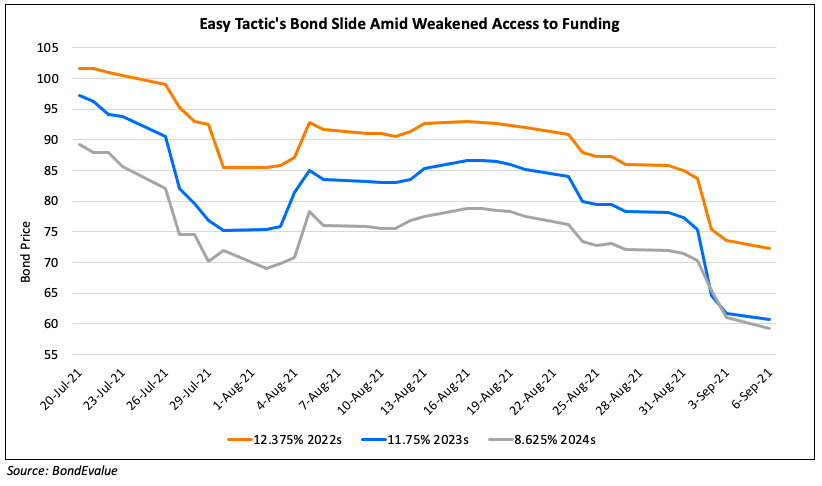 Guangzhou R&F Properties has been downgraded to B2 from B1 by Moody’s as the company faces increased refinancing risks due to its weakened access to offshore funding in the face of upcoming debt maturities. Simultaneously, R&F Properties (HK) Company Ltd. has been downgraded to B3 from B2 due to the weakened support from the parent. At the same time, the rating of the company has been placed under review for further downgrade. The company’s liquidity is considered to be weak as it has cash holding of CNY 28.8bn ($4.46bn) as of June-end, of which CNY 16bn ($2.48bn) is restricted cash. The operating cash flows of the company through the end of 2022 will need to be supplemented by new financing or asset sales to meet its upcoming debt obligations as per the rating agency. While Moody’s expects R&F Properties to maintain its access to onshore bank funds, it views the access to onshore and offshore debt as challenging. The use of internal resources to pay debt will have adverse effects on the business operations. Kaven Tsang, a Moody’s Senior Vice President said, “We expect the company to continue focusing on generating internal cash to repay its maturing debts and fund its operations over the next 12-18 months. However, the review for downgrade reflects the uncertainty over the company’s ability to generate enough operating cash flow to materially reduce its debt to more sustainable levels, given the challenging operating and funding environments,”. Fitch rates Guangzhou R&F Properties at B+ with a stable outlook while S&P rates the company at B with stable outlook.