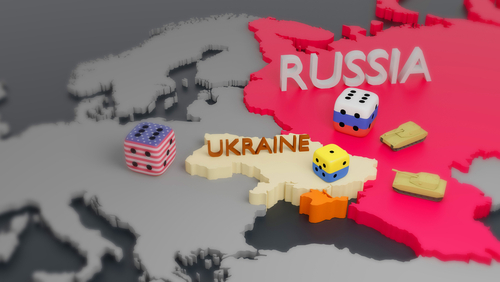 For the latest on Russia and Ukraine news and bond prices, sign up for a free trial here

US 10Y Treasury yields which initially crossed 2% for the first time since July 2019, retreated sharply to 1.85% on the back of risk-off tensions. Gold, a well known haven asset touched a 13-month high. Commodity prices have risen with Brent Crude in particular seeing a sharp rally on fears of a supply disruption by Russia. Brent which began 2022 at just over $77/bbl, just stopped short of hitting $100/bbl on February 22. Other commodities like wheat and corn have risen, with the FAO food price index at a decade high as supply chain issues along the Black Sea could get impacted on sanctions. CDS spreads across Russia and Ukraine have widened considerably as shown in the chart below.