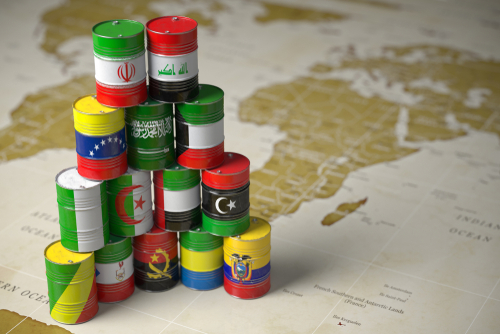 Saudi Arabia and the United Arab Emirates publicly escalated the tension in their OPEC conflict, which forced OPEC+ to cease negotiations twice already, with the next talks scheduled for today. Riyadh, backed by other OPEC+ members including Russia, called for increasing production in the coming months, whilst also extending its broader agreement to the end of 2022 in order to maintain stability. “We have to extend”, said Saudi Energy Minister Prince Abdulaziz bin Salman, “the extension puts lots of people in their comfort zone.” Prince Abdulaziz indicated that Abu Dhabi was isolated within the OPEC+ alliance, signaling the seriousness of their diplomatic dispute. “It’s the whole group versus one country, which is sad to me but this is the reality.” Shortly prior to these statements, Suhail al-Mazrouei, his Emirati counterpart, rejected the desired extension of the deal and only agreed to a short-term increase, requesting better terms for 2022 for the Emirates. Abu Dhabi is hereby forcing its allies to either accept the demand or risk a collapse of the long-standing OPEC+ alliance. Failure to reach an agreement would lead to a potential sharp increase in crude oil prices, squeezing an already tight market. The next meeting is to be held virtually and scheduled for Monday at 3pm (GMT+2). Brent Crude has been on the rise this year, from $54/bbl in Jan to $76/bbl currently, up over 40% YTD.