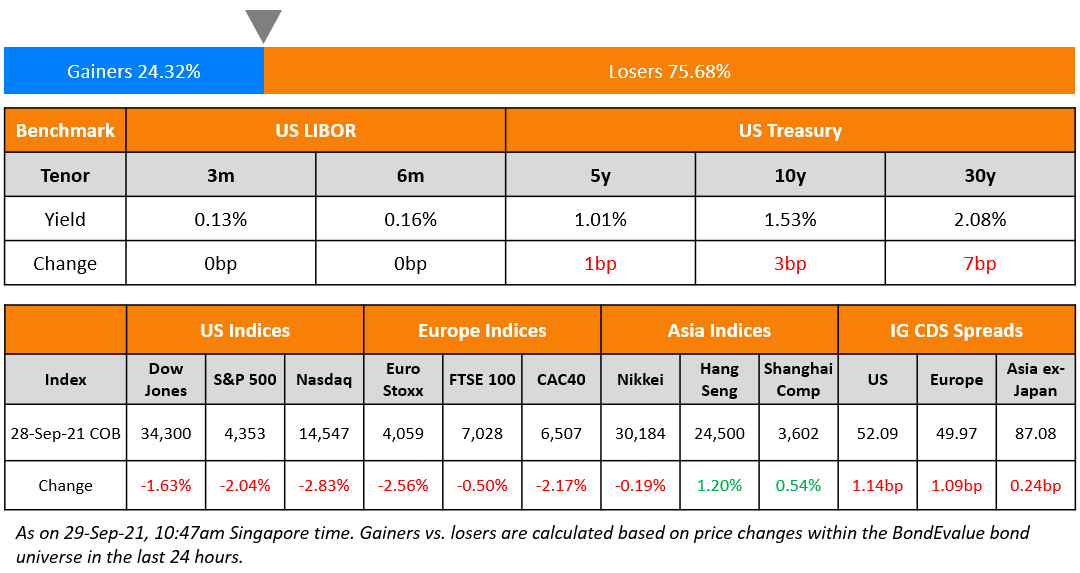 US markets sold-off sharply with the S&P and Nasdaq ending 2% and 2.8% lower, the largest fall in over four months. US 10Y Treasury yields saw another leg higher, up 3bp to 1.54% as market participants attribute the move to inflation fears. Besides Energy which ended 0.5% higher, all other sectors were in the red with IT down 3% and Communication Services down 2.8% being the biggest losers. Similar to the US European stocks also saw sharp declines with the DAX down 2.1%, CAC down 2.2% and FTSE down 0.5%. Brazil’s Bovespa crashed 3.1%. In the Middle East, UAE’s ADX ended flat while Saudi TASI ended 0.1% higher. Asia Pacific markets are in the red, taking cues from global equities – Shanghai was down 1.8%, HSI was down 0.5%, Nikkei was down 2.5% while Singapore’s STI was flat. US IG CDS spreads were 1.1bp wider and HY CDX spreads widened 6.6bp. EU Main CDS spreads were also 1.1bp wider and Crossover CDS spreads widened 6.9bp. Asia ex-Japan CDS spreads widened 0.2bp.

US consumer confidence dropped for a third consecutive month to a seven month low of 109.3 in September from 115.2 in August and lower than economist expectations of 115. Bloomberg suggests that concerns over the delta variant and higher prices dampened sentiment. Besides, the Richmond Fed Manufacturing Index also came lower at -3 vs. 9 in the previous month, the first negative reading since June 2020 at the peak of the pandemic.

Last call for today’s masterclass on Bond Portfolio Optimization & Discussion on Leverage, designed and curated for bond investors and professionals to learn about how to construct bond portfolios and the impact of leverage in different scenarios. The course will be conducted live via Zoom by senior debt capital market bankers. Click on the image below for more details..

AVIC International Leasing raised $300mn via a 3Y bond at a yield of 1.697%, 52.5bp inside initial guidance of T+165bp area. The bonds have expected ratings of Baa1/A– (Moody’s/Fitch), and received orders over $1.5bn, 5x issue size. Proceeds will be used for debt replacement and providing financing for leasing projects. The bonds are issued by wholly-owned subsidiary Soar Wise and guaranteed by AVIC International Leasing. The new bonds are priced 24.3bp tighter to its existing 1.75% 2024s that yield 1.94%.

Chengdu Xingcheng Investment raised $300mn via a 5Y green bond at a yield of 2.375%, 37.5bp inside initial guidance of 2.75% area. The bonds have expected ratings of BBB+ (Fitch), and received orders over $1.75bn, 5.8x issue size. Proceeds will be used for offshore refinancing to support certain eligible green projects. The issuer is wholly owned by the Chengdu SASAC. It has businesses including urban infrastructure construction and municipal development, property development, pharmaceuticals and healthcare. The new bonds are priced 35.5bp tighter to its existing 2.9% non-green 2026s that yield 2.73%.

NBN raised $2bn via a three-tranche deal. It raised:

The bonds have expected ratings of A1/AA (Moody’s/Fitch). There is a change of control put at 101.

A private placement is a sale of securities directly to select private investors, rather than issuing them via a public offering. Investors in privately placed bonds generally comprise large banks, mutual funds, or insurance companies. The advantage of private placements is that they may not be subject to the same strict regulations regarding disclosure and reporting of public offerings. Also, the cost and time savings add to its attractiveness. On the other hand, they may carry a higher rate to entice investors and they limit the number and variety of investors that can take part unlike public offerings.

Powell’s main worry was “that it would affect global financial conditions through confidence channels and that kind of thing.”

“This is an incredibly delicate and difficult period for central banks.” “As a minimum, rates markets are finally waking up to the asymmetric risk/reward that had developed over the summer months given all the global inflation in the system and the evidence that we were in a global hiking cycle.”

“The low interest-rate environment is driving demand for non-traditional fixed income investments.” “OBND seeks to meet investors’ needs for both yield and diversification while providing the benefits of active risk management.”

“The Evergrande crisis has been unfolding for quite some time, and I think the risks will be defused in a targeted way.” “The fallout [from power supply squeeze]  is more likely to be out of control,” Yuan said.

On the caution not to write off China as potential Evergrande collapse will be ‘manageable’ – Hou Wey Fook, DBS chief investment officer

“Very quickly afterwards, the market recovered and went back to new highs. Chinese long-term fundamentals have not changed. We continue to see some 6 per cent annual growth going forward.” “Unlike the Lehman crisis, I do not see the pervasiveness of highly leveraged structures. Evergrande is also not a financial institution, so systemic counter-party risk of the global financial system will be minimal,” said Mr Hou. 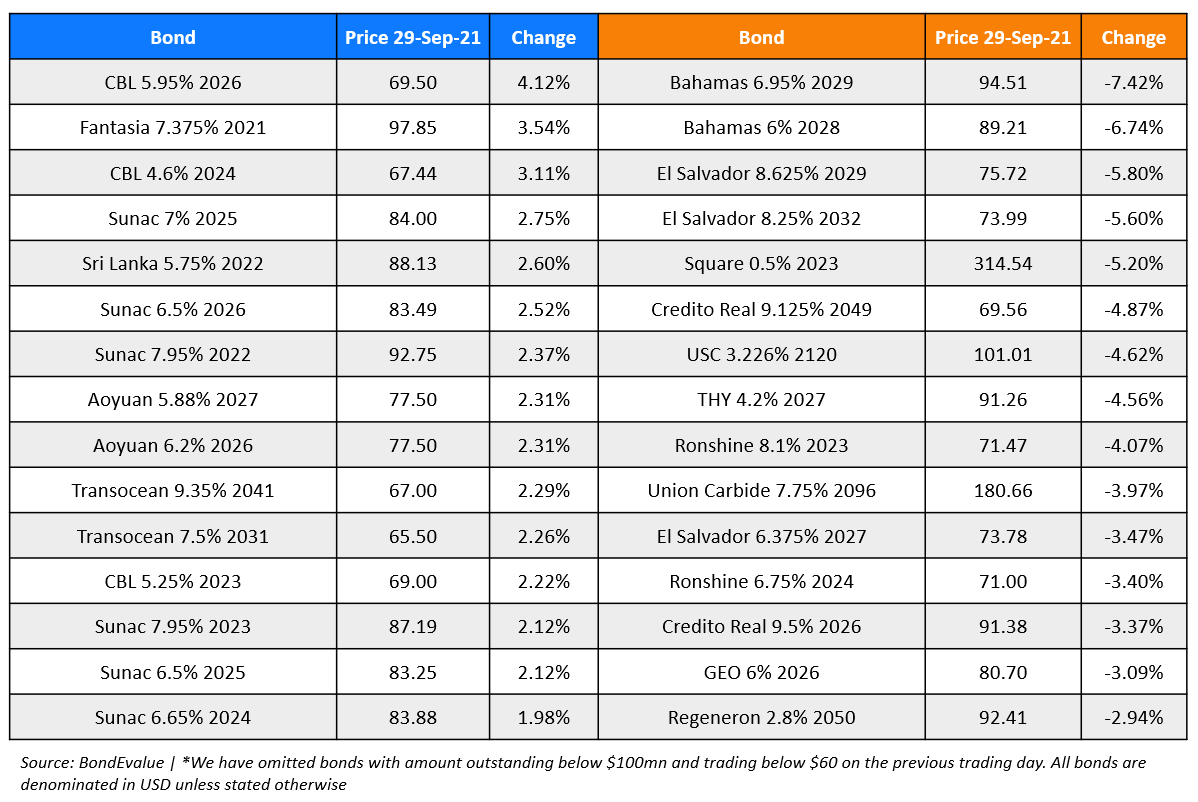