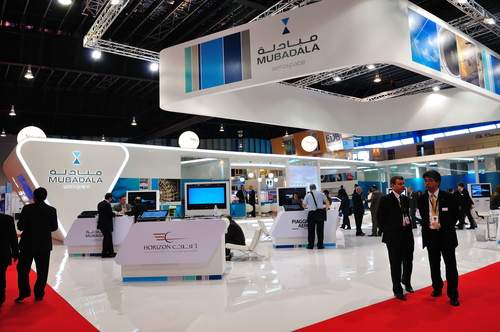 The Emirate of Sharjah raises $1.25bn via new bonds priced on Thursday. It raised:

The bonds will be issued by Finance Department Government of Sharjah with an expected rating of Baa3/BBB- in line with the issuer. The 30Y bonds were priced 14bp over its older 4% bonds due July 2050.

The bonds will be issued by MDGH GMTN (RSC) Ltd and guaranteed by Mamoura Diversified Global Holdings PJSC. The bonds are expected to be unrated while the issuer has a Aa2/AA/AA rating. This is Mubadala’s first euro denominated issuance since 2012 and comes after neighboring Saudi raised €1.5bn via euro bonds late last month, which marked the GCC’s first negative yielding bond.