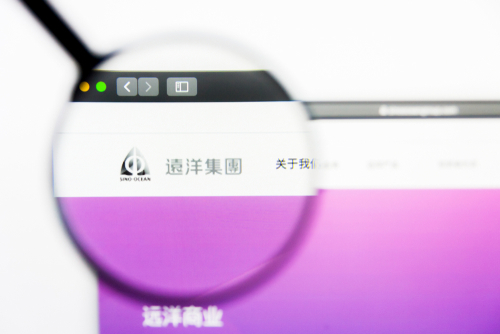 Sino-Ocean Group reported a loss of RMB 1.09bn ($160mn) in 1H 2022 as compared to a profit of 1.01bn ($150mn) during the same period last year. The Chinese developer said that the losses were primarily due to exchange losses as a result of the Renminbi’s depreciation, decrease in the share of profit from joint ventures (JVs) and a decline in gross profit margins due to the sectoral downturn. Its gross profit margin fell to 18% in 1H 2022 from 22% in 1H 2021. However, on the positive side, its revenues rose 14% YoY to RMB 23.41bn ($3.4bn). Its contracted sales fell 18% YoY to RMB 43bn ($6.2bn). The developer’s cash resources stood at RMB 19.6bn ($2.8bn). Its net debt-to-equity stood at 105% and cash coverage of short-term debt was at 80%, thereby breaching two of the ‘three red-lines’ thresholds. As per the thresholds, net debt-to-equity should not exceed 100% and cash coverage of short-term debt should be higher than 100%.

Separately, Sino-Ocean mentioned that it is preparing to issue local notes guaranteed by China Bond Insurance Co. However, Sino-Ocean did not provide additional information such as the issuance size or schedule. To aid its embattled property sector, Chinese authorities have intended to guarantee new onshore debt for 16 select property developers in a pilot program with Sino-Ocean being one amongst them. So far, Longfor Group has raised RMB 1.5bn ($219mn) via 3Y notes with CIFI, Seazen and Country Garden also planning to issue these state-backed bonds.

Sino-Ocean’s dollar bonds were trading stable – its 4.9% Perp was at 25.9 cents on the dollar.