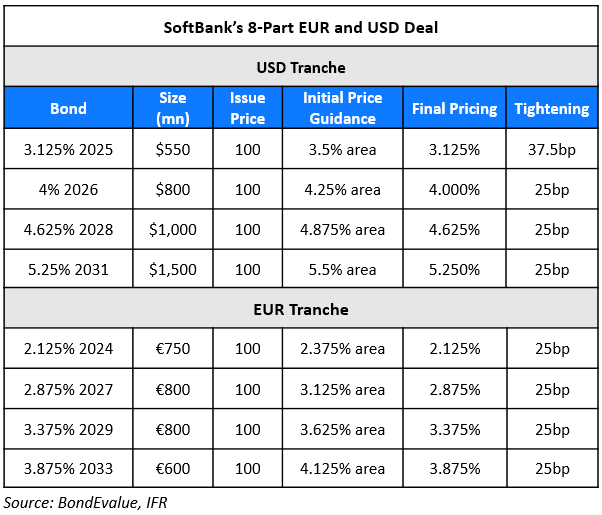 SoftBank raised over $7bn via an eight-part EUR and USD offering (table above).