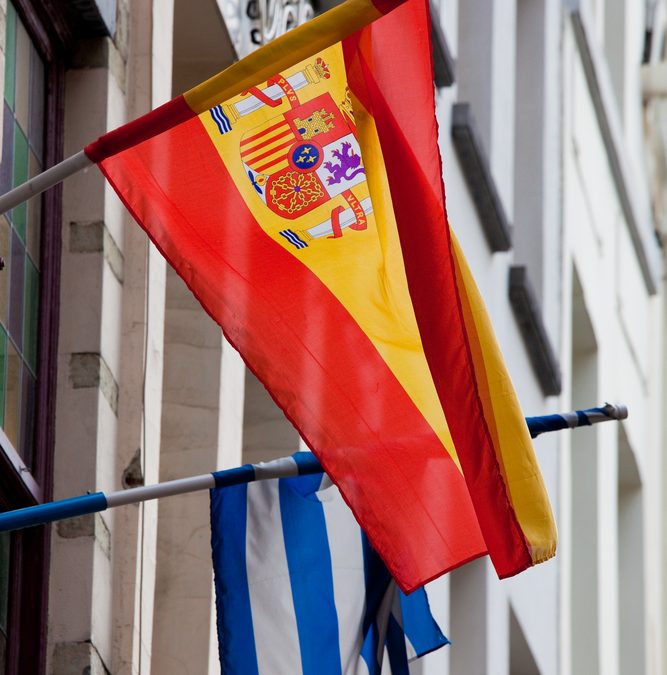 Spain’s credit rating was raised one level at Fitch Ratings to ‘A’ from ‘BBB-‘, with a stable outlook, due to “buoyant” economic growth and broad-based economic recovery which has helped reduce the government’s general deficit.  The agency also cited the limited impact on Spain’s economy from Catalonia’s independence bid.  This marks the first upgrade for the country from a major credit-rating company in more than 2 years, and puts it in the ‘A’ grade territory for the first time since 2012, when it was mired in recession and a housing slump during the euro zone crisis.  Spain is rated ‘BBB+’ at S&P Global Ratings, which is due to give its update on March 23, and ‘Baa2’ at Moody’s Investors Service, who will give its next rating decision in April.

Greece’s foreign and local currency long-term credit ratings were raised one notch at S&P Global Ratings to ‘B’ from ‘B-‘, also its first upgrade in 2 years, on improvements in the finances and fiscal outlook for the debt-laden south-eastern European nation.  The ratings have a positive outlook, which S&P cited as “reflect(ing) further the sovereign’s upside rating potential from the policy and financing environment over the next year”.  Fitch Ratings upgraded Greece to ‘B-‘ in August, while Moody’s Investors Service rates the country ‘Caa2’.

The yields on Greece’s benchmark 10-year bonds have fallen sharply to 3.83% from more than 7% a year ago, as December talks with euro-area and International Monetary Fund officials on exiting the country’s bailout programme in 2018 have progressed without the drama seen in previous bailout reviews.  Short-dated Greek bond yields were down almost 8 bps at 1.31%, and 5-year yields were slightly lower at 2.81%.