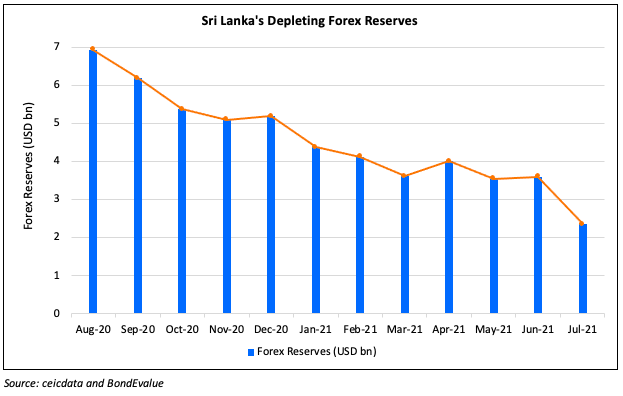 The island nations dwindling reserves led Moody’s to put the sovereign’s rating under review for downgrade last month. It was downgraded to CCC+ by S&P, to CCC by Fitch and to Caa1 by Moody’s late last year. Despite the hardships, the nation has met all its debt obligations till now by tapping its friendly nations including  China, India and South Korea to spur up its liquidity. The opening up of the economy and tourism is likely to boost the reserves of the nation in the future. The nation has also undertaken many steps including raising  $600mn-700mn through forex surrenders. The sovereign has the following offshore debt repayments till 2023: