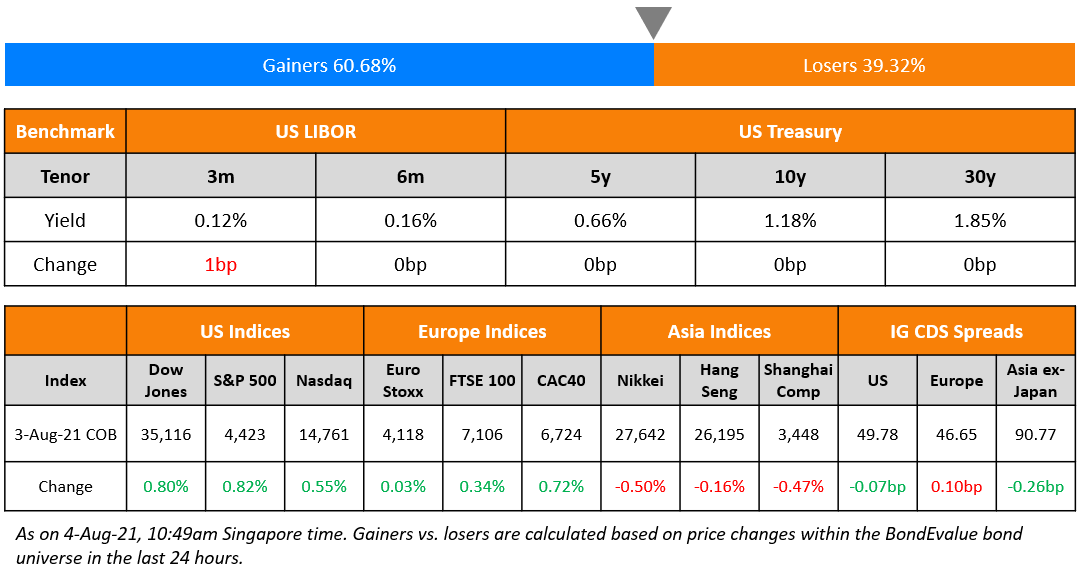 US markets inched higher with the S&P and Nasdaq up 0.8% and 0.6% respectively. Energy, Health Care, Industrials, Financials and Materials were up 1-2%. Alibaba posted better than expected EPS though it missed revenue expectations (details below). European markets looked for direction –  CAC was up 0.7%, FTSE was broadly flat and DAX was down up 0.1%. StanChart and SocGen also reported strong earnings (details below). Saudi’s TASI and UAE’s ADX were up 0.5% and 0.4% respectively. Brazil’s Bovespa gained 0.9%. Asia Pacific stocks opened in the red – Nikkei, HSI and Shanghai were down ~0.4%. Singapore’s STI was up 0.1%. US 10Y yields were flat at 1.18%.

US factory orders for June grew by 1.5% vs. 2.3% in the previous month, but better than the forecasted 1%. Brazil’s industrial production for June recorded 0% vs 1.4% in the previous month and lower than the forecast of 1.7%. Eurozone PPI for June at 1.4% was in-line with forecasts and marginally better than May’s 1.3%. US IG CDS tightened 0.1bp and HY spreads tightened 0.8bp. EU Main and Crossover spreads widened 0.1bp and 0.9bp respectively.  Asia ex-Japan CDS spreads were 0.3bp tighter. 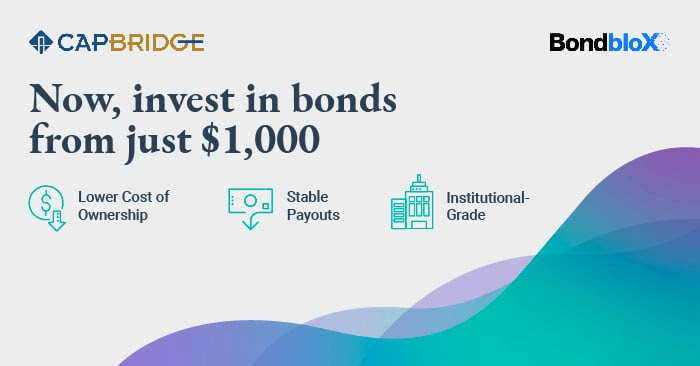 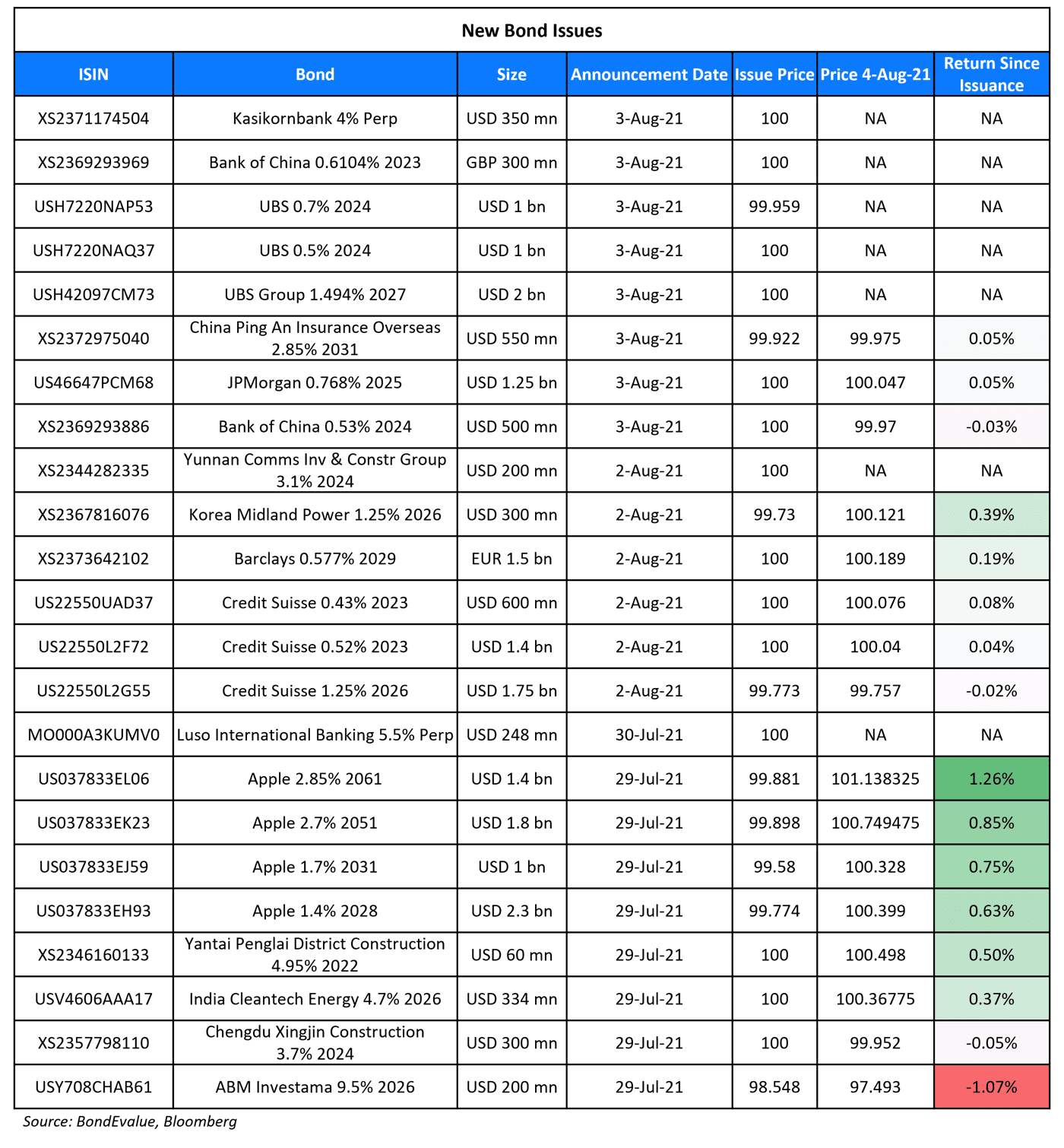 JPMorgan raised $1.25bn via a 4NC3 green bond at a yield of 0.768%, 20bp inside initial guidance of T+65bp area. The SEC registered bonds are rated A-. Proceeds will be used to fund Eligible Green Projects, as defined under “Use of Proceeds” in their Prospectus Supplement.

Mapletree Investments raised S$600mn via a Perpetual non-call 3Y (PerpNC3) fixed-for-life bond at a yield of 3.7%, 30bp inside initial guidance of 4% area. The bonds are unrated. Subsidiary Mapletree Treasury Services is the issuer. IFR notes that the call date is in three years instead of the typical five, to raise the comfort level for local investors unfamiliar with the fixed-for-life structure, which has no reset or step-up features. The coupon is deferrable, cumulative and compounding. If there is a change of control event and if the notes are not redeemed the coupon will increase by 100bp. Private banks received a 25-cent rebate.

China Ping An Insurance Overseas (Holdings) raised $550mn via a 10Y bond at a yield of 2.859%, 42.5bp inside initial guidance of T+210bp area. The bonds have expected ratings of Baa2, and received orders over $1.2bn, 2.2x issue size. Asian took 96% of the notes and Europe 4%. Fund/asset managers received 57%, banks and insurers 28%, private banks and securities firms 12% and central banks and corporates 3%. The issuer is the offshore financing and investment arm of Ping An Insurance (Group) Co of China. Proceeds will be used for refinancing and general working capital purposes.

Kasikornbank raised $350mn via a PerpNC5.5 AT1 bond at a yield of 4%, 25bp inside initial guidance of 4.25% area. The bonds have expected ratings of Ba1, and received orders over $800mn, 2.3x issue size. Asia took 88% and the rest went to EMEA. Fund/asset managers bought 58%, private banks 31% and insurers and pension funds 11%. The coupon will reset on the first call date (February 10, 2027) and every five years thereafter to the then prevailing US 5Y Treasury yield + 333.7bp. There is a dividend stopper. The notes will be written down if the bank’s CET1 ratio is less than 5.15% on either a standalone or consolidated basis, or if the Bank of Thailand deems the bank to be non-viable. Proceeds will be used for general corporate purposes. The bank’s current CET1 stands at 15.5%. 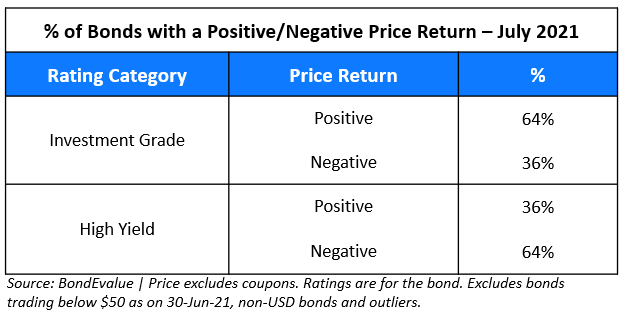 The drag in the HY space was dominated by China real estate developers, led by China Evergrande’s dollar bonds that dropped over 50% and peers like Rongxinda, RiseSun, R&F Properties, Fantasia, Yuzhou also dropping sharply in the month. 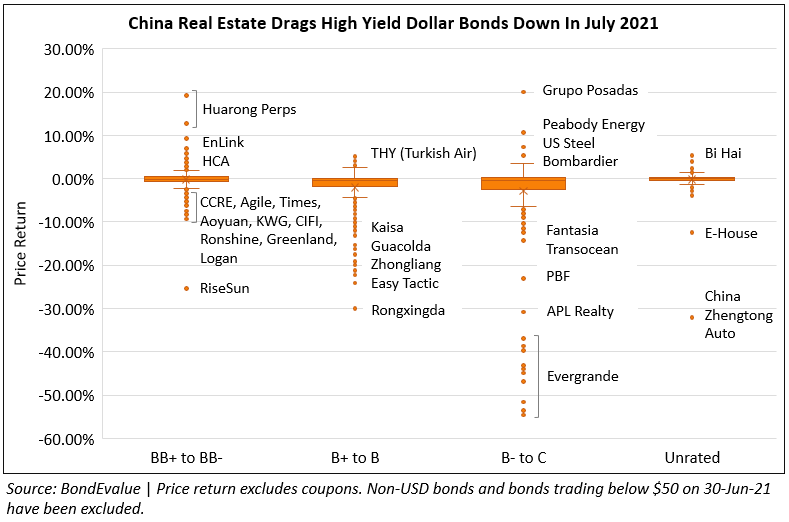 For the box & whisker chart of investment grade bonds, issuance volumes, largest deals, top gainers and losers for July, click the button below:

Tuna Bonds were bonds issued by Mozambique in 2013 to finance Mozambican state-owned fishing company EMATUM’s plans to develop tuna fishing. Credit Suisse, which helped facilitate the transaction is set to face a trial after funds from the tuna bond issuances were used for purchasing military equipment instead.

On the 10-year treasury yield staying flat as growth concerns linger – Garrett Melson, portfolio strategist with Natixis Investment Managers Solutions
“Pension funds, insurance companies, all these companies that and entities that have to match liabilities, they just have to buy duration regardless of the price and that’s part of what you’ve seen play out over the last couple of months,” he said. “We probably overshot to the upside back in March, and we’ve just seen a steady compression in rates on the back of that because a lot of these investors simply need to buy duration, and that’s continuing to push the yield lower.”
On the German bond yield curve back in sub-zero territory – Althea Spinozzi, fixed income strategist at Saxo Bank
“What really gave the last push to real yields is the ECB strategy review, when they established that the ECB will need to have an inflation symmetric target.” “That implies also that there is a continued commitment from the ECB to guarantee easy financing conditions.”

Sailesh Lad of Axa Investment Managers
“We always felt this was potentially heading for a default.” “And in the next 12, 18, 24 months, if nothing changes, we think that is probably going to be the case.”
Esther Yong, Asia fixed income research at Julius Baer
“We see the forecasted rise in reserves as overly optimistic.” “The current measures undertaken are short-term in nature and not a panacea for its weak debt sustainability and external position.”
Carlos de Sousa, manager of emerging market debt portfolios at Vontobel Asset Management
“China can lend enough money for them to muddle through, but … are they willing to throw good money after bad?” “My base case is no, especially because India doesn’t seem willing to play ball.”
Mikhail Volodchenko of Axa Investment Managers
“Mathematically, it is very hard for it to continue the way it is going.” “For now it is plugging the hole and surviving.”
On sharpest monthly selloff since September 2020 for junk-bond spreads – Kevin Nicholson, co-chief investment officer of fixed income at RiverFront Investment Group
“I think a lot of it is being driven by the Treasury market.” “There might be a little bit of spread-widening because people are concerned about growth potentially slowing going forward.” “If growth slows down, that is going to hurt those companies because that could potentially cause credit conditions to tighten up. But as of right now, I am not seeing high-yield giving us any signals to be worried about anything.”
John Lynch, chief investment officer at Comerica Wealth Management
“When I do look at high-yield and investment-grade spreads relative to Treasurys, what I don’t see is credit stress.” “I’d be more worried if spreads were blowing out and Treasurys were tanking, but that is not the case.” “When you look at the benchmark 10-year Treasury yield at 1.17%, that is a frightening number.” 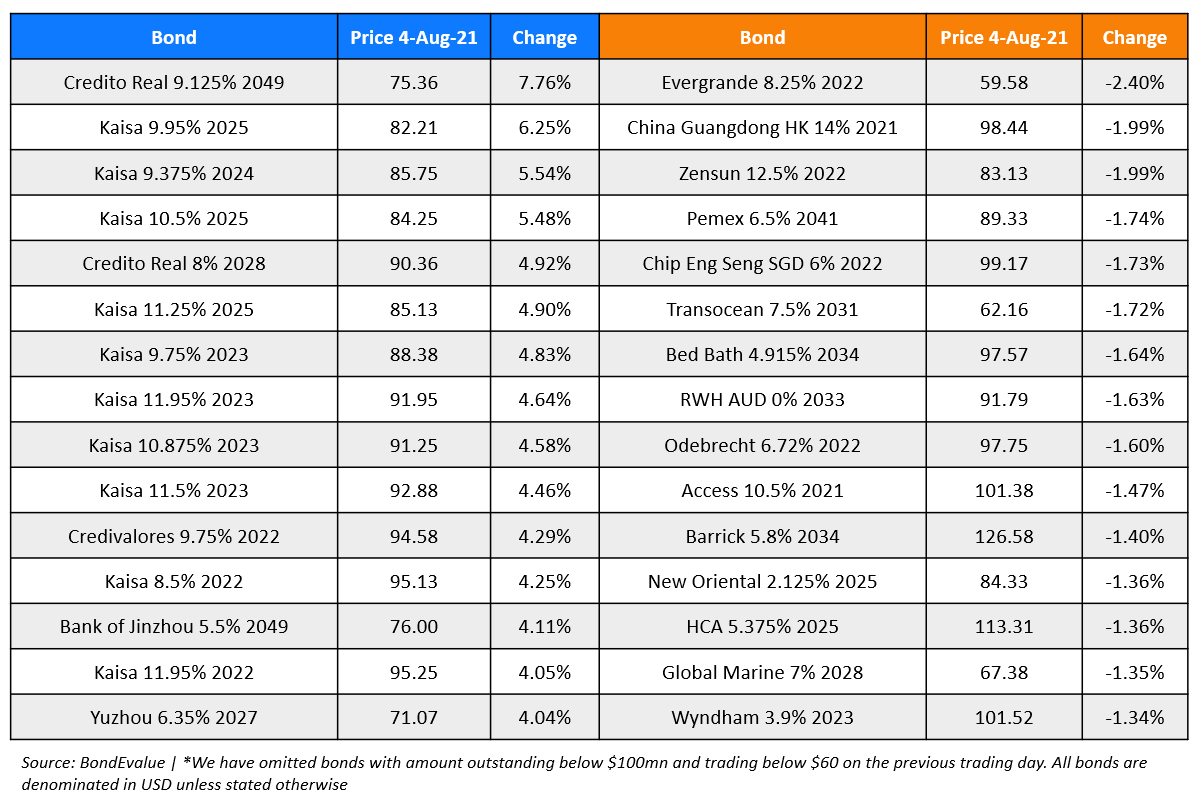 TAQA rumored to sell some Canadian assets to Blue Sky