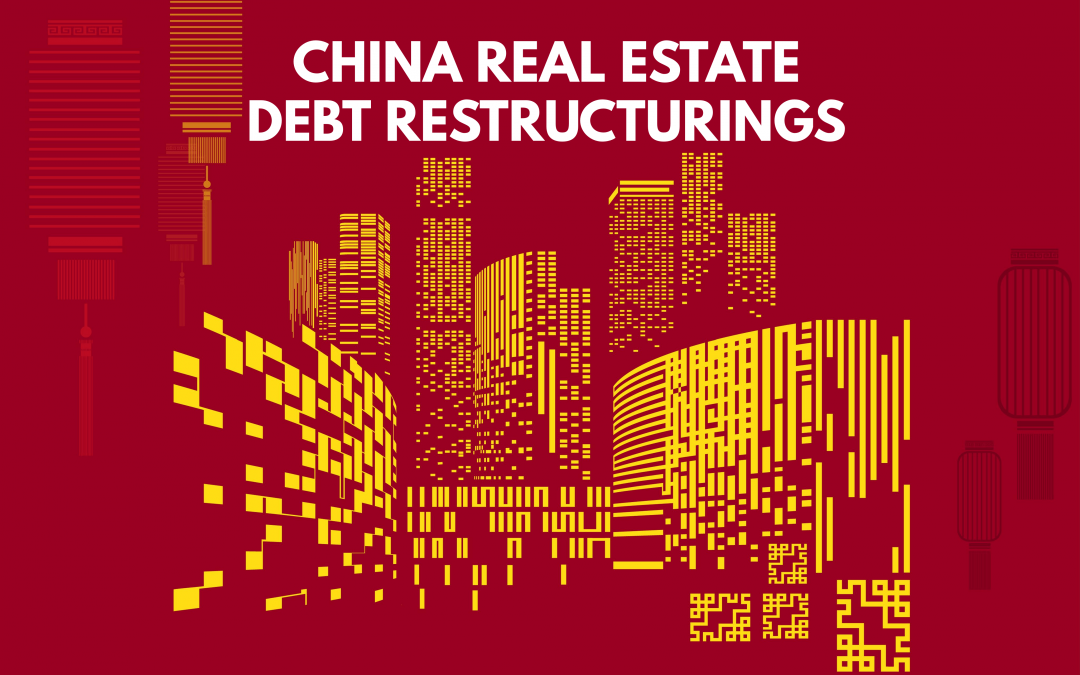 The Chinese property sector has witnessed a record amount of defaults ever since the Evergrande crisis began in mid-2021. Offshore defaults across the sector have crossed $37bn from January-August 2022. Nearly 70% of the dollar bonds in the sector are trading at less than 70 cents on the dollar. Downgrades have been rampant given the broad weakening in financials and lack of access to funds. Mortgage boycotts by buyers have further exacerbated the situation. Investors are now said to be pricing in $130bn in losses across dollar bonds in the Chinese real estate sector, as per FT. While many popular names have defaulted and some have just barely avoided default, there are many other developers that are expected to default in the near future if a debt restructuring plan does not come into place. Besides, details on already defaulted companies including Evergrande’s debt restructuring are still pending.

Given this backdrop, besides hopeful government support, debt restructurings have been the go-to option. In this dashboard, we cover concrete and important debt restructuring details across major Chinese real estate developers where investors can track, understand and compare the restructuring options and navigate through this crisis. The dashboard will be updated on a daily basis with the latest available information on each company.

China Fortune Land Development (CFLD) has announced a restructuring plan for all of its 11 offshore bonds worth $4.96bn. Below is a summary of the details:

All the new bonds will have a maturity of 8Y and a coupon rate of 2.5%. Below is a brief on some structural aspects on the new bonds:

CFLD said that it will do its best to sell certain assets and use the proceeds to redeem at least 64.2% of the principal of “New Bond 1” by end-2023. Plans include selling 7 industrial areas for ~$6bn and several commercial and other properties for ~$4.7bn.

The developer needs consent from creditors holding over 50% of the principal to go ahead with the plan. Lucror Analytics notes that while the plan seems fair as there is no haircut and includes credit enhancements, the new 2.5% coupon is a negative because its existing bonds carry coupons of 7-9%. Also, they prefer New Bond 3 as they are doubtful about the 2026 business valuations.

However, their plan has been met with resistance from its creditors. Advisers of an ad-hoc bondholder group of CFLD’s dollar bonds planned a conference call for all creditors on 22 September 2022 to explain why the restructuring offer should not be supported. The appointed advisers are Latham & Watkins LLP and Alvarez & Marsal Inc. As per Bloomberg, this ad-hoc group represented holders of more than 25% of CFLD’s dollar-bonds outstanding in February, sufficient to block CFLD’s restructuring plans. However, the developer said that there was no alternative if the offer was not completed. Credit Suisse analyst Daniel Tam said that under CFLD’s “best-case scenario” proposal, bondholders may be able to recover ~30% of their original notional investment by end-2023. Anthony Leung, head of fixed income at Pollock Asset Management noted that CFLD’s “current bond price is not reflecting the successful execution of such plans”.

Logan Group has briefed some of its creditors about a draft proposal to restructure more than $6bn in offshore debt. A source said that the proposal would see Logan extend the average term of its debt to slightly more than 5 years. Sources note that under Logan’s draft proposal:

Logan intends to use its offshore assets to back its restructuring. However, the discussion on its draft is ongoing and subject to revision. At the moment, Logan has suspended dollar bond payments.

Chinese developer Shimao Group proposed the repayment of its $11.8bn offshore debt over a period of 3-8 years via a two-class restructuring plan, as per a Reuters report. The two classes are known as the Class A and Class B plans. Below are the details regarding the restructuring plan:

Lucror Analytics notes that the restructuring does not include a haircut for creditors. However, the plans will exclude $2.3bn in offshore debt including project loans, and loans backed by onshore financial institutions. It was reported that creditors wanted Shimao to treat all classes of offshore creditors equally. Sources said that creditors requested Shimao to prevent capital from flowing out from its offshore entities. Creditors were also said to be planning to ask the company for an increase in the ratio of the amortized repayment, and a sweetener to enhance the credit profile of Shimao’s debt.

Besides, Shimao also is reported to have told some of its offshore creditors that it planned to pay them interest after its cash flow recovers. The developer will retain the right to dispose two assets in Hong Kong and use the proceeds for pro-rata repayment/prepayment/repurchase the new instruments issued in the secondary market with regard to the restructured debt. Admiralty Harbour Capital and Sidley Austin are advisers to Shimao on the restructuring.

In May, the developer was said to face possible liquidation after it received a wind-up petition from Flower SPV-4 Ltd. on failing to repay an outstanding loan of $149mn on May 26. The petition was filed in the Grand Court of the Cayman Islands. In an exchange filing Fantasia said “it would oppose the petition vigorously”, and that it will apply to the Cayman Islands court for a validation order to protect the company and its shareholders’ legal rights. Further, it added that in the event that the validation order is not granted, but the winding-up order is not dismissed or permanently stayed, “all transfer of shares on or after May 26 shall be void”.

On October 5, 2022, Fantasia said that it reached an agreement with its major dollar bond creditors regarding “basic commercial terms” of a debt plan. However, it did not say what type of debt or plan is involved or who the creditors were. The developer said that the deal would relieve its debt pressure.

Guangzhou R&F Properties entered into a debt restructuring agreement by getting the consent of its bondholders to extend the maturities on 10 of its dollar bonds with a combined principal of $4.9bn as per an exchange filing. The 10 bonds are given below:

The developer had launched a consent solicitation in late June, to make amends on its notes like extending the maturity, changing terms of default, interest rate provisions and waiving the requirement to maintain and fund the interest reserve account. Noteholders accepted to consent proposal with 88% on average. It required at least 66% of the principal of each offshore bond to form a quorum and at least 75% of those who attended the meeting to vote in favor.

The new bonds will be amortizing.

Kaisa Group, which was in default after missing the principal payment on its $400bn bond on December 7, 2021 entered into a debt restructuring agreement with Citic Bank, according to Caixin Global. As part of the arrangement, Kaisa has transferred equity in several projects to a special-purpose entity, newly formed by Kaisa and Citic Bank, known as Western Trust Co. As commercial banks are prohibited from investing directly in properties not for their own use, Western Trust Co. owns the majority of the projects transferred from Kaisa. However, the actual interests are owned by Citic Bank. In return, Citic granted Kaisa an extension of its debts and even injected extra capital to ensure the completion of the underlying projects.