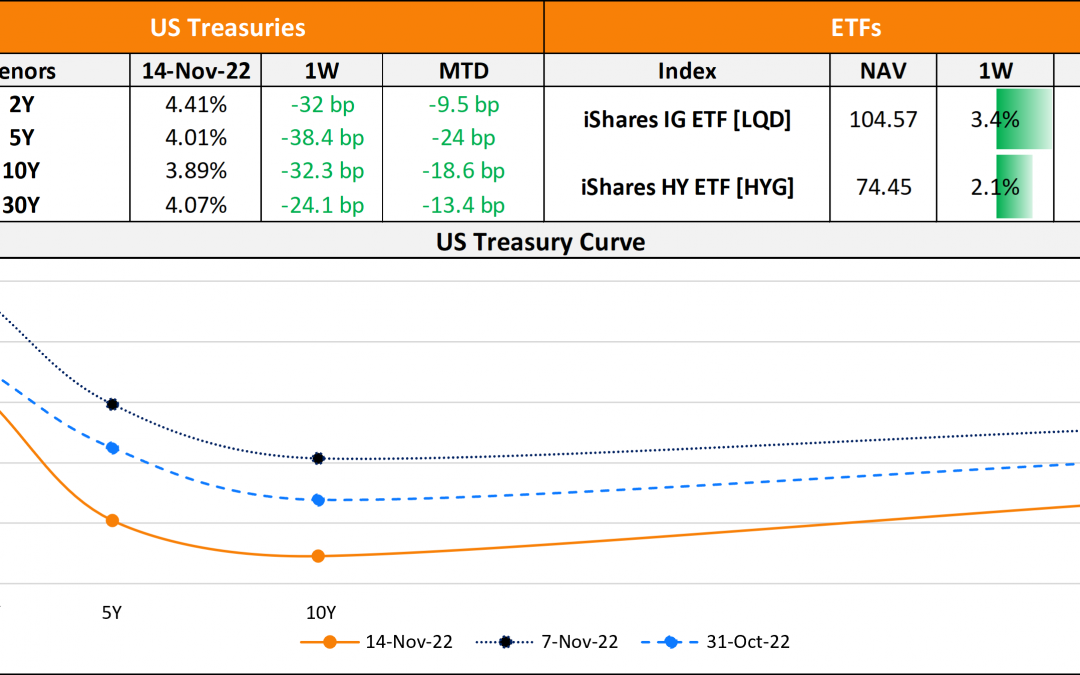 The US yield curve saw a sharp downward shift across tenors late last week after a softer than expected inflation print – US CPI came in at 7.7% for October, lower than expectations of 7.9%. Core CPI came at 6.3%, also lower than expectations of 6.5%. The 2Y, 5Y and 10Y yields dropped over 30bp last week causing a rally across the bond market, particularly IG bonds that saw its largest 1-Day gain in over 30 years. US primary market issuances saw a sharp increase in deals to $39.5bn vs. $11.4bn in the week prior. IG issuances stood at $33.7bn led by GE Healthcare’s $8.25bn six-trancher, Oracle’s $7bn four-trancher and Citi’s $2.75bn deal. HY issuances stood at $6.3bn led by DISH Network’s $2bn issuance and Nielsen’s $1.96bn deal. In North America, there were a total of 15 upgrades and 60 downgrades across the three major rating agencies last week. As per Lipper data, US IG funds saw $1.74bn in outflows in the week ended November 9, a twelfth straight week of outflows while HY funds saw $1.26bn in inflows, a third straight week of inflows. In fact, collective daily flows into two of the largest HY ETFs – HYG and JNK – hit a record high of over $2.15bn. HYG pulled in $1.15bn, the highest since March and sixth highest on record while JNK received over $1bn, its highest ever. LatAm saw $691mn in new deals after two consecutive weeks of no issuances with Yara International raising $600mn. In South America, there were no upgrade and 7 downgrades across the major rating agencies. EU Corporate G3 issuance rose sharply to $41.1bn vs. $8bn a week prior with banking majors dominating the tables – Credit Suisse raised $5bn via a multicurrency issuance followed by Deutsche Bank, SocGen, ING Groep and HSBC raising €1.25bn each. Across the European region, there were 39 upgrades and 14 downgrades. The GCC G3 primary bond market saw $210mn in deals vs. no issuance in the prior week led by SNB’s $150mn issuance. Across the Middle East/Africa region, there were 10 upgrades and downgrades each across the three major rating agencies. APAC ex-Japan G3 issuances were at $5.2bn vs. $450mn in the week prior – Westpac’s $2.5bn two-trancher, ANZ’s $2bn issuance and Jinan Hi-Tech International’s $200mn deals led the tables. In the APAC region, there were 2 upgrades and 13 downgrades combined across the three rating agencies last week. 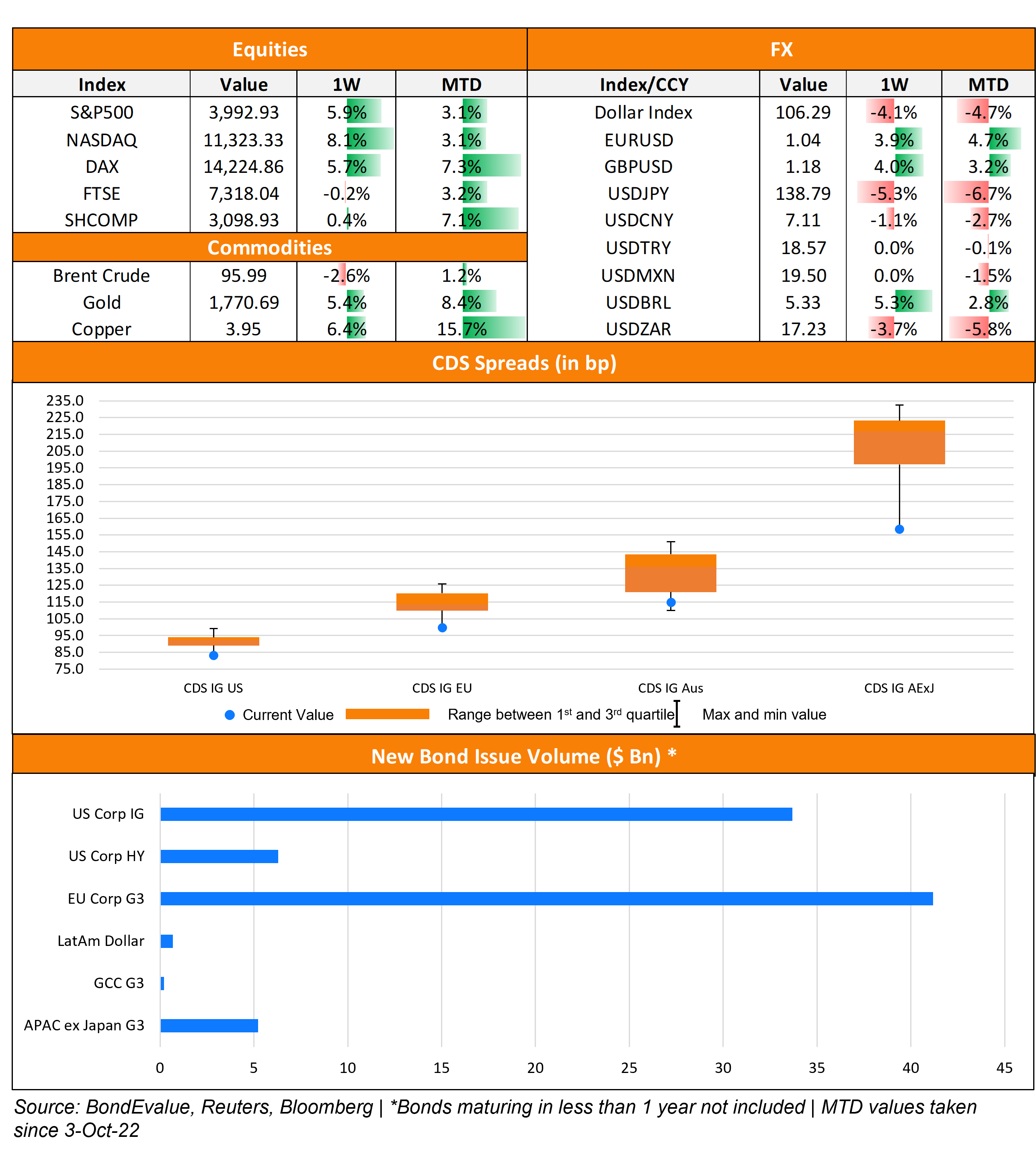