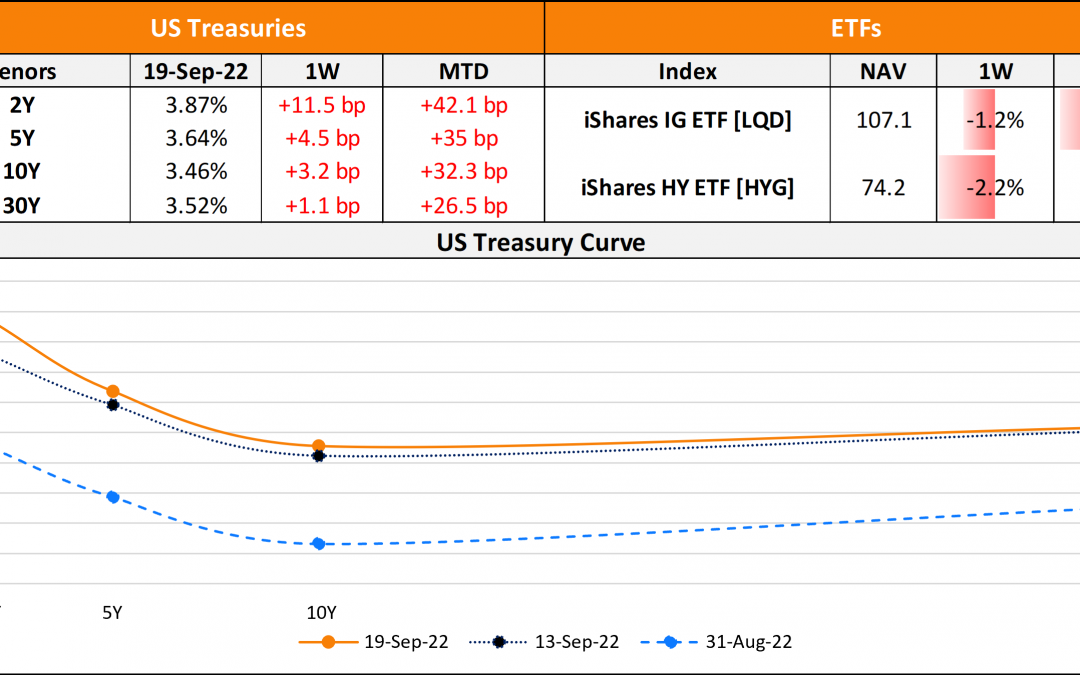 US primary market issuances saw a drop in deal volumes to $14.5bn vs. $38.8bn last week as rising rates amid persistent US inflation weighed on markets. This caused an increase in volatility with markets pricing in a more hawkish Fed at Wednesday’s (21 September) FOMC meeting. Of the overall US deals, IG issuances stood at $13.95bn led by T-Mobile’s $3bn three-trancher and Toyota’s $2.25bn two-trancher. HY issuances were at $500mn with CRX Resources being the sole issuer. In North America, there were a total of 16 upgrades and 49 downgrades across the three major rating agencies last week. As per Lipper data, US IG funds saw $758mn in outflows in the week ended 14 September, a fourth straight week of outflows after three consecutive weeks of inflows. HY funds saw $734mn in inflows. In the LatAm region, there were no new issuances for a third consecutive week. In South America, there were 9 upgrades and 7 downgrades across the major rating agencies. EU Corporate G3 issuances were slightly higher at $40.1bn vs. $25.2bn one week prior – KBC Bank raised €2.5bn followed by Credit Agricole’s €2bn and Nordea Bank’s $2bn dual-tranchers. Across the European region, there were 15 upgrades and 30 downgrades. The GCC G3 primary bond market saw just one new bond deal worth $300mn from Private Department of Sheikh Mohamed Bin Khalid al-Nahyan (PD), vs. $500mn in the week prior. Across the Middle East/Africa region, there were 2 upgrades and 1 downgrade across the three major rating agencies. APAC ex-Japan G3 issuances dropped to $700mn vs. $6.7bn in the week prior led by Korean Air and Shangyu State-owned Operative’s $300mn deals. In the APAC region, there were 9 upgrades and 16 downgrades combined across the three rating agencies last week. 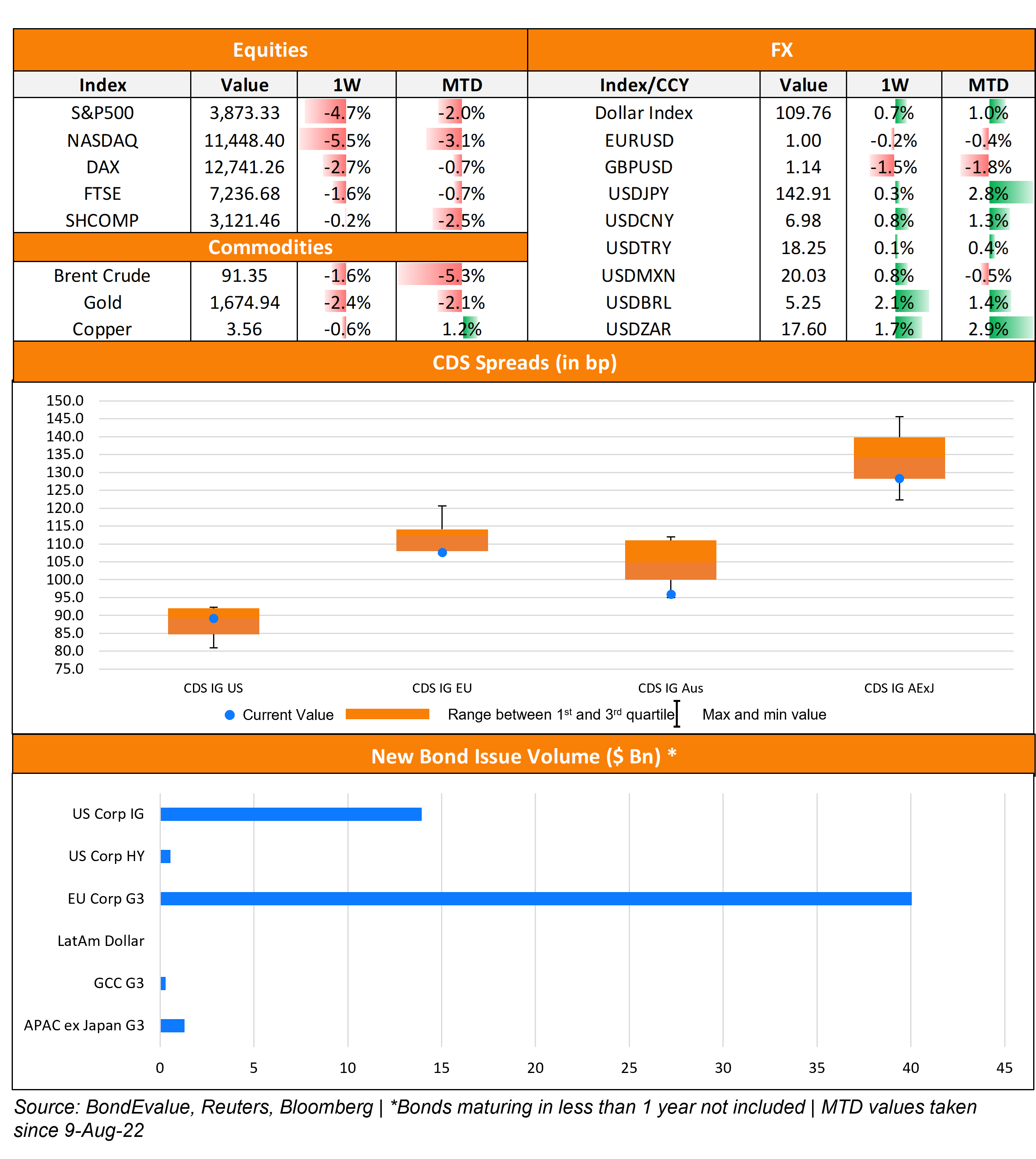