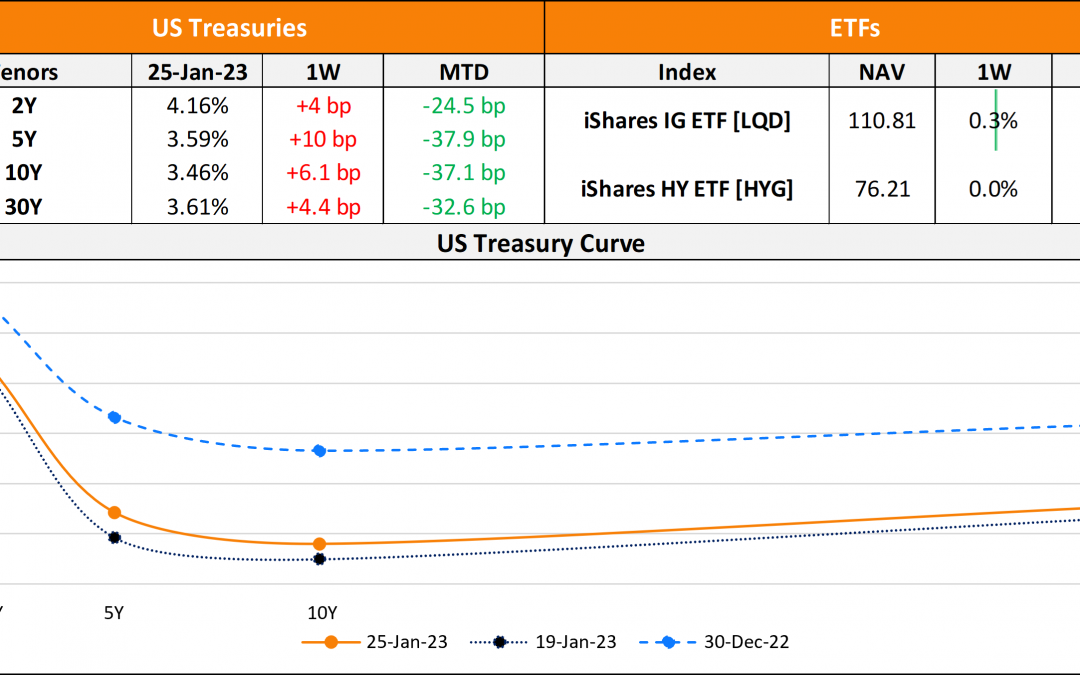 LatAm saw no new deals last week vs. $2.4bn a week prior. In South America, there were no upgrades and 6 downgrades across the major rating agencies. EU Corporate G3 issuance stood at $28.3bn vs. $69.3bn a week prior. Issuance volumes were led by EDF’s ~€3bn multi-currency four-tranche deal, Banco Santander’s $1.5bn deal and BFCM’s $1.25bn issuance. Across the European region, there were 13 upgrades and 24 downgrades. The GCC G3 primary bond market saw $665mn in deals vs. $10.5bn in the week prior to it with First Abu Dhabi Bank raising the majority at $600mn. Across the Middle East/Africa region, there was 1 upgrade and 6 downgrades across the major rating agencies.

APAC ex-Japan G3 issuances registered another strong week of issuances at $600mn vs. $15.1bn in the week before that with Woori Bank being the sole issuer ahead of the Lunar New Year. In the APAC region, there were 4 upgrades and 14 downgrades combined across the three rating agencies last week. 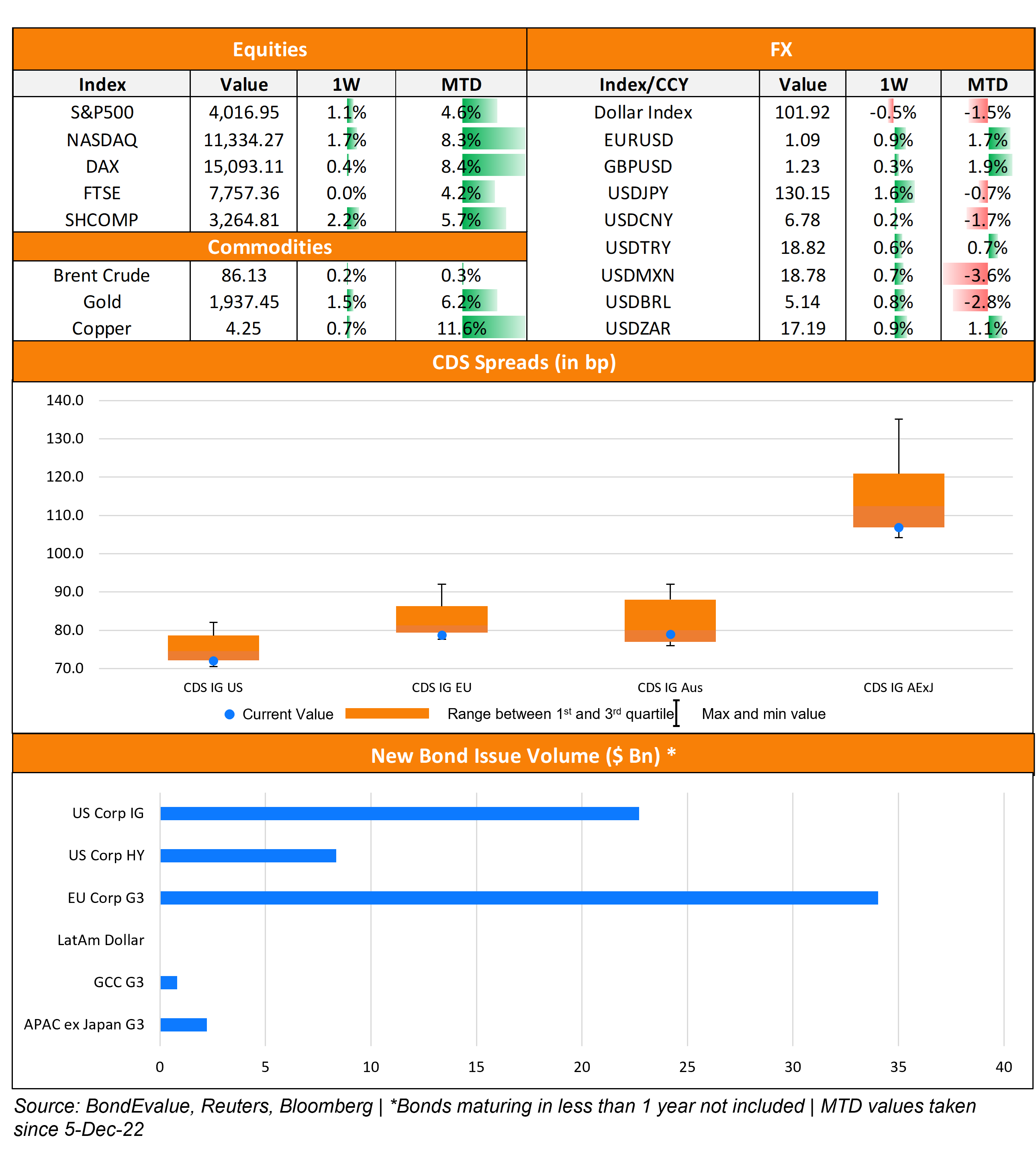