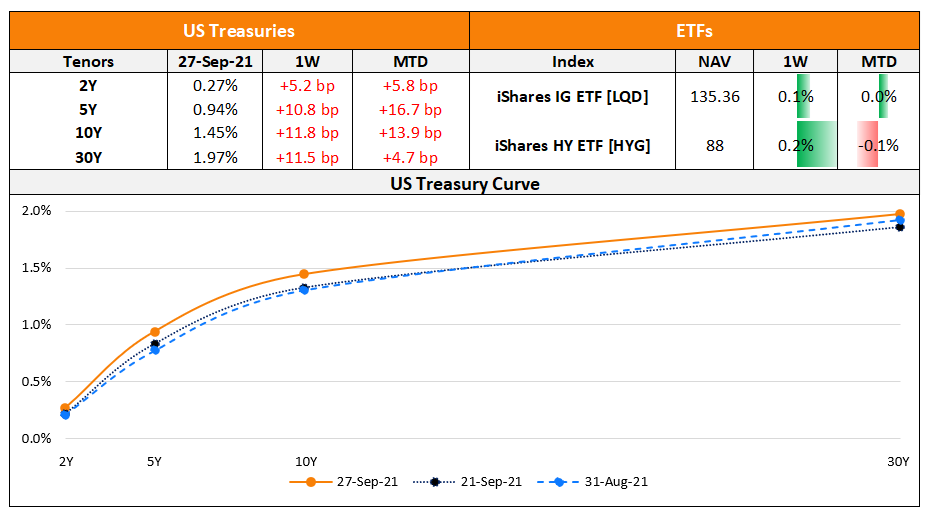 The week gone by was filled with bouts of sharp volatility on account of Evergrande’s impact not just on Chinese markets but overall global markets. Issuance volumes dropped overall and credit risk sentiment worsened, evidenced by the Asia ex-Japan CDS spreads widening 21bp on a single day, to end the week 16bp wider as seen in the chart above. 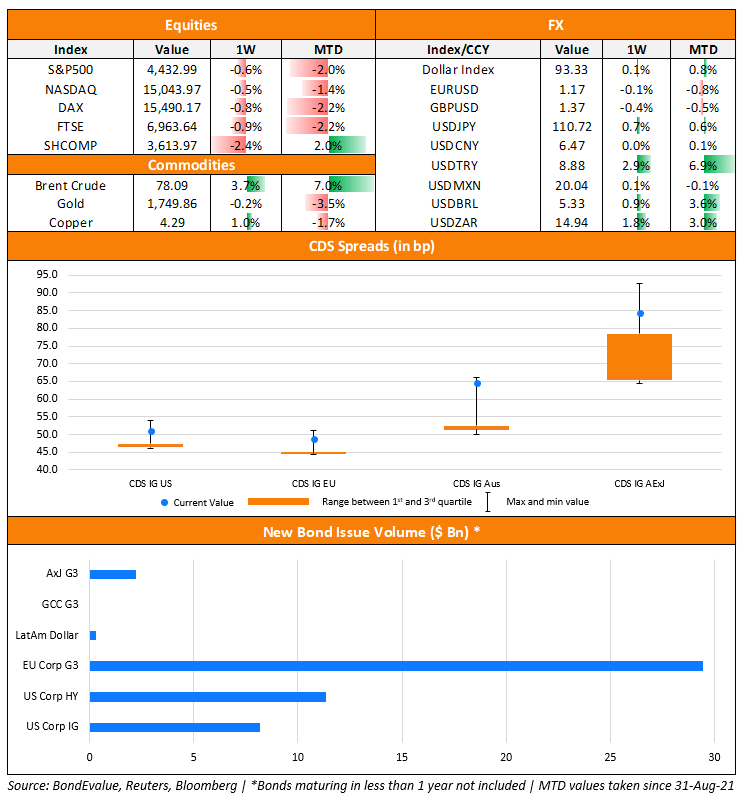