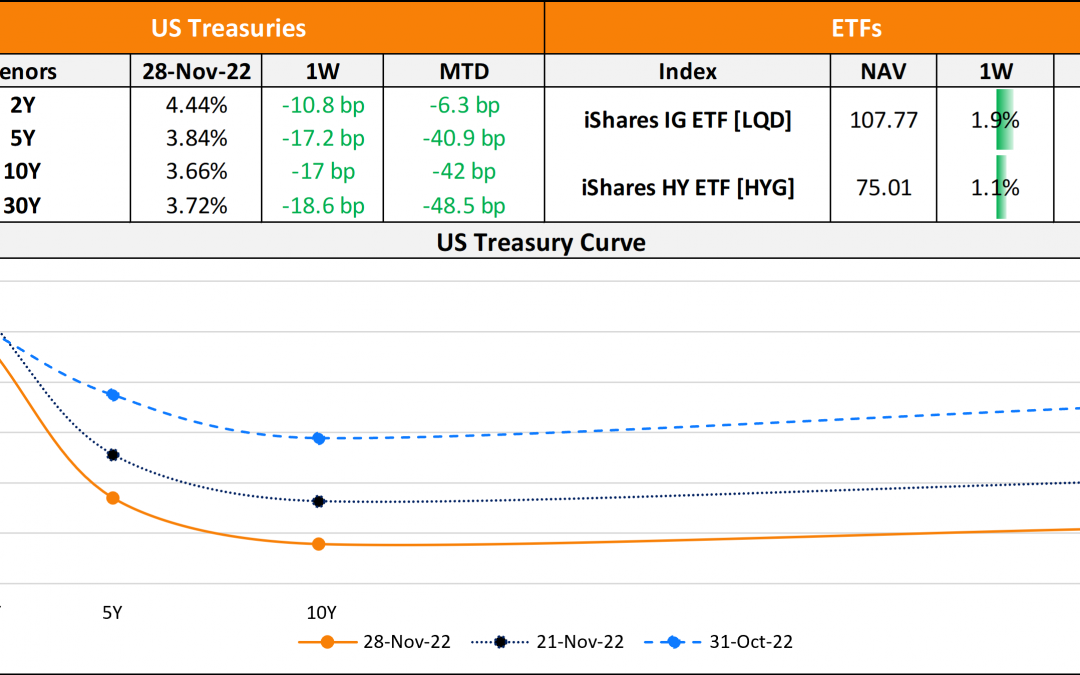 US primary market issuances dropped massively in a shortened week to $1.3bn vs. $20.2bn in the week prior. IG issuances stood at $750mn with Discover Financial Services being the sole issuer. The remaining $555mn in deals was from HY issuer Sabre GLBL. In North America, there were a total of 16 upgrades and 39 downgrades across the three major rating agencies last week. As per Lipper data, US IG funds saw $1.79bn in outflows in the week ended November 23, a fourteenth straight week of outflows while HY funds saw $2.2bn in inflows, a fifth straight week of inflows. LatAm saw $357mn vs. $1.5bn in new deals with Banco de Crédito e Inversiones raising $314mn. In South America, there were no upgrades and 1 downgrade across the major rating agencies. EU Corporate G3 issuance stood at $32.1bn vs. $34.2bn a week prior with Credit Agricole raising €2.25bn via a two-trancher, ArcelorMittal’s $2.2bn two-trancher and Banque Federative du Credit Mutuel’s €1.5bn issaunce. Across the European region, there were 17 upgrades and 29 downgrades. The GCC G3 primary bond market saw $750mn vs. $1.1bn in deals in the prior week led with Dubai Islamic Bank (DIB) raising the entire amount. Across the Middle East/Africa region, there were 11 upgrades and 16 downgrades each across the three major rating agencies. APAC ex-Japan G3 issuances were at $2.3bn vs. $6.6bn in the week prior led by ASB Bank’s $650mn deal, China Reform’s $550mn deal and Linjiang Investment’s $300mn issuance. In the APAC region, there were 11 upgrades and 16 downgrades combined across the three rating agencies last week. 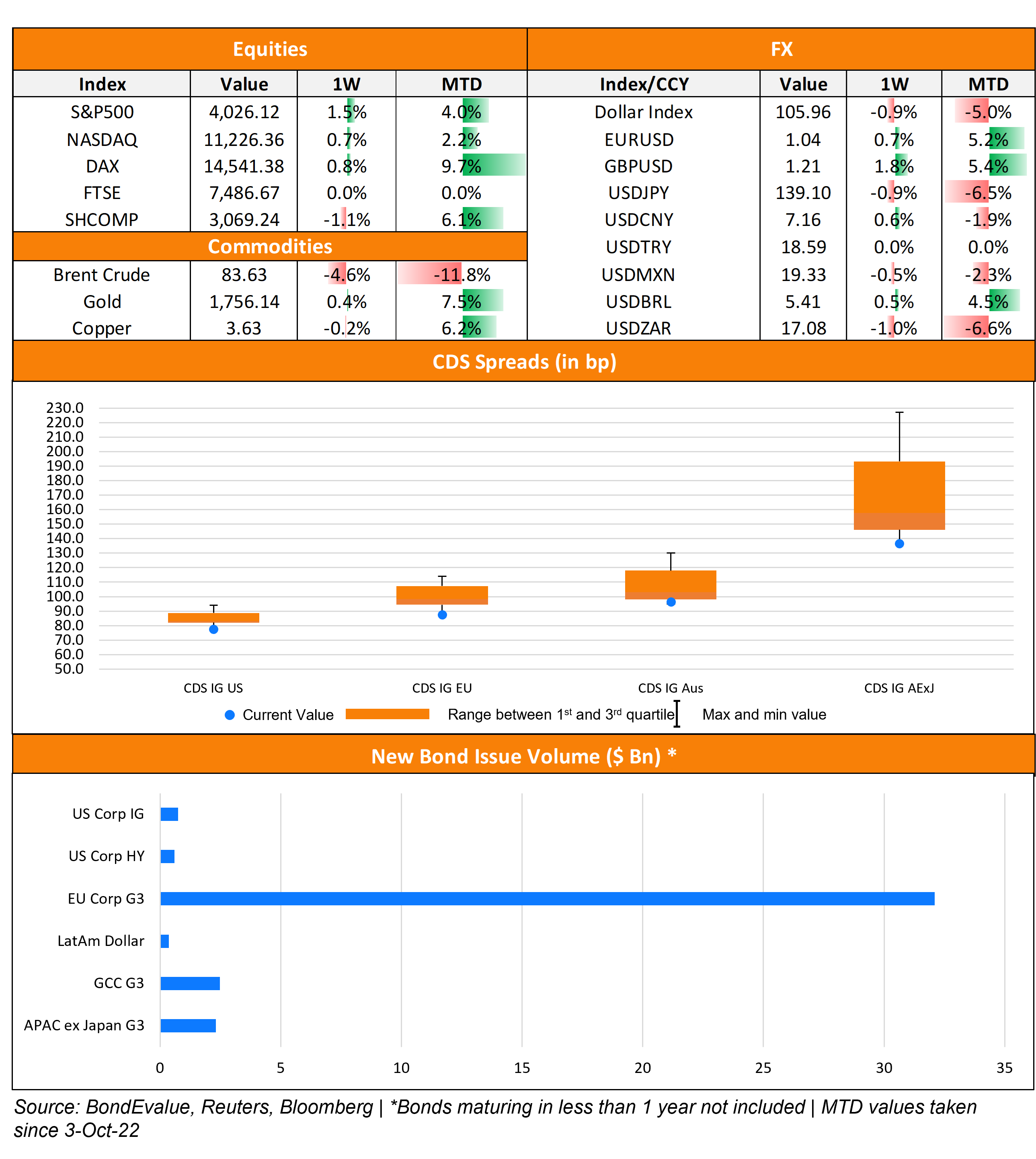