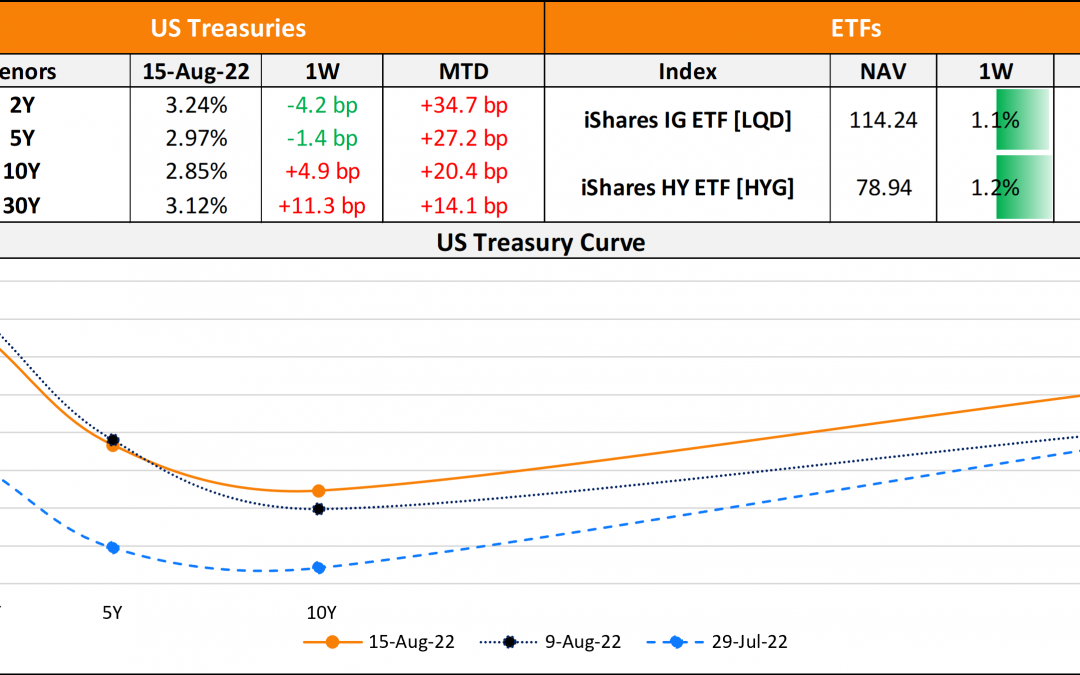 US primary market issuances dipped last week to $19.9bn vs $37.8bn in the week prior. IG issuances stood at $18.5bn vs. $35.8bn in the week prior, led by Duke Energy raising $3.2bn via a three-tranche deal, followed by Global Payments raising $2.5bn in a four-trancher. In the HY space, there were new bond deals worth $1.45bn vs. $1bn in the week prior, led by Ford Motor raising $600mn. In North America, there were a total of 16 upgrades and 36 downgrades across the three major rating agencies last week. As per Lipper data, inflows into US IG funds continued for the second week in a row with $70.2mn of additions in the week ended 12 August. HY funds too posted additions, with inflows of $27.3mn. In the LatAm region, there was an increase in new issuances to $2.6bn vs. $500mn in the week prior. Mexico alone raised $2.2bn via a 11Y Sustainability bond at a yield of 5.105%, 30bp inside the initial guidance of T+265bp area. The senior unsecured bonds have expected ratings of Baa2/BBB. The new bonds priced to offer a new issue premium of 34.5bp vs. its older 7.5% 2033s that yield 4.76%. In South America, there were no upgrades and 5 downgrades across the major rating agencies. EU Corporate G3 issuance fell to $15.5bn vs. $25.4bn one week prior – Credit Suisse raised $4.41bn to lead the table, followed by Banco Santander raising $3.38bn, both via dual-tranchers. Across the European region, there were 9 upgrades and 99 downgrades with the a large chunk of the latter primarily emerging out of Italian cities. This comes just a couple of weeks after Moody’s cut Italy’s outlook to negative from stable after macro-risks from fallout of the Russia-Ukraine crisis. The GCC G3 primary bond market had no major issuances last week, making it the fifth consecutive week of no new bond deals. Across the Middle East/Africa region, there were no upgrades and 5 downgrades across the three major rating agencies. APAC ex-Japan G3 region issuances dropped to $768mn vs. $1.8bn in the week prior – SDSC International Development raised $200mn, followed by Wuxi Chengkai Industrial Development raising $165mn. In the APAC region, there was 1 upgrade and 12 downgrades combined across the three rating agencies last week. 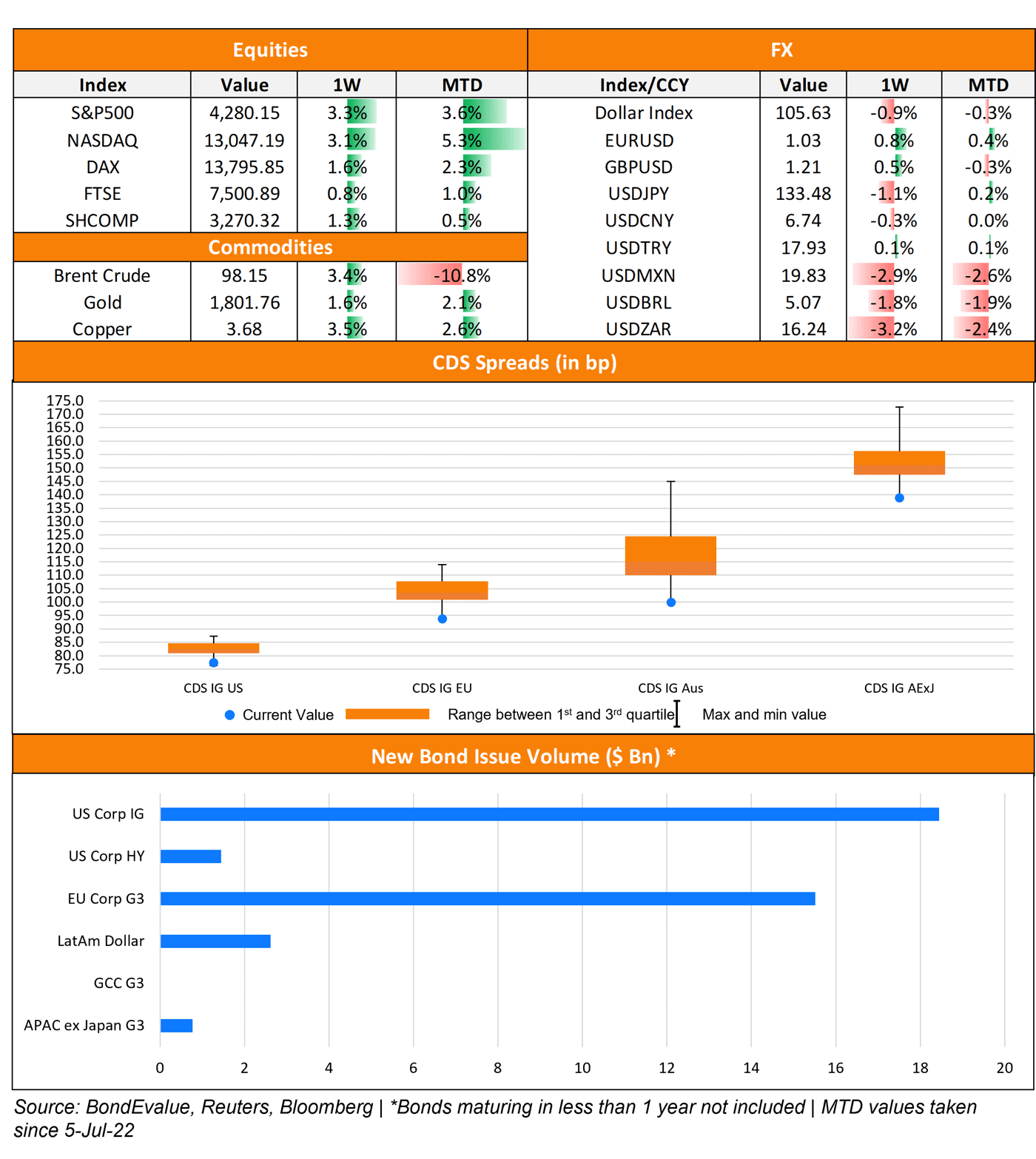