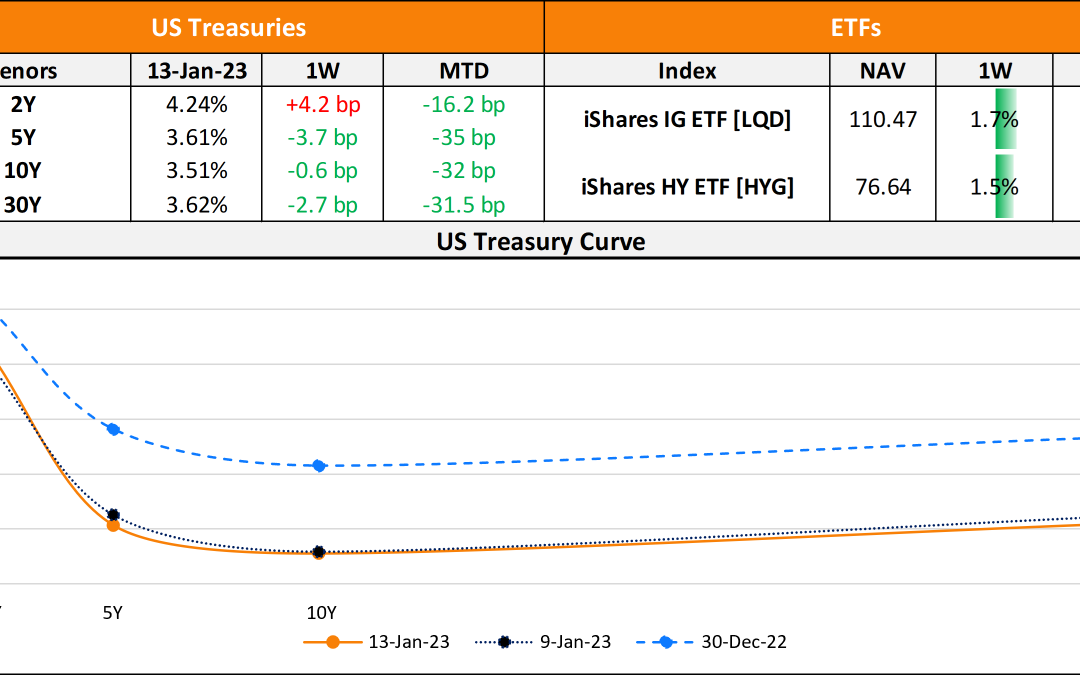 US primary market issuances stood at $17.6bn last week vs. $23.6bn a week prior. IG issuances stood at $15.7bn led by Regal Rexnord’s $4.75bn four-trancher and Toyota’s $3bn four-trancher. HY issuances stood at $1.8bn with Venture Global Calcasieu raising $1bn and Transocean raising $525mn. In North America, there were a total of 9 upgrades and 26 downgrades across the three major rating agencies last week. As per Lipper data, US corporate bond funds saw $9.1bn in inflows for the week ended January 11. IG funds snapped a three-week losing streak as they saw $6.6bn in inflows, its biggest since 20 January 2021. HY funds also saw inflows of $2.51bn after a $2.2bn outflow in the prior week.

LatAm saw $2.4bn in new deals last week vs. $4bn a week prior with Ecopetrol raising $2bn and Liberty Costa Rica raising $400mn. In South America, there were 10 upgrades and 13 downgrades across the major rating agencies. EU Corporate G3 issuance stood at a massive $69.3bn vs. $68.9bn a week prior. Overall, Europe’s primary market hit a record of €100bn worth of new bond deals in a week. Issuance volumes were led by Banco Santander raising €5bn via a three-trancher, KfW’s $4bn issuance and Deutsche Bank’s ~$3.1bn equivalent multi-currency three-trancher. Across the European region, there were 5 upgrades and 8 downgrades. The GCC G3 primary bond market saw $10.5bn in deals vs. no deals in the week prior to it – Saudi Arabia raised a massive $10bn via a three-trancher and First Abu Dhabi Bank raised $500mn. Across the Middle East/Africa region, there were no upgrades nor downgrades across the major rating agencies.

APAC ex-Japan G3 issuances registered another strong week of issuances at $15.1bn vs. $18.9bn in the week before that – the tables were led by Philippines raising $3bn via a three-trancher, followed by SK Hynix’s $2.5bn three-part deal, Westpac’s €1.5bn dual-trancher, ICBC’s $1.5bn two-trancher and EXIM India’s $1bn issuance. In the APAC region, there were 2 upgrades and 7 downgrades combined across the three rating agencies last week. 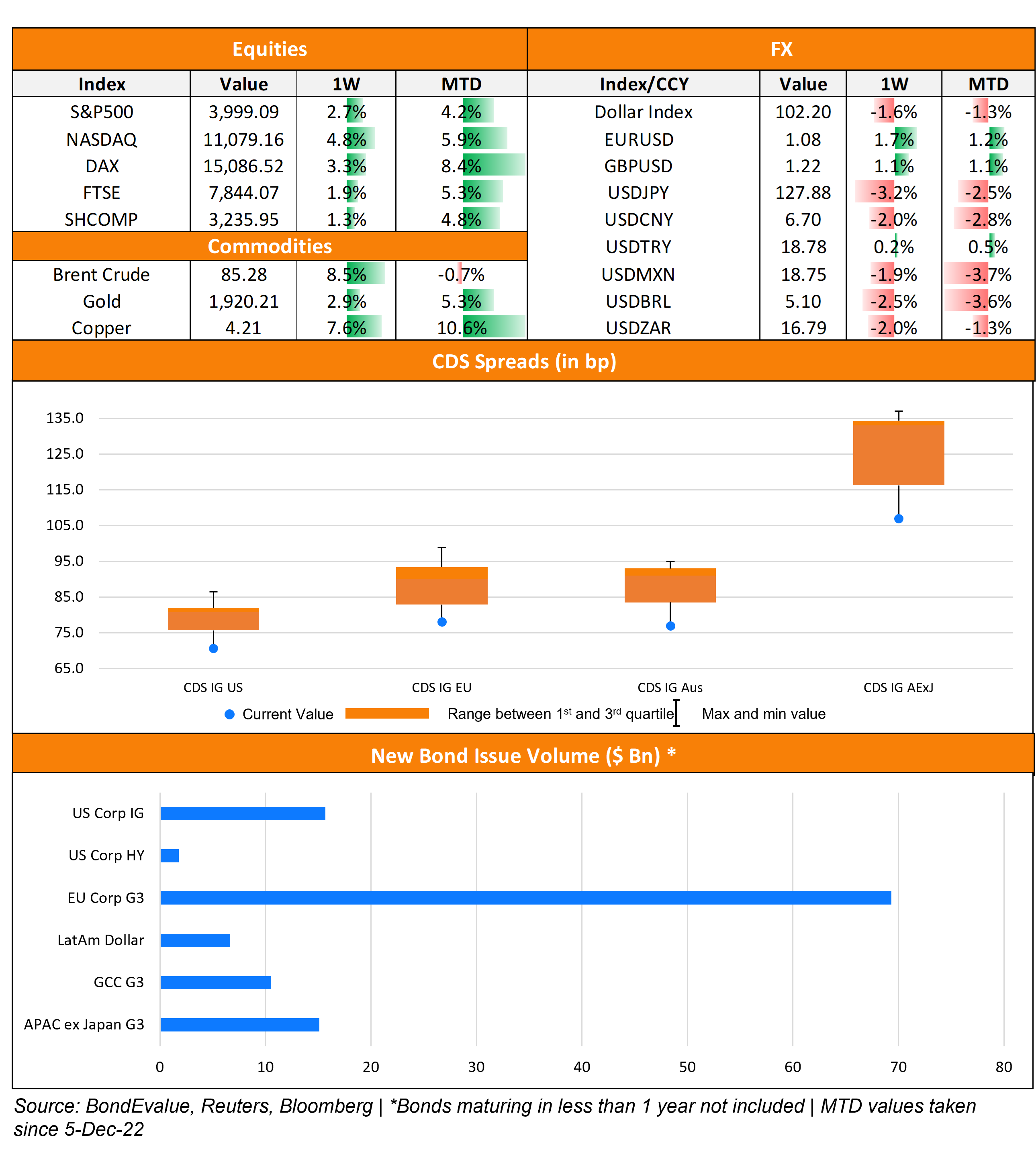