Thyssenkrupp Weighing a Spin-Off of Its Steel Business 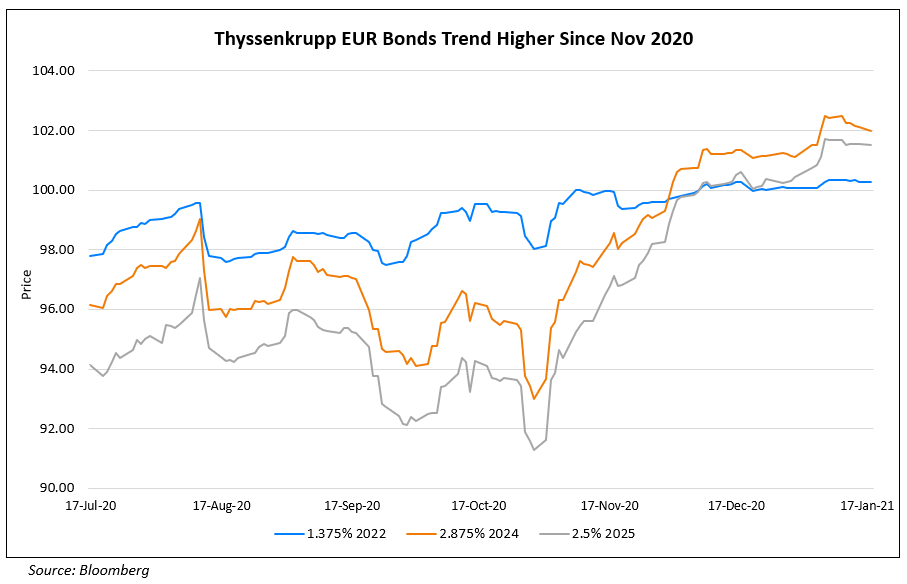 German engineering company Thyssenkrupp is considering a spin-off of its struggling steel business, as per sources familiar with the matter. British tycoon Sanjeev Gupta’s Liberty Steel is considered to be the frontrunner, as Thyssenkrupp is currently in the process of reviewing Liberty’s non-binding offer made in October last year. The FT reported that potential mergers with Sweden’s SSAB and German rival Salzgitter are also being considered, although there has been no official announcement. Thyssenkrupp announced on Monday that independently developing the steel business remains an option with a decision expected by spring. The steel business employs 27,000 people and lost almost €1bn ($1.2bn) last year. However, the outlook for steel has been positive as spot prices have hit its highest level in nine months. While the company no longer suffers from a liquidity squeeze after it sold its crown jewel lift and escalators business last year for €17.2bn ($20.8bn), it lost over €5.5bn ($6.65bn) in the last financial year.

Thyssenkrupp’s euro denominated bonds have witnessed a strong recovery over the past two months with its 2024s and 2025s up ~10 points since early November.