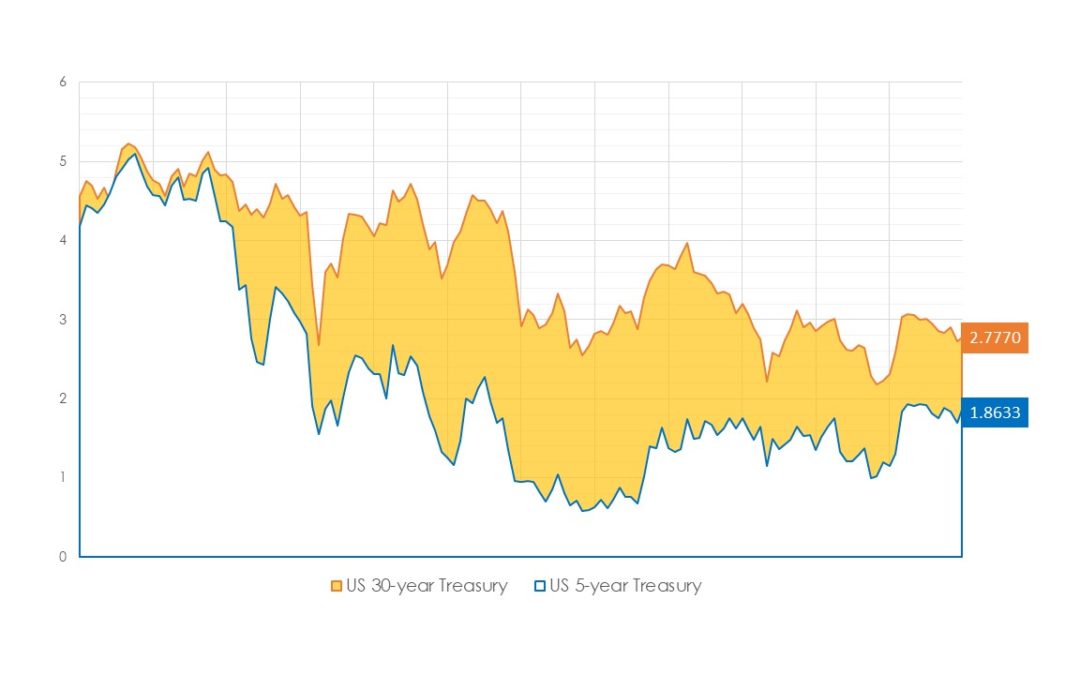 September’s FOMC meeting, which is the 6th this year, saw officials hold interest rates unchanged at 1.00-1.25 with consensus leaning towards a December hike. Perhaps more importantly, policy makers are seeking to avoid possible repeat of 2013 taper tantrum with better communication efforts. Balance-sheet unwind was announced to begin next month in October, as expected.

Treasuries continues to edge lower, led by the 5-year and 10-year yields which saw both saw a 10bp increase from the start of last week. 30-year yields have been left pretty much unchanged, producing the flattest levels of 5s30s since 2007. 5s30s refer to the spread between the 5-year yields and 30-year yields of a benchmark (say US Treasuries). According to Bloomberg Data, 5s30s are currently at 91.36, which puts it at 10-year lows. Essentially, tightening spreads for 5s30s suggests lesser difference in holding a longer tenor benchmark rate (30-year) versus a shorter one (5-year).

With the spreads of the latter two tightening, there becomes less rewards to hold longer tenor and riskier bonds.

We have to understand the ability of the central bank to influence short term and long term rates. The Federal Reserve is able to set the federal fund rate (overnight rate), which gives it the direct ability to control and influence the short end of the curves. In contrast, the tail end (long term rates) is determined by market forces (supply and demand) through equilibrium pricing. For example, if the market believes that the fund rate is set too low, and expectations of future inflation rise, then long term rates increase relative to the short term (yield curve steepens). It seems that the reverse seems to hold, given the flattening trend of the yield curve, where the Fed has raised short term rates, but the longer term rates stagnate.